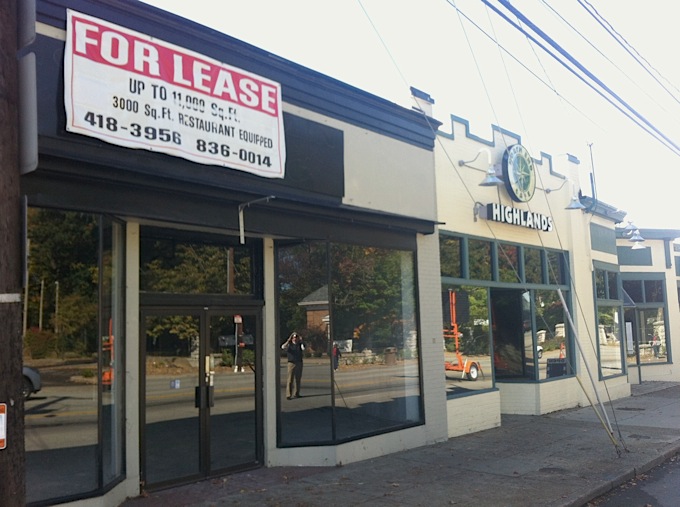 Like microbrews? Then you’re in luck. A new microbrewery, Great Flood Brewing, plans to open a taproom in the Highlands early next year.

Taproom, not a brewpub, which means partners Matt Fuller, Vince Cain and Zach Barnes won’t be serving food other than bar snacks. The trio of accomplished homebrewers just wants to play to its strengths—good beer, not food.

Construction at the site (2120 Bardstown Rd., next door to North End Café and just steps from the corner of Douglass Blvd.) is already underway and is being overseen by Fuller. His partners have kept their day jobs, but expect to begin helping Fuller during the evenings next year when it opens.

Expect eight Great Flood brews on tap at all times, with a likely rotation of four new ones each week. There are no plans to share taps with other brews since the gubment doesn’t make that terribly easy for smaller brewers.

While the group’s homebrew background has allowed them to build an extensive repertoire of recipes, Fuller said drinkers should expect a central theme of ales at the start.

Great Flood initially will operate Thursday through Sunday, but hours are likely to be extended when the place takes off—as it should. We Louisvillians love our craft beer!

For those who wonder if the craft beer scene is approaching saturation, perish the thought.

At least that’s what every brewer in town we’ve talked to says. So eager are they to see more craft breweries that the Great Flood guys say they’ve already been helped with their start-up process by future competitors. Any new exposure to craft beer, they believe, will only raise awareness for their own.

Keep watch of this space and we’ll let you know when the actual opening date will be.

But wait, there’s more … Beers from Sweetwater Brewing Co., an Atlanta-based craft brewery, are now available in the Louisville market. According to a press release (and a box of samples) from the brewery, the three styles delivered first are the Extra Pale Ale 420, the Blue, which is a blueberry-accented beer, and the IPA.