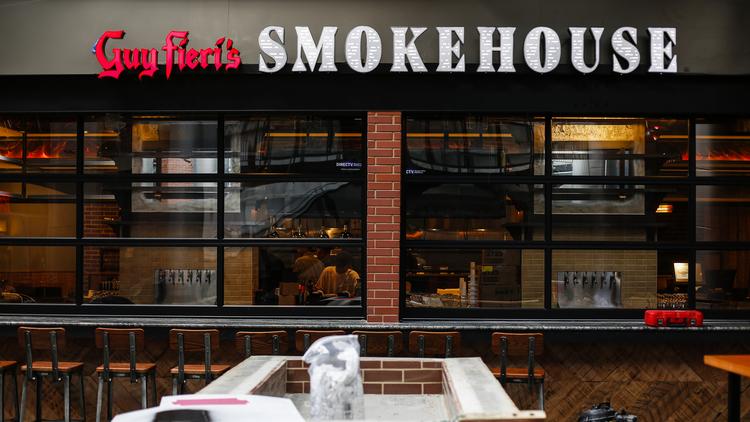 After a rather quick turnaround, Guy Fieri’s Smokehouse will open at Fourth Street Live! tomorrow, Sept 10, at 9 p.m. The space that the latest venture by the Food Network celebrity chef will occupy was originally Sully’s, on the street level of the entertainment and dining complex.

The space is large, at 6,700 square feet, 117 seats inside and 79 on a patio. Two smokers will be puffing all day to prepare for the opening. Fieri has several other chain restaurant concepts, including burger outlets on cruise ships, but he is now pushing his new  Smokehouse brand.  He will soon open a second Smokehouse location in Norfolk, Va.,

The Smokehouse will, of course, serve various barbecue dishes, as well as burgers, pork chops, sandwiches and Fieri’s own versions of fried chicken, pork rinds, macaroni and cheese and some vegan-friendly dishes.