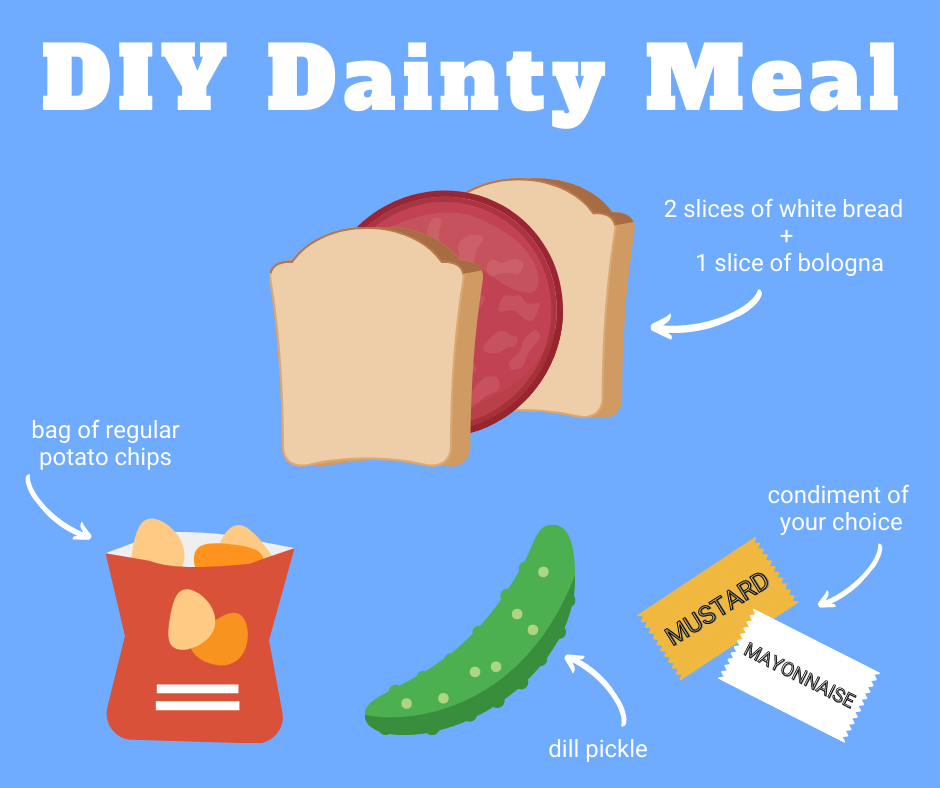 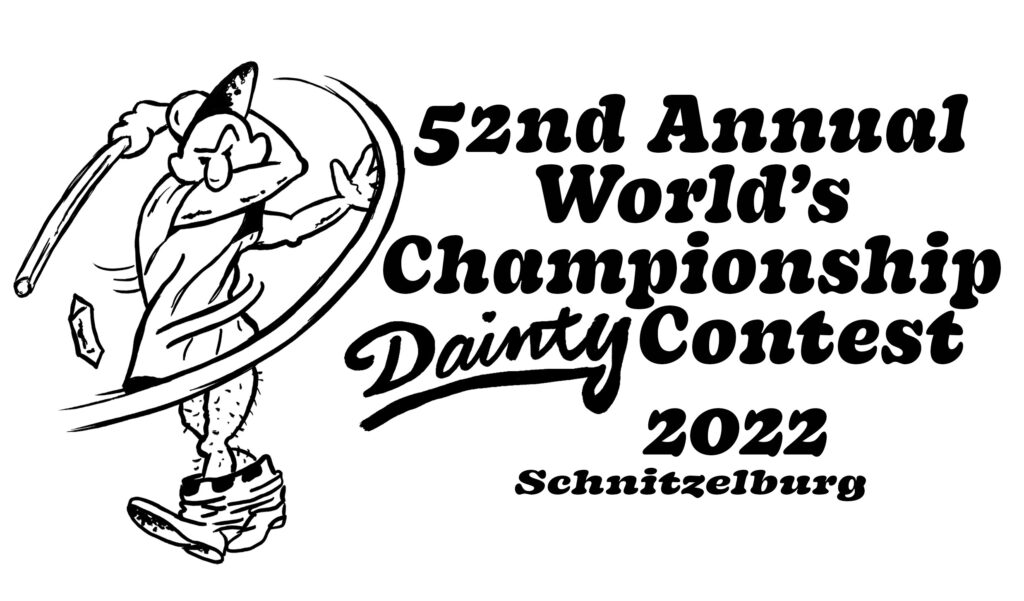 There’s a lot to unpack here, so to begin, let’s define our terms for the benefit of those out-of-towners who might be scratching their heads.

Schnitzelburg is a special part of the larger area of Louisville known as Germantown. While all of Germantown includes the area roughly bound by Breckinridge St., Shelby St., Eastern Pkwy., and Beargrass Creek, Schnitzelburg is the southwest (Shelby and Eastern Pkwy.) corner of the larger area. Traditionally, Schnitzelburg was defined by the loop of the old Portland-Shelby bus, and before that by a mule drawn car that made the same loop. The loop began at Shelby and Goss, and went out Shelby to Burnett, Burnett to Texas, Texas to Goss and back to Shelby.

And, how might the 52nd Annual World Championship Dainty Contest and Dainty Fest be described?

A German street game. A cherished tradition. On the last Monday in July, Schnitzelburg crowds onto the sidewalk of George Hauck Way (1000 Goss Avenue) to eat bologna sandwiches, listen to ragtime music, and watch contestants swing a whittled broom stick in hopes of being crowned a World Champion.

Nearly 110 years after its original opening date, the former Hauck’s Handy Store will be reopening soon as a different concept — but with a familiar atmosphere.

Hauck’s Corner, located at 1000 Goss Ave. in the Schnitzelburg neighborhood, plans to host a soft launch in the coming weeks. Jeff Walschon, part owner of the bar, said it will reopen with a ticketed open house for the World Dainty Contest on July 24 and 25, and then host a grand reopening in the weeks to follow.

The 2,000-square-foot storefront has been preserved and renovated into the new bar concept, paying homage to its late owner George Hauck.

There is more about the Open House at the Hauck’s Corner Facebook page.

Let’s have a look at those posters (submitted by Michael Moeller) and credit the Schnitzelburg Community page for today’s DIY cover photo. 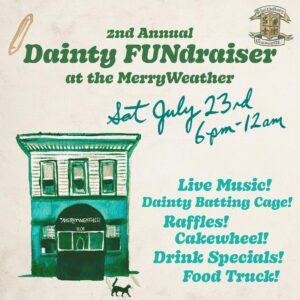 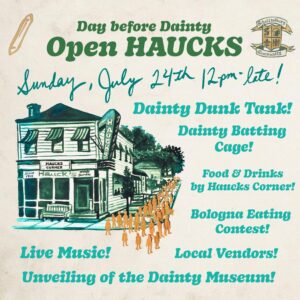 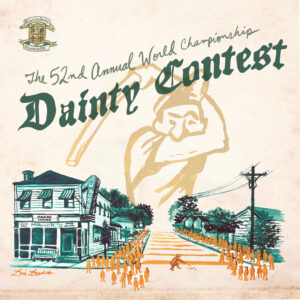 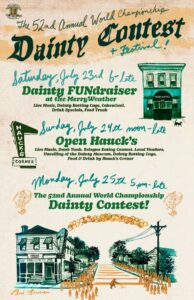