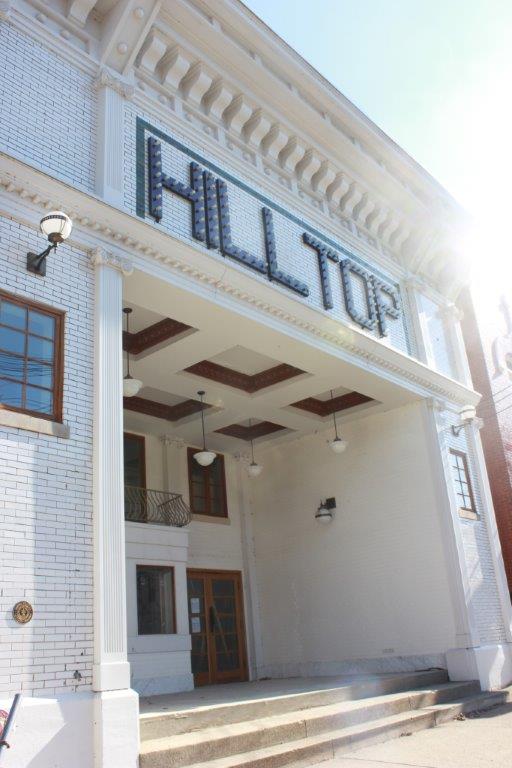 The iconic Clifton neighborhood movie palace, the Hilltop Theater, hasn’t shown a movie in decades, and has been under various stages of renovation and adaptation for a number of years now. But soon the building at 1757 Frankfort Ave. will open as the Red Herring Cocktail Lounge and Kitchen, as announced earlier this week by owner Brett Davis.

Davis, one of Louisville’s two Master Sommeliers, plans to open his bar and small plates restaurant in late April. Jacob Coronado will be the chef, and Clay Livingston, named by GQ magazine as one of the nation’s most imaginative bartenders, will oversee the cocktail program, which will feature a menu of the 100 most influential classic cocktails and some contemporary craft creations.  There will also be frozen drinks and adult milkshakes on offer, and wines and regional craft beers.

The food menu will feature sophisticated bar food that plays off the cocktail program, things such as Coronado’s version of the classic pub burgers and hot dogs to dishes highlighting fun things like halibut cheeks and chicken skin. A special feature will be a daily “blue plate” special from 4 until 6 p.m. during the week, a full meal for less than $10. Red Herring will be open from 4 p.m. until 2 a.m. nightly serving meals until 1 a.m.

The Hilltop Theater has been a Clifton fixture since 1915. Davis and his financial partner Mo Deljoo have been slowly restoring the brick and concrete building that has vaulted ceilings, crown moldings and other classic architectural details.

Jacob Coronado and Clay Livingston have worked together at 8 UP, atop the Hilton Garden Inn downtown. Davis is a partner in restaurant group Falls City Hospitality Group, which owns Doc Crow’s Southern Smokehouse & Raw Bar in Louisville and Union Common in Nashville. The Red Herring will operate independently of that organization.