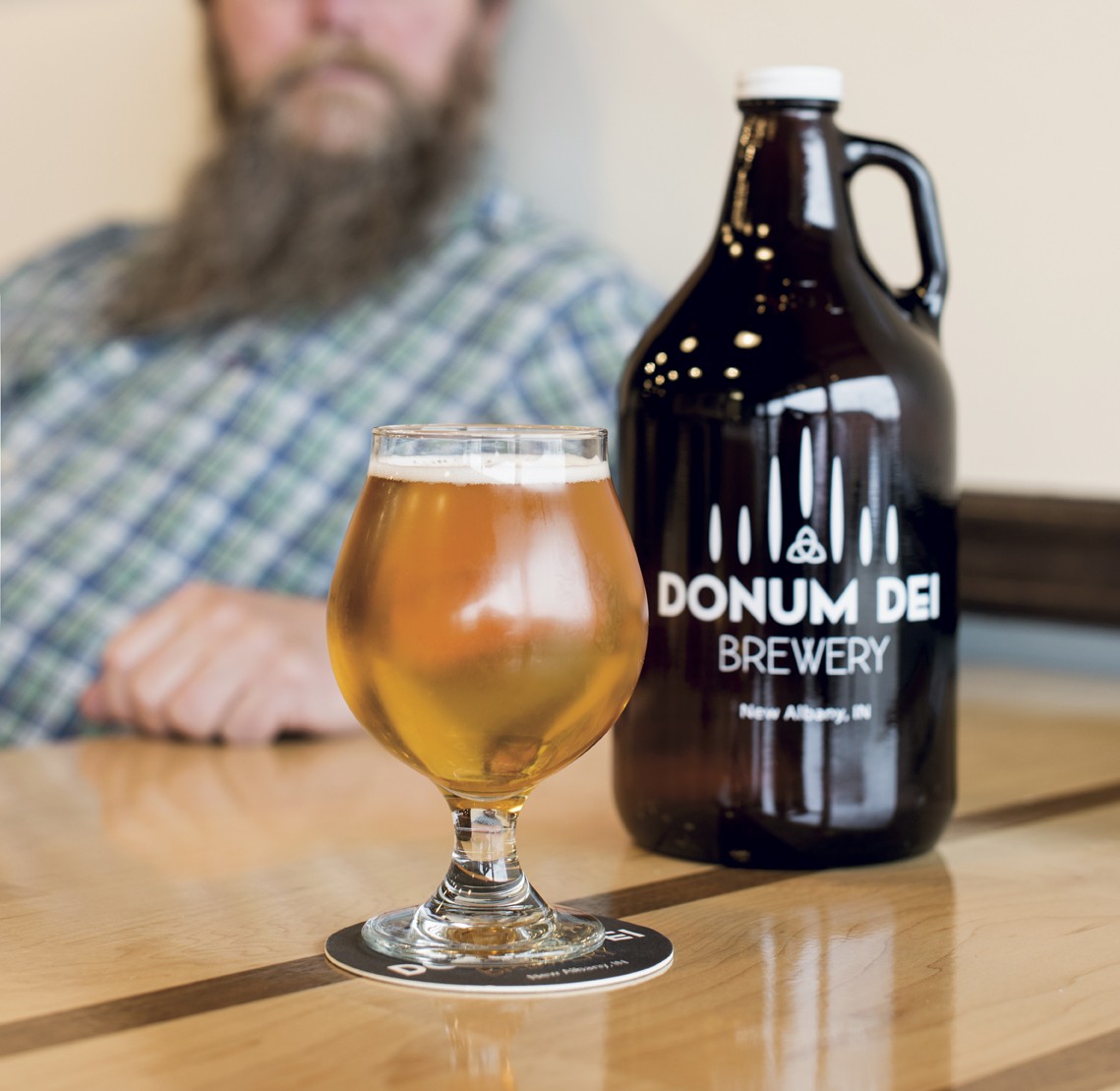 In 1906, thirsty residents of New Albany had the choice of three local breweries to visit when it came time to refill pails gone dry.

Paul Reising’s plant was the granddaddy of them all, taking up a whole West End city block, where Bavarian-style beers had been brewed on-site since just after the Civil War.

A half-mile away, Virt Nirmaier crafted a well-regarded “common” beer at his brewery on State Street, the western route out of New Albany, up Buffalo Trace and through the Knobs. Nirmaier’s Common sold to taverns for $1.25 a keg or $5.00 a barrel. His charge for smaller quantities is unknown.

Near the present-day high school on Vincennes Street, the Nadorffs brewed beer and cut ice in winter from a pond on their property. In 1907, the family stopped brewing and opened a wholesale beer distributorship, which survives to the present day.

Soon the scourge of Prohibition descended, ending the first great era of American brewing, but in truth, our failed national temperance experiment merely hastened the passage from independent local brewing to larger economies of scale regionally and nationally.

Pendulums have a fortunate way of swinging back, and brewing returned to New Albany in 2002, when the New Albanian Brewing Company first mashed in.

Then, in 2015, there was an abrupt tripling of numbers: Donum Dei Brewery and Floyd County Brewing Company (FCBC) both opened, and while it may seem novel for such a small city to have so many breweries, this pattern is being repeated all across the country.

Late last year, the Brewers Association reported the existence of 4,000 breweries in America — more than in 1906, and in fact, the most ever at any point in the nation’s history.

New Albany’s two newest breweries typify this upward arc. They’re independent, small and family owned. You can have a pint, grab a bite and take beer to go. Donum Dei is on the north side, down the road from Indiana University Southeast, and FCBC lies a short caber toss from the downtown YMCA.

Let’s take a look at these two local brewing start-ups.

Rick Otey is a 50-something electronics engineer who didn’t like the taste of beer until work took him to Seattle during the 1990s. There Otey enjoyed a transformative encounter with Red Hook Extra Special Bitter (ESB), inspiring him to brew at home and seek craft beers on his own turf.

Facing a career juncture in 2014, Otey and wife Kimberly decided to redirect a portion of their retirement portfolio toward greater liquidity, and Donum Dei Brewery is the fruit of their investment.

By personal disposition and design, the brewpub’s ethos is thoughtful and unhurried. “It’s not so much what we do, as what we don’t do,” Otey explains. “There’s no rush. Beer is a living thing, and we wait until it’s ready.”

This mantra extends to the compact, café-style food menu, with appetizers, soup and paninis: “It’s as simple and local as possible, at a decent price,” Otey says.

The décor and lighting are almost Scandinavian, with clean and modern wooden accents. There is neither television nor Wi-Fi. Otey would prefer your phone remain sheathed, because he seeks to encourage conversation and reflection.

Donum Dei is Latin for “gift of God,” and although Otey offers it in a broader metaphysical context, the history of beer and brewing is intertwined with the pursuit of higher truth, as with Trappist brewers fashioning their ales for sale, barter and communal consumption.

Otey’s delicious Enkel (single) Belgian Gold is the ideal example. As brewed at 4.4% abv in a classic Abbey mold, it is gently fruity, as befits a monastic table beer intended to accompany meals.

Donum Dei’s beer range reflects Otey’s principled eclecticism. There has been a Saison, Brown Porter, India Pale Ale and Red Ale. During the first quarter of 2016, expect to see a big, malty Wee Heavy in the Scottish stylistic vernacular.

He’ll serve it when it’s ready.

Quest for the Ale

The new brewpub bears owner Brian Hampton’s strategic imprint. “The beer names, graphics and décor all come from me,” he says. “I did most of the woodwork, too. Right now the kitchen learning curve is taking up most of my time.”

Like his counterpart Otey, Hampton is a home brewer and beer-seeking engineer, and he views the ideal pub as a place of refuge and escape, outfitted to provide a comfortable setting to get away from it all.

Hampton sought to refit an older building, creating modern comfort with Old World ambiance. The result looks something like a medieval banquet hall, but scaled down to a Yorkshire public house, then filtered through Monty Python outtakes from “The Holy Grail.” A hundred-year-old house was connected to a new annex built to house brewery and bar areas, and it feels far more venerable than it is.

All that’s missing is the mead bench, but give Hampton time. He’ll build one.

FCBC’s best-selling menu item is fish and chips, but oversized turkey legs often are spotted being gnawed. Both pair wonderfully with Arrow Smith Amber, marrying a malty ale of medium strength to orange peel and coriander flavorings otherwise expected in a Belgian-style Wit. It’s reminiscent of Blue Moon with caramel malt, only better, and it serves to remind us of the medieval tradition of “gruit,” an ale flavored and balanced with spices rather than hops.

For my best advice to Donum Dei and FCBC as they move forward, I propose these highly appropriate words from Richard Atkinson to Leonard, titular sixth Lord Dacre, in 1570, as quoted by Martyn Cornell:

“See that ye keep a noble house for beef and beer, that thereof may be praise given to God and to your honour.” F&D

Hip Hops: My bucket beer list does NOT come with sliced fruit, so don’t ask