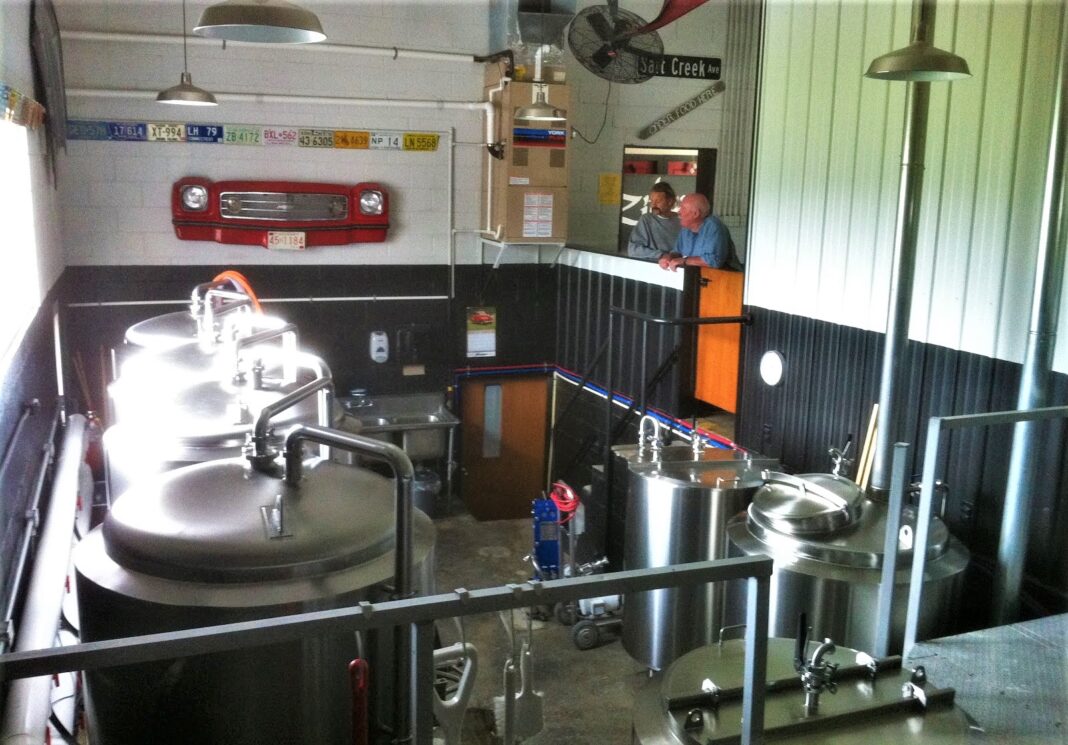 You’ve no doubt heard the tired old bromide: “When the going gets tough, the tough get their posteriors over to Athens, Greece for an ouzo and some grilled squid.”

Excellent advice even if I never once considered myself to be tough, merely misunderstood, and so a pleasant wooden chair at a seaside taverna with a loaf of eliopsomo, a jug of Fix and thou sounds restful and restorative to me.

But we’re not there quite yet, so here are five semi-local beer headlines. 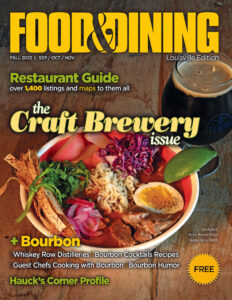 File under “Be Respectful to Your Elders, Sonny Boy”

Our Fall 2022 issue of Food & Dining Magazine is out, and it has been dubbed the Craft Brewery Issue: FEATURE – A Guide to Louisville Craft Breweries.

This emphasis came about when I was asked to update the Louisville area brewing scene, began writing, and finished with four times as many words as intended.

Today there are somewhere between 33 and 38 craft breweries open for business in greater Louisville, depending on how one chooses to count taprooms without a brewing system (Upland, Hi-Wire), and companies with more than one brewhouse (Against the Grain, Great Flood).

There are six breweries in my hometown of New Albany alone, which now has one for every 6,122 residents. You’ll no doubt be as shocked as me to learn that when measuring breweries per capita, New Albany is ahead of Portland, Milwaukee and Pittsburgh, although not brewery-crazy Asheville.

Contrast these many current choices to 2003, when Food & Dining Magazine first emerged, and there were only five operational “microbreweries” in metropolitan Louisville.

I did my level best to ensure accuracy, but there’ll inevitably be mistakes, and if you spot one let me know. In fact, the first potential revision occurred less than 24 hours after the magazine hit the streets.

All I know for the moment is Monnik Beer Co.‘s restaurant and bar in SoIN have ceased operations; however, it appears brewing will continue in the rear of the property, at least for the time being. The Germantown flagship remains open for business.

F&D broke the story of Monnik’s second brewery in January 2020, and the overhaul of the former NABC Bank Street Brewhouse soon began, only to be delayed by the pandemic until late January of 2021.

I should have stocked up on Eagle Skull while cans were still within walking distance.

The Fat Cats Deli & Pub, and a different kind of closure.

Part Eleven of my ongoing “40 Years in Beer” narrative series has been published, bringing together a few addition facts about The Fat Cats Deli & Pub, an embryonic 1980s-era beer bar, eatery and music venue.

You’ll recall a preparatory sketch from earlier in the year: 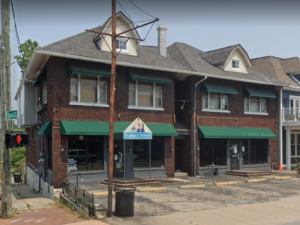 Subsequently I was able to peek into the Courier-Journal archive, as well as incorporate memories of a few former Fat Cats customers.

The result is about as well-rounded a portrait of The Fat Cats as we might expect to paint 33 years after the pub closed. If there were such a thing as a Louisville area Hall of Fame for establishments furthering the cause of better beer, I’d surely nominate TFC.

Better Beer in the Hinterlands I: New owners at Charlestown Pizza Company

Last weekend Shawn Vest and Tajana Johann worked their final shifts at Charlestown Pizza Company, and after 15 years of proprietorship, handed the keys to new owners Robin Cross and Chuck Russell and began making plans for a new life.

Here’s the coda. Since this is a beer column and not Pizza Today, I’ve emphasized one relevant passage.

Back in 2007, Tajana & Shawn opened the CPC not knowing if we would make it one year, much less fifteen.

Tonight marks the end of our time running the CPC.

Tajana and I would like to thank all of you for supporting us throughout this journey and making The Charlestown Pizza Company what it is.

You all have been amazing – our friends, our staff, our customers

– that mashed potatoes belong on pizza

The new owners (Chuck & Robin) will keep the wheels turning and the pizza cooking for you starting on Tuesday. 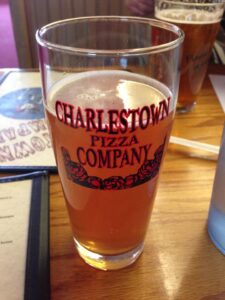 I won’t bore you with tales of how Shawn and TJ learned everything they needed to know from working at my former business, the NABC Pizzeria & Public House (Sportstime Pizza and Rich O’s Public House), primarily because the stories would not be true.

The fact is that we taught them a little bit, and they quite effectively absorbed the rest all on their own after diving into the deep end of the pool and proving conclusively that an indie pizzeria with no crap on tap (or in bottles and cans) could thrive in a locale where so many thought otherwise.

Congratulations, guys. You found a way through the indie maze, and came out the other side. I salute you.

Up in Needmore, Indiana, a small town north of Bedford (it can be reached from “new” State Road 37), one of Indiana’s most singular breweries continues to vend its beer (and acclaimed Mexican food) from a converted filling station, as helmed by owner, brewer, visionary and heavy equipment operator Brad Hawkins.

This week’s cover photo, taken in 2012, shows Brad and my friend Graham inspecting Salt Creek’s brewery (down in the former grease pit). Now Brad, whose Colonel Klink’s Altbier convinced me back in the day, has announced that Salt Creek Brewery will close at the end of September after a decade in business.

One comment among many struck me: “Thank you Brad for all the great times and outstanding beer. This has been the absolute best stop on my way home from either snowboarding or mountain biking O’Bannon Woods, Paoli Peaks, or French Lick.”

Verily, Salt Creek Brewery’s clientele is varied. There’s a mix of outsiders and locals, athletes and couch potatoes, right and left, up and down, all of them possessing a shared interest in quality food and drink.

One of the most important Hoosier (and Kentuckian) craft brewing trends in recent years is an ever wider geographical distribution of startups. Salt Creek epitomizes it, and might yet continue, because Brad is looking to sell his creation. If he succeeds, his wonderful establishment will live on, although it won’t be the same without him.