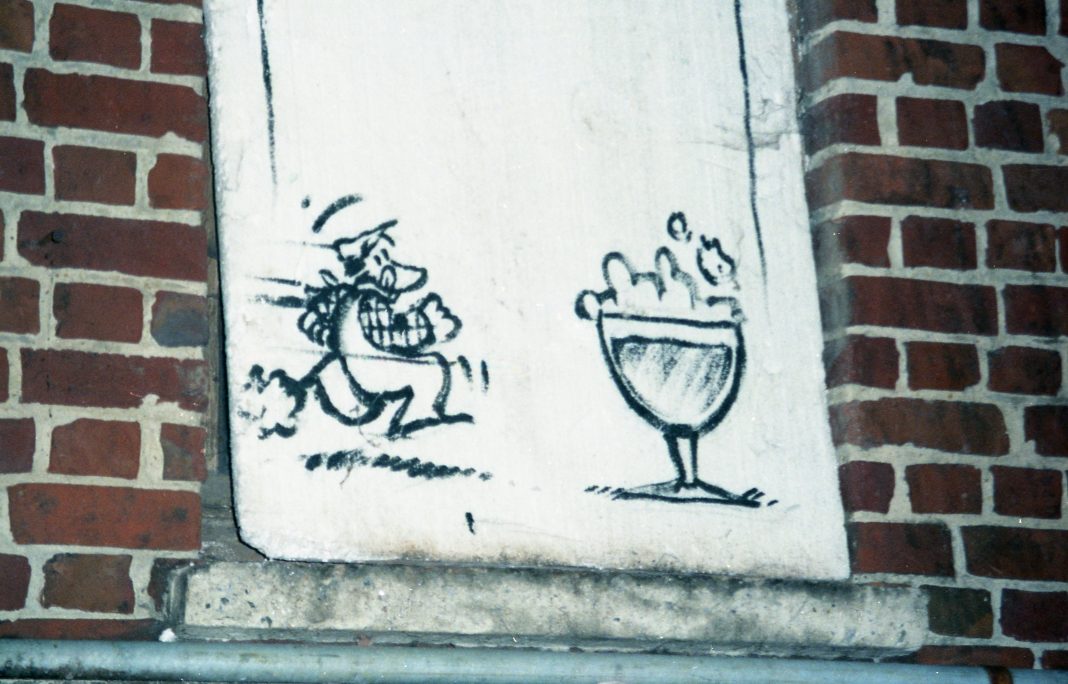 As a longtime consumer of adult libations, most often beer but occasionally sidestepping to wine and spirits, the good news is that advancing age seems to have slowed the pace of my consumption, even during the pandemic.

Thinking back to the exploits of nearly four decades in the beer business, it occasionally flummoxes me to have consumed so much of my favored beverage. I’m the first to concede it wasn’t always drinking; rather, it was swallowing.

The remainder of my life likely will be spent trying to remember, first by recalling what actually transpired, these memories at times being frustratingly elusive, but moreover, pondering a consciousness once capable of impelling such a powerful urge to imbibe. It’s hard to say why it happened, now that I no longer feel that way.

Well … at least not very often.

Of course these old habits die hard, and although I’m far less the strident beer activist today as compared with my revolutionary temperament in former times, an inner resolve to drink beer of a higher order — Michelob Ultra and Miller Lite need not apply — continues to motivate my pursuit of pleasure. And, it is likely that when we resume travel (very soon, I hope), I’ll revert to compulsively examining the best beer vendor options in our locale of choice.

Among the sources destined to be left outside any necessary consultations are Untappd, RateBeer and Beer Advocate.

If I can’t survey available options and make critical distinctions by now, relying on my knowledge and experience as opposed to trusting the combined herd wisdom of novices and snobs, then those many years of bodily abuse plainly were squandered.

I prefer my learning the old-school way, from interacting with the people who know, by reading and researching, and obviously not excluding plenty of earnest practice. However, quite apart from the way beer ratings aggregators disseminate consumer-driven information (not all of it reliable), there’s also their effect on breweries, constituting a closed loop of sorts in which beer ratings cease being a way of deriving useful estimations of quality and function instead as ephemera-of-the-moment influencers.

As an example, Mild Ale is a low-gravity English style, generally dark-hued. It’s subtle classicism writ large, simple and tasty. Mild also isn’t altogether well known in America, and it is almost sure to be the ready victim of the tendency of reviewers to score bold, rich and rare beers more highly.

Accordingly, with some wholesalers using ratings to determine decision-making, a brewery making Mild might not be able to interest the middle men in distributing it. At the very same time, Mild might easily be one of the brewery’s best selling beers when it comes to regular customers, the sort who show up, drink what tastes good to them, and don’t need someone else to tell them what their own satisfaction really means. They just know.

In fact, I lived through precisely this sort of paradigm during my tenure as co-owner of the New Albanian Brewing Company, and continue to find it instructive. Community Dark, our version of Mild, consistently outsold other NABC beers when served on premise, especially with food, and it wasn’t particularly close.

Meanwhile, Hoptimus — a triple IPA served in a small glass owing to a colossal 10.7% abv — became all the rage in the outside world. We’d have preferred to sell big kegs of sessionable beer, given that Hoptimus was expensive to make and typically enjoyed in reduced quantities, while Community Dark was less than 4% abv and perfectly safe for a pint or two. We struggled with the economy of scale, and frankly never mastered it.

Granted, this is only one anecdote of many, and there were numerous factors contributing to the brewery’s prospects, both good and bad. Nonetheless, I found it frustrating that so many on-premise customers chose the Mild, and yet it never translated into love outside our own building. At least part of the problem was the way ratings aggregators came to enhance certain beer evaluations at the expense of others.

Enough of my memories; after all, you’ve been forewarned about periodic lapses of reliability. I could be full of it, but Kate Bernot is a splendid writer, and in this essay from Good Beer Hunting, she rocks this topic.

11 years after its creation, what is now the world’s most popular beer-rating platform reflects the tastes of a more narrow subset of beer drinkers than it lets on. And when decision-makers in the industry use those views to choose which beers to make and sell, a minority of drinkers stand to wield enormous influence. Untappd isn’t an accurate measure of the collective tastes of the majority, but rather creates consequences based on the preferences of a fervid minority.

This passage cites a phenomenon that every brewing industry veteran in the nation has lamented at least once.

Untappd users are also potentially swayed by the ratings of others, and by their own biases and preferences. The example of an Untappd user rating a beer with one star and then writing in the review text that they don’t like that style is so ubiquitous, it’s become an industry meme. (The Instagram account @untappdwtf, which posts screenshots of Untappd reviews, writes in its bio: “I don’t like malt 1.75/5.”) In a typical example, this 2.5-star review for Alaskan Brewing’s award-winning Smoked Porter from Feb. 21 reads: “Holy camp fire in a bottle. Just a tad to [sic] much smoke for my taste.”

As a good friend of mine used to ask, “Is it any wonder that I’m bitter?”

Cover photo: Graffiti at the Fantôme brewery in Belgium, 1998.