Home DRINK Beer Hip Hops: Black Is Beautiful collabs are on, Fest of Ale is... 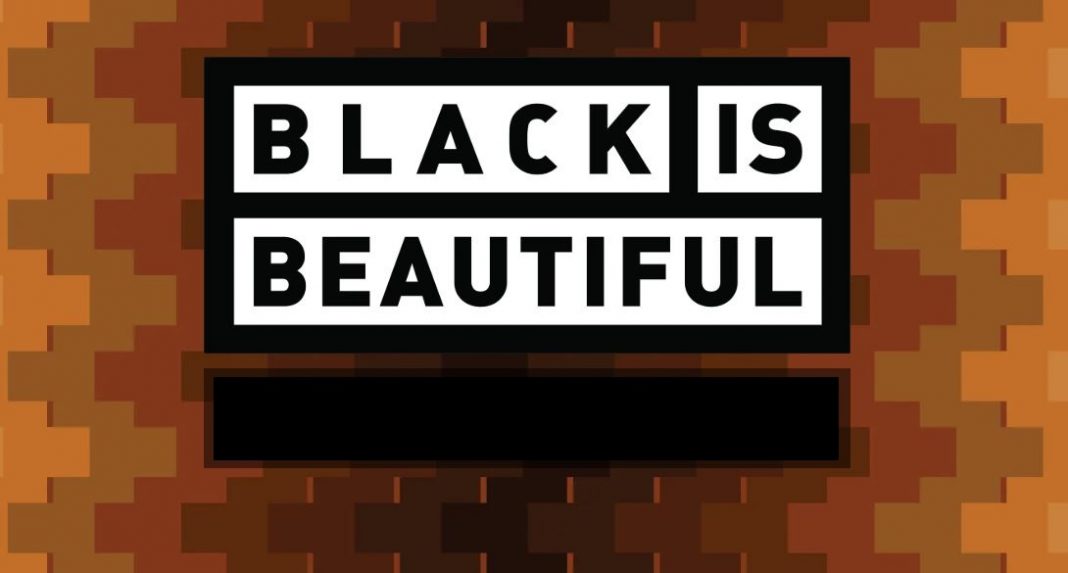 Black Is Beautiful, an initiative and a beer.

More than two centuries ago the beer eventually to be known as Imperial Stout was embraced by English brewers and traders as the ideal export beverage for shipping to cooler northerly beer markets in Russia and the port cities of the Baltic Sea.

Top-fermented Imperial Stout spawned numerous imitators along the shores of the blustery Baltic, the modern survivors of which often are designated as Baltic Porters and brewed as lager beers, eliminating the fruity esters of warm fermentation but retaining the style’s signature full-bore, no-holds-barred intensity.

Highly alcoholic, displaying intensely roasted and deeply fruity flavors, Imperial Stout is perhaps the only style of beer that can be termed “thick as oil” without a trace of exaggeration. This applies to the color as well, as it is jet black.

Hence the conceptual convergence of brewing with social justice.

The Black Is Beautiful initiative emanates from the folks at the Black-owned Weathered Souls Brewing Company in San Antonio, and is a “collaborative effort to raise awareness for the injustices that people of color face daily and to raise funds for police brutality reform and legal defenses for those who have been wronged.”

Black Is Beautiful also is an Imperial Stout; as Weathered Souls observes, stout is black and black is beautiful. Black Is Beautiful is to be brewed by participating breweries all across the country (and the world) as a show of solidarity for the initiative’s aims, with Weathered Souls founder and head brewer Marcus Baskerville providing the base recipe and encouraging creative embellishments.

So far 962 breweries in 17 countries and all 50 states are mashing in to support the Black Is Beautiful initiative. They’re are being asked to do the following:

Eight breweries in Kentucky (in Louisville, Lexington and Bowling Green) are taking part. In Indiana, nine breweries are aboard, although none of them are closer to metro Louisville than Evansville (2) and Bloomington (1). In Louisville, four breweries are collaborating in pairs: Mile Wide and False Idol, and Monnik and Falls City.

Old Louisville Brewing is going solo with its Black Is Beautiful. “We’re making a really small batch, about 10 gallons,” Ken Mattingly told me. “We’ll probably can it. Thinking release somewhere around July 20th.”

Mile Wide and False Idol kick it off.

Mile Wide is thrilled to announce that we are taking part in the Black is Beautiful beer initiative, hosted by Weathered…

It felt good to brew this beer with Drew Johnson for our collab with Falls City Brewing Co. yesterday. I urge everyone…

During the halcyon days of my misspent youth in Southern Indiana, when men were men, whiskey was blended and “craft” was the description of mail order do-it-yourself birdhouses, the arrival of summer invariably inspired a profusion of outdoor beer festivals.

As did fall, winter and spring. When you’re 17 years of age, looking more like 12, ducking prying eyes and requiring divine intervention to get served at rarely obliging package stores, natural settings constantly beckoned.

Priority was placed on those patches of isolated farmland belonging to folks who didn’t know or care that we’d found someone older to procure the cheapest swill possible, borrow a steel tub otherwise used to hydrate future beefsteak, buy ice, and await the grapevine-laden onslaught of teenagers who’d learned there was a field party now in progress.

When it rained, we got soaked; not the worst conceivable outcome in hot weather, especially if any of the girls bothered to come — which was seldom.

Every now and then, a measure of transcendence was achieved, and an enterprising reader might insert one of Bob Seger’s nostalgic AM radio hits to accompany this narrative, although I never cottoned much to his music after “Katmandu,” which I heard for the first time – where else? – at a summertime outdoor beer festival in the Knobs, with any style of beer you wanted for thoughtful analysis so long as it was mainstream American lager, and with tunes like Seger’s blaring from the crackly sub-par radio of a car stuck axle-deep in a muddy field littered with cigarette butts and spent plastic cups.

They were glorious times, indeed.

Decades have passed, and nowadays, lying about one’s age generally implies a downward revision of chronological information on Facebook. Falls City, our go-to illicitly old-fashioned lunch pail lager, went away – and then reappeared with an innovative craft makeover.

Outdoor beer festivals have evolved considerably, too, bearing little resemblance to the midsummer’s night screams we staged during the presidency of Jimmy Carter — who, after all, legalized homebrewing at the federal level, but likely never experienced the welcoming nuzzle of a well-turned beer bong in the steamy July drizzle.

40-something years later, and we’re back to the egg, seeking venues in the open air to repel the malign influence of COVID-19 as we enjoy a few masked beers. Unfortunately, larger gatherings in the fashion of contemporary craft beer festivals will be off the table for a while yet.

One of them is Keg Liquors Fest of Ale, a Louisville metro area institution. 2020 was to have been the beer festival’s 15th edition, and it was postponed once in an effort to elude the coronavirus. As of last week, Fest of Ale is to be deferred until 2021.

Roger Baylor is an entrepreneur, educator, and innovator with more than 35 years of hands-on experience and expertise as a beer seller, restaurateur, and commentator. As the leader of New Albany’s Sportstime Pizza/Rich O’s Public House (which later became New Albanian Brewing Company) in the 1990s and early 2000s, Baylor played a seminal role in Louisville’s craft beer renaissance. Currently he is the beer director at Pints&union in New Albany. Baylor’s “Hip Hops” columns on beer-related subjects have been a fixture in F&D since 2005, and he was named the magazine’s digital editor in 2019.