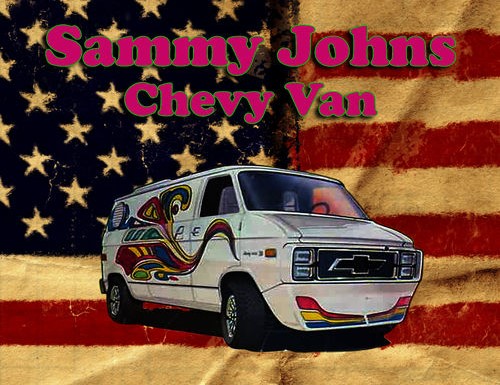 Times change. So do people, and so does beer.

In retrospect, the yarn I’m about to spin almost surely will be viewed by some readers as socially, culturally or politically incorrect. I plead ambivalence. Be these descriptors as they may, the following account is truthful.

Yes, there was underaged drinking in 1975. A generation too young to participate in 1960s-era counterculture was coming of age and synthesizing what it had witnessed, making it into something of their own.

There might well have been pre-marital sex as well, although at the time I wasn’t able to find any direct evidence of it.

To me, the most important part of a slipshod rural beer bash cobbled together by ragamuffin teens while Gerald Ford inhabited the White House isn’t the fact that we somehow pulled it off.

Rather, it’s about these incredible buddies of mine — and all our parents. We were decent enough kids, and grew up to be solid adults, but we also were fantastically lucky to have strong families.

There were periodic problems, of course. At the same time, perspective matters. We made it through with backing and support; not everyone has that chance.

I’m grateful I did.

Back when spring was spring, and seasonable weather never really arrived until after Derby, the unquestioned highlight of warming temperatures was the illicit consumption of cheap beer outdoors under presumably warming skies.

Specifically, there was a long-anticipated weekend in April, a gala planned for weeks and weeks amid bursts of testosterone-laden impatience.

Nowadays, I can’t even pretend to recall the event “just like it was yesterday.” 46 years have a way of tarnishing even the finest of photographic memories. I can’t tell you exactly who attended the party, or whether it was held on Friday or Saturday.

However, what can be affirmed with a fair degree of certainty is that not one of us bothered to take into consideration the evening’s weather forecast, an omission with looming consequences.

We were distracted 9th graders in 1975, and it had been approximately 365 years since the previous year; April, 1974, when the Louisville area and large portions of the Midwest were wracked by epochal swaths of destructive and deadly tornadoes.

How pervasive were those 1974 storms?

Some months after the tornadoes struck in ‘74, we were baling hay where I grew up near Georgetown, Indiana. I saw a rectangular black object by the fence row, which proved to be a checkbook belonging to someone in Brandenburg, Kentucky, as carried a full 30 miles (as the crow flies) by those evil winds.

On the other hand, none of the ’74 twisters actually touched down inside the borders of Floyd County. Maybe that’s why we were so youthfully oblivious in 1975.

Not that youth ever needs a reason to be oblivious, then or now.

From inception, the night in question was intended to be historic, for it would be the first of what proved to be many beery camping forays, out in the fields of the Floyds Knobs farm where one of my closest friends lived.

Caution was the watchword that April; after all, I was pretending to be an athlete, and it was baseball season. For my mother’s convenience as my ride, she was directed to deposit me at the foot of the gravel driveway, which crossed the creek by means of a concrete slab and then snaked up the wooded bluff.

I practically sprinted up the hill to the staging area between house and barn. Today, the mere thought of it is exhausting. It seemed balmy for springtime, but eventually clouds rolled in and the air began cooling.

We went to work on the campsite, situated behind a copse of trees, far enough from the house to shield our activities from prying adult eyes. It seemed like miles at the time, and in retrospect probably totaled two hundred yards, maximum.

After arranging coolers of weenies, condiments and slaw, and stacking fuel for the fire, we hiked into the scrub, back down the bluff to the north of the driveway, where two cases of Falls City longnecks had been artfully hidden in the waters of the creek by a friendly senior football player willing to spare a rising generation from the miseries of another night at home.

Our cold beers went directly into Styrofoam coolers. He overcharged us, and we didn’t mind one bit. There was a pint of Cherry Vodka as backup – or maybe it was Yukon Jack.

Our perimeter was secured amid threatening skies, and directly I was rewarded with my first genuine bout of Dionysian inebriation, a rite of passage facilitated by (maybe) three beers, their flavor rendered barely tolerable only by the icy flavorlessness of the liquid.

It might be noted that your grandfather’s Falls City was in late-period free fall, rendered into a utilitarian potion not to be confused with pre-Prohibition medals for excellence. Serviceability was our preferred king of beer, followed closely by rock-bottom prices.

I never got anywhere close to the liquor. The beer was enough to numb my teeth, bolster my confidence, and provide an escape from the persistent terrors of shyness, even if there were no actual girls on the scene to be offended by the futility.

We drank, screamed and dreamed, remaining utterly unaware of the elements and giving little thought to rising winds and droplets of rain heralding the storm’s arrival. However, a (very) short distance away, my pal’s folks were paying close attention, and with dusk and bad weather closing in, we saw the headlights of their pickup truck coming down the dirt path.

Drunken paranoia briefly flared until we realized they cared less about our drinking than the possibility of storms, and we needed to move the party — beer, burnt weenies, adolescent fantasies and all — back to the barn, mere steps from the cellar, in case the weather got any worse. We weren’t busted, after all. Had I been able to speak coherently, I’d have told them I loved them.

As it was, gurgling sounds had to suffice.

Relieved, everyone piled into the pickup and collapsed onto the rusted metal bed, lying on our backs, staring up at the weird gloaming and swirling, clouded eternity.

Emboldened, I swore drunkenly through the stinging raindrops that I could see tornadoes fornicating — except it wasn’t the exact word I used, and you really had to be there to appreciate the sense of freedom in being able to curse aloud, but at least the others took me at my word. We had a long, idiotic, two-hundred-yard giggle, and talked about it for months.

Even then I knew that tornadoes were serious business. Later it struck me as embarrassing to have yelled what I did, and yet painting outside the lines is how we learn to tell the difference. More importantly, I’d actually said something funny. If only I could write this way — to make them laugh, but maybe also pay closer attention to me. At least it was a skill to work toward mastering. I’m still trying.

In the end, pornographic tornadoes didn’t disturb our rapid consumption of the few remaining drops of beer. The chill of the ensuing night made the sharing of too few blankets and sleeping bags quite interesting, especially since it was the era of static-laden Top Forty radio hits on the AM dial, and of course someone turned on the tunes, which repeated dismally, again and again, the same songs over and over, with it being far too frigid for anyone to get up and turn the damn thing off.

The next morning I was exhausted, dirty, hungover for the very first time in my life, and mortally afflicted by the infuriating song “Chevy Van”* serving as an unwanted ear worm of pure torment. Our host parents offered fried egg sandwiches for breakfast, and I came perilously close to vomiting.

Dazed, filthy and queasy, but careful to keep any heretical thoughts to myself, I questioned whether the campout had been sufficiently fun to justify a return engagement.

Eventually it occurred to me that yes, I’d probably drink beer again. Some day I might even learn to like it.

Just look where that inspiration has taken me.

* R.I.P. Sammy Johns, (1946-2013). I may have denigrated his pop ditty, and yet there it is, ingrained in my brain, almost five decades later. This sounds like success for a songwriter.

Cover photo borrowed from the Internet.