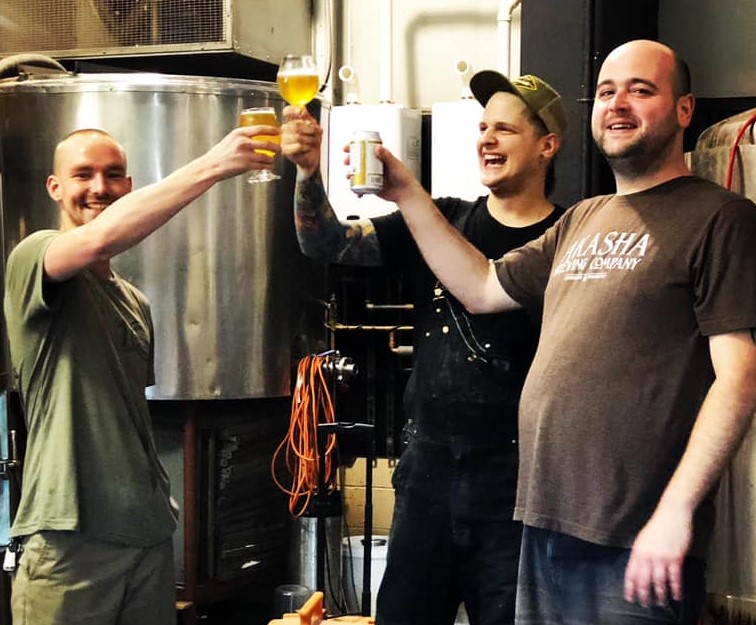 We’ve made it all the way to June, and already it appears that 2020 will go down in history as one of the nation’s most momentous years. When it comes to beer and brewing, and the places for celebrating them, it is safe to assume there’ll still be players in the game come 2021. However, the playing field may look very different by then.

Three years ago Eiderdown, a brand extension of the Nachbar, rebranded into something more German for Germantown. Among the changes was a renewed emphasis on German beers, with the pendulum swinging back toward traditional styles as opposed to the avant garde as interpreted by thousands of American craft brewers — not that there’s anything wrong with that.

The COVID-19 “lockdown” period has provided restaurant and bar operators with something they often find elusive: time to think. The owners of Eiderdown think it’s time for something different.

Hello Dear Friends and Patrons, With all of the support and love we’ve received over the past 9 and 1/2 years…

It’s a 30-minute walk from Eiderdown to Holy Grale and gralehaus, twin Louisville institutions, where it’s all about the beer — as well as what’s best before and after the beer.

Looking for somewhere to stay in the Highlands? Maybe you want to wake up to the smell of freshly brewed coffee and biscuits & gravy… Gralehaus has 3 guests rooms efor one of the most unique stays in Louisville! Hit Holy Grale in the evening and wake up for a delicious breakfast, coffee (or beer, or both!) at gralehaus’ cafe in the morning.

Holy Grale and gralehaus think it’s time for a brief break. As of now, there is no firm date for reopening.

Akasha Brewing Company has been weathering the bumpy portions of 2020 with curbside and patio beer service, but there’s a personnel change to announce.

Our favorite head brewer, Spencer Guy, will be leaving us soon to help open Louisville’s newest brewery, joining the team at Atrium … Our capable assistant brewer and cellarman, Nate Menefee, will continue to keep the brewhouse running on all cylinders as always, and we’re also pleased and excited to tell you that joining the Akasha family as head brewer is our friend Ryan Ogan. We can’t think of anyone who could better fill the position. Spencer will be staying on with us for a short period of time to help make the transition smooth, so come out and congratulate everyone and raise a glass to our collective future!

It is with a heavy heart to announce that I am moving on from Akasha Brewing Company. The last two years have been an…

Princeton Hurst, owner of Four Pegs bar and restaurant in Germantown, is in the process of buying a building at 1154 Logan St., and he will turn it into Atrium Brewing. The building is home to T. Eddie’s, a longtime Shelby Park dive bar known for cheap drinks and karaoke.

It’s a mixed Louisville beer scorecard this week, and I’m feeling a tad macabre today, so let’s conclude with a journey back in time to medieval Europe for a look at how the Black Death pandemic prompted evolution in beery venues.

Drinking pre-Black Death, though, was comparably amateurish. In Man Walks Into a Pub: A Sociable History of Beer, beer journalist Pete Brown writes that “Society revolved around popular celebrations known as ‘ales’: bride-ales, church-ales … were gatherings where plenty of alcohol was drunk, and they frequently degenerated into mayhem.” Anyone could brew up a batch of ale in their home, and standards and strengths varied wildly. Homebrewed ale was advertised with “an ale stake,” Brown adds, which consisted of “a pole covered with some kind of foliage above the door.”

By the 1370s, though, the Black Death had caused a critical labor shortage, the stark consequence of some 50 percent of the population perishing in the plague. Eventually, this proved a boon for the peasantry of England, who could command higher wages for their work and achieve higher standards of living. As a result, the alehouses that were simply households selling or giving away leftover ale were replaced by more commercialized, permanent establishments set up by the best brewers and offering better food …