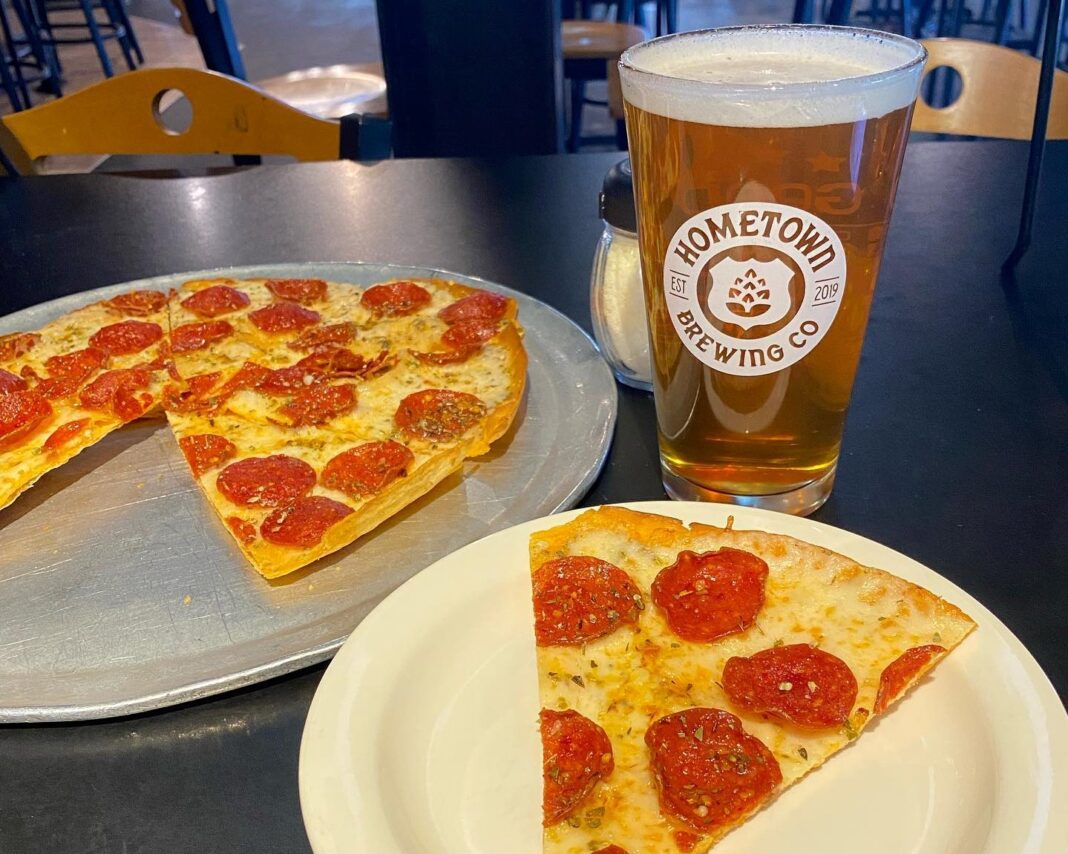 Beer dates to the dawn of human history. Pizza came along later, and is usually credited to Naples in Italy. Beer and pizza work together in harmonious tandem, like Burns and Allen or peanut butter and jelly. I was in the business of beer and pizza for 25 years, and it’s a topic near and dear to my three-sizes-too-small heart. Beer and pizza made me famous, or more accurately, infamous.

As an aside, if given the choice between fame and infamy, always opt for the latter. If you’re famous, people assume you’re buying the beer. But when you’re infamous, people buy the beer for you.

Hometown Pizza was founded by Mike and Mary Jane Foster in 1982 in LaGrange, Kentucky. Thomas “Tom” Brown subsequently worked for Hometown Pizza and later bought into the business as a partner, with the pizzeria gradually growing into a robust regional chain.

As it turns out, Brown and Cumberland Brews founder Mark Allgeier have known each other since high school. Brown purchased the components of Cumberland’s Poplar Level Road production brewery when Allgeier began winding down his operations as a prelude to closing in 2019 (when Against the Grain took over Cumberland’s space at 1576 Bardstown Road and transformed it into the AtG Public House).

After a dip into the personal photo archives, I found these photos of the former Cumberland Brews production brewery being installed in late 2007. The first view is a bit blurry. The photographer’s incompetence is to blame, not beer. 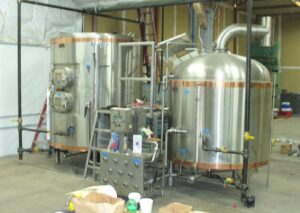 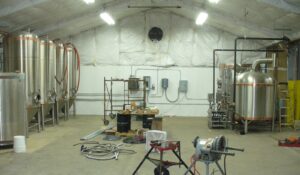 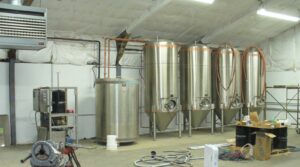 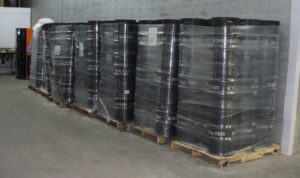 Hometown Brewing Company was born when Brown reassembled the Cumberland brewery at the 4041 Preston Highway branch of Hometown Pizza. This spring he dealt himself completely out of the company, retaining the brewery and its attached restaurant, in addition to three other locations (see them here), and rebranding the eateries as Craft House Pizza.

Got all that? I’m exhausted just assembling the narrative, much less carrying that weight.

“Making our own pizza and making our own beer became really important to what we wanted to do,” Brown explained. “Within that, we developed a new crust that uses spent grain from the beer making process, which we’re really excited about. We also felt the we wanted to change our direction slightly and offer a little more upscale, a little more thoughtful pizza offerings.”

I must confess that when the Hometown rebranding first came to my attention, the new name sounded very familiar.

Where have we heard “Craft House” before?

Crescent Hill Craft House was a brand extension of sorts from another foundational fermenting concern, Bluegrass Brewing Company, circa 2014. It took root, expanded to Germantown, contracted to Frankfort Avenue, and eventually became a Parlour Pizza location.

Craft House Pizza? Adaptive reuse works fine for me, whether it’s a moniker, a building, and brewing system, or a beer. Hence the next leap for the sake of free association: Cumberland/Hometown Red, because I’ll never miss an opportunity to celebrate the life of Cumberland’s brewer of record at its opening in 2000, Matt Gould, whose recipe for Red Ale was recreated at Hometown earlier this year.

My two cents: Investing in a small brewery, then providing it with four built-in, on-premise locations, is just good old-school business sense on Brown’s part. The four Craft House Pizza locations lie a bit outside my wheelhouse in terms of travel time, but I’m feeling a pull to investigate.

Sounds like it’s time for a road trip. After all, beer and pizza never get old.