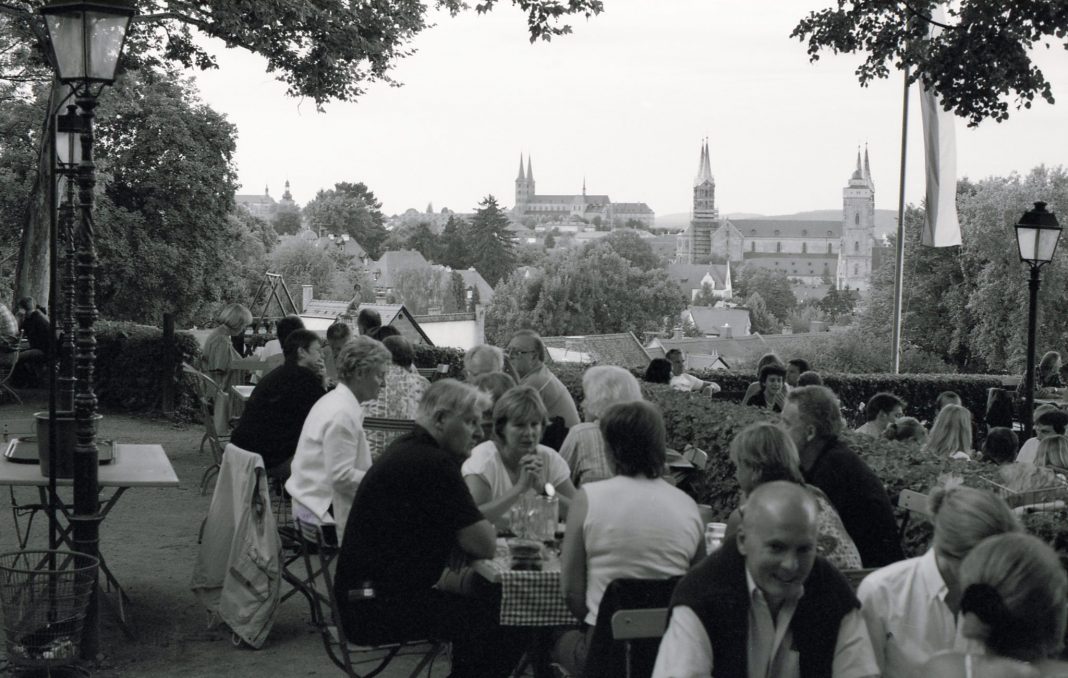 Monnik Beer Co. has joined an effort to recruit poll workers via beer can solicitations.

There is a polling worker crisis in KY. We are here to help spread the word and to let people know that they need…

Elsewhere, Minnesota’s Surly Brewing Company is being accused of union busting by closing its Surly Beer Hall a mere two days after employees announced a plan to unionize. The always informative Evan Rail pops up at Wine Enthusiast with a clear and succinct explanation of Belgian brewing culture and why it matters. And, Deutsche Welle has mouthwatering photos of ten German beer gardens, two of which I’ve had the pleasure of visiting.

Today’s cover photo depicts one of them, the Spezial Keller in Bamberg. It is only partly in jest when I tell people that this beer garden overlooking the city’s oldest quarter is where I’d prefer my ashes be scattered when termination time arrives. But for now, I’d settle for a week of beer and pork dishes consumed in this timeless setting.

Maybe next year. Have a fine Labor Day.