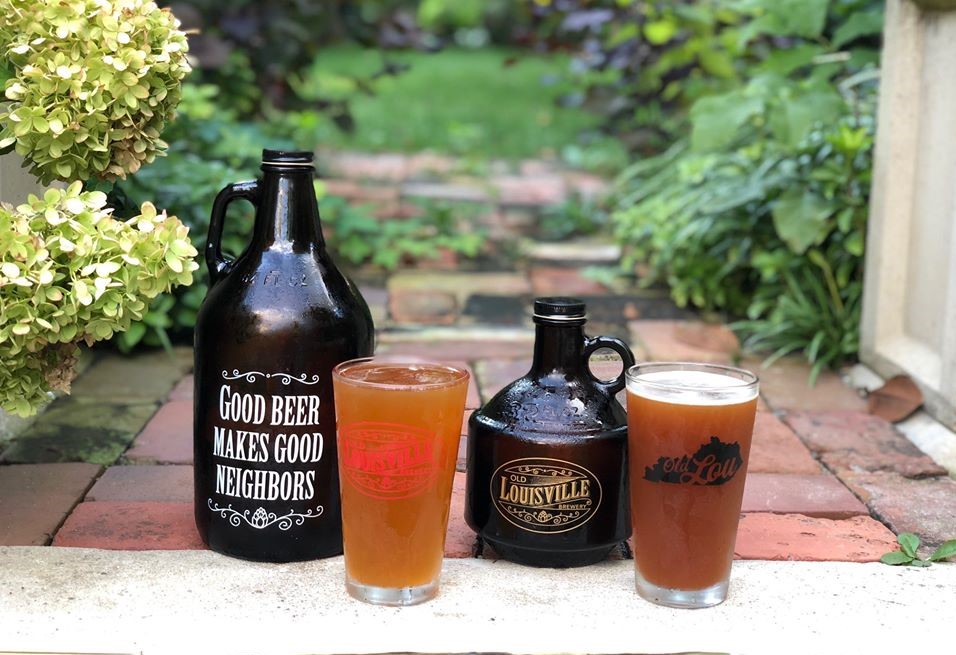 The weather authorities say there might be rain later this afternoon. Louisville’s food and drink community is expecting more than thunderstorms.

“Gov. Andy Beshear says he will announce further steps on Monday to try to slow the spread of coronavirus in Kentucky,” reports WFPL radio. “Beshear made the statement shortly after a meeting in which a White House coronavirus adviser recommended that the state close bars and reduce restaurant capacity.

“In recent days, Beshear has repeatedly warned that he would take action to close bars and reduce crowds at restaurants if the number of COVID-19 in the state continued to rise.”

Let’s dispel the apprehension by accentuating the positive, just like Ella Fitzgerald.

Mile Wide Beer Co. (636 Barret Avenue) opened in 2016, although it is a spiritual successor of sorts to the Silo Microbrewery, albeit two decades removed; the Silo, Louisville’s first new brewery of the modern era, launched in 1992 in an adjacent section of the building (and looming silo) that once housed a Pillsbury biscuit factory. Mile Wide has a West Coast IPA coming this week.

Mile Wide opened in 2016. So did Old Louisville Brewery (625 West Magnolia) in a lovingly restored former grocery building. The Black Is Beautiful initiative emanates from the folks at the Black-owned Weathered Souls Brewing Company in San Antonio, and is a “collaborative effort to raise awareness for the injustices that people of color face daily and to raise funds for police brutality reform and legal defenses for those who have been wronged.” Old Louisville’s version is available now.

Monnik Beer Co. dates to 2015 in Germantown (1036 E. Burnett). As a resident of New Albany, I’ve had the pleasure of watching as Monnik slowly remodels the old NABC Bank Street Brewing downtown, a task not made any easier by COVID. Meanwhile, as this Facebook post attests, the governor’s not talking about Monnik’s protocols, which have been impeccable.

Over on the Right Bank, Our Lady of Perpetual Hops has a new ale that summarizes the craft brewing ethos of adaptive reuse. Start by kettle souring a Berliner Weisse, raise the alcohol content a notch or two, pack it with tropical fruit, and greet the Ohio Valley in peak muggy mid-summer. OLPH is on the north side at 300 Foundation Court (off Grant Line Road).

That’s all for this week. Judging by what happens this afternoon, it may be all for a while, but there’s always curbside carryout.