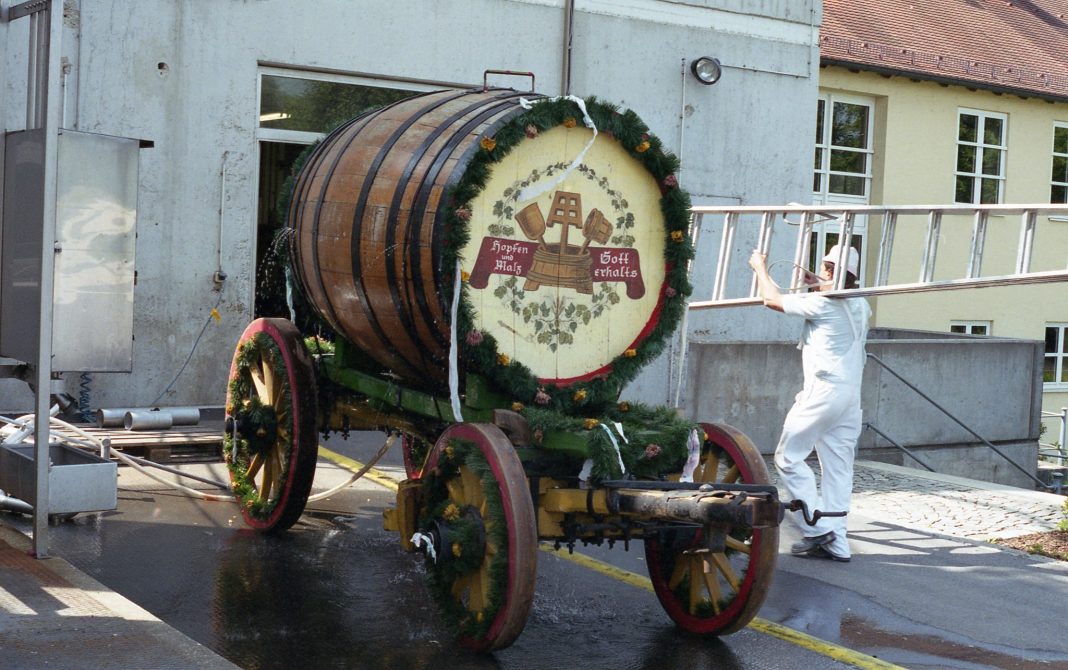 To me, beer is about people. Whether in an intimate barroom or a vast outdoor beergarden, people have always gathered to have a beer or two, and maybe some snacks. The times can’t always be good, but it’s not for want of trying our best to make them enjoyable and memorable.

The past three months spent kicking off the COVID-19 Era (may it be brief in all) have shaken beer’s ethos to the core. Beer cannot be beer when people are kept apart, albeit for public health goals that outrank beer on the prioritization depth chart.

Now the old ways are returning, in some ways slowly, in others very quickly. There’s no way to generalize at the moment. It seems that most, if not quite all, Louisville area breweries have reopened in various guises of normality. Small-scale events are starting to reappear on their schedules, although not the bigger ticket events that usually fill the summer schedule.

Not everyone is going back out. Not everyone can. If you’re venturing forth, it’s a good time to push the reset button. Try a brewery you’ve not previously patronized. Cross-pollinate. Spread the love around.

To me it’s an unanswerable question, thank heavens, and as such the best proof of how far we’ve come as a craft beer generator. All Louisville breweries brew good beer, and some brew great ones. We’re solid across the board.

During another conversation, the topic turned to the best beer brewed in Louisville.

Same reaction. Overall in a typical year, our local breweries will brew a few hundred beers between them. If you’re able to try them all, hats off to you, although it doesn’t seem likely that most of us would have the time, money or liver capacity.

If it were possible to conduct a judging, perhaps the field might be narrowed just a bit to beers brewed year-round. Seeing as we’d be analyzing the products of businesses we already patronize, the favored format for a genuinely truthful comparative tasting would be the blind taste test.

If this taste test taught me anything, it’s the importance of tasting beers “blind”—tasting beers without knowing which sample represents which brand. We can’t help our preconceived notions of quality and our personal histories and preferences, so methodology is necessary to eliminate these biases. I had someone else pour the beers for me so I could remain impartial. When I’d finally finished taking notes and finally matched the numbers to the beers, I was surprised to find many of my assumptions upended.

Precisely the same consideration would apply to any attempt to determine “the best beer in Louisville” — or any other city, beer style or in all seriousness, whichever unanswerable query about “best” is on the table.

Granted, I believe in judging apples to apples, not oranges; IPAs gather on one side of the table, and Bavarian-style Dunkel Lagers on the other. You’d know the declared beer style applicable to your sample, but not the beer’s name or maker.

Even taking these precautions, there’ll be beers that have stuck in one’s memory. The point of the exercise is to remove the extraneous factors. Any beer judge, novice or advanced, may already like or dislike a brewery based on factors quite apart from the liquid in the tasting glass. Maybe it’s a unique venue or a place where the good times roll. As such, impartiality is quite hard if you know which brewery made the beer.

Truth be told, I find all these “best of” this and “greatest that” to be empty exercises. Why rate a beer, anyway, unless the notes are for your own enjoyment?

Ultimately, that’s what beer is supposed to be. Enjoyment. And I enjoy the fact that we live in a fine beer city where there are so many options to enhance our enjoyment. In today’s column, I’ve purposefully avoided naming a single local brewery, because the idea is to see them in a collective sense.

May they all live long, and prosper.