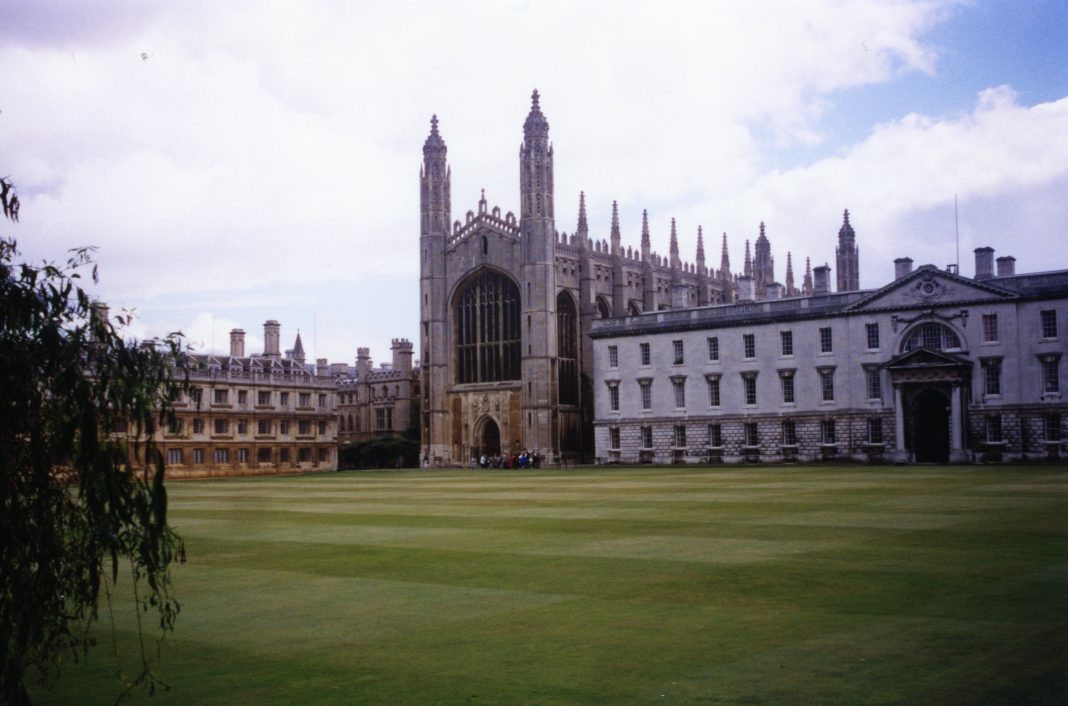 My first immersive experience with British cask-conditioned ale came in 1998 while visiting the cities of London, Brighton and Cambridge.

One morning in the latter municipality my friends and I began exploring the lovely grounds of the famous university, which dates to 1209. This risky endeavor at exercise soon yielded to common sense, and a full day’s ale sampling ensued at ten or more of the city’s licensed establishments.

We even found time to eat once or twice – maybe thrice.

At one of the pubs, perhaps the Anchor, or Bath Ale House, I drank my first-ever hand-pulled Mild. I know it wasn’t at St. Radegund (R.I.P., the inimitable Terry Kavanagh) because we stuck to Fuller’s London Pride. On second thought it might have been a quaint, old-school CAMRA-listed pub, its name regrettably forgotten, but I believe since demolished, where the landlord graciously allowed us to remain inside during the afternoon closing period to watch a cricket match on the telly.

For me cricket was hard to grasp, but Mild was love at first taste.

Mild in its contemporary interpretation almost always implies a joyfully session-strength malty dark ale, usually clocking in at less than 4% abv. Typically a Mild will have a very rich mahogany color, barely hinting at stout-like blackness but stopping just short of it. Brown ales are related to Mild, and yet are constructed differently, and while Mild may sometimes look like a Porter, there are no shared beer family ties between the two.

Malt bills for Mild are simple: mostly two-row, with a small percentage of chocolate or black malt. Since the 1880s British brewers have freely deployed adjuncts, and dark invert sugar is a common and acceptable ingredient in Mild. Maltiness is key, hop presence restrained, and fruitiness moderate. While balanced and subtle, the flavor of a Mild is greater than the sum of its parts. Memorable examples of Mild will exhibit suggestions of coffee, molasses, raisins, licorice or chocolate.

You’ll never mistake a pint of Mild for Ordinary Bitter, and this is the whole point of having sessionable choices that extend beyond the contradictory American norm of watered-down “session” IPA.

When considering national brewing traditions, expect a sticky wicket lending itself to seemingly simple categorizations that are unable to withstand intense scrutiny. Nonetheless it strikes me as axiomatic that American beer drinkers are less familiar with the heritage of brewing in the British Isles than Germany, Belgium and California (which ought to be its own country, anyway). It’s too bad about this, as we’re missing out on so very many tasty styles of ale.

There are many reasons for this unfamiliarity, among them the culturally non-translatable brilliance of cask-conditioned “real” ale, and an accompanying panoply of low-gravity “Real Ale” styles which aren’t exactly inspiring to the ears of super-sized, hyperbole-ingrained Americans: the aforementioned Mild and Ordinary, as well as Oyster Stout and the once-profuse “Plain” Porter.

Matters are further complicated by evolution.

Consider that in the beginning, some 200 years ago, Mild was a comparative term used to describe a fresh “present use” ale of any sort, at any strength, as intended to draw a contrast between young ales and Stock Ale — or “Stale,” a descriptor for ales purposefully aged in barrels, and not past their sell-by date or degraded, as we think of the concept of “staleness” today.

Whatever Mild’s strength back then, it would not have been heavily hopped like Stale/Stock ales, because Mild wasn’t destined for aging.

By the late 1800s, Mild had supplanted Porter as the most popular style of ale in Great Britain, although most examples had somehow become pale in color and were still brewed at a confusingly wide range of strengths. From the end of the Great War, heightened taxation regimes brought Mild’s strength down, and changing tastes drove its hue back to dark.

By then Mild had become the chosen restorative tipple of the working classes at the mills and down in the mines, and at one point after World War II it comprised 70% of Britain’s ale sales. As beer scholar Martyn Cornell notes in the accompanying video, many pubs were divided physically into separate bar areas, one for the shop floor to consume Mild, and the other occupied by management drinking pints of Bitter.

However by the 1960s, whether owing to the decline of heavy industry, upwardly mobile social aspiration or simple inexplicable consumer whim, Mild fell out of favor and Bitter took command for two decades, before being supplanted itself by mass-market industrial golden lager, which currently accounts for more than 70% of the British market, the ascendency of which is an instructive, sad and infuriating story for telling another time.

If during its peak Mild was a steel worker’s choice as thirst quencher, it works just as well nowadays after a bicycle ride (or as we proved conclusively, a Cambridge pub crawl), as well as being an underrated accompaniment to food. If a lager like Dos Equis complements Mexican cuisine, and I believe it does suitably enough, Mild works just as well or better and has more oomph to offer overall, even more so with pizza, where Mild joins Vienna and Märzen as an ideal accompaniment.

Trust me on this one.

Based in part on that dalliance with cask Mild in 1998, and reflecting my contrarian instincts as they pertain to sniffing out under-valued ideas, the very first New Albanian Brewing Company beer we released in 2002 was Community Dark, an American-tinged Mild based on the British model, clocking in at 3.7% abv and remaining the top-selling NABC beer on its own Grant Line Road pizzeria premise throughout the time I was co-owner of the company.

Community Dark probably should be considered one of the flagship beers of the craft era in metropolitan Louisville, and it remains a daily staple on draft at the Pizzeria & Public House in New Albany. I drank one just two weeks ago with an “herbivore” deep dish pie.

Elsewhere, Mile Wide recently released a Mild, which I’ve yet to sample, and Against the Grain has brewed the style on occasion; it been a while, but I enjoyed it the last time I drank one.

This week’s coda goes to the marvelous, curmudgeonly researcher Cornell: Meet the woman who served George Orwell pints of mild (2011), and also watch his more detailed rendering of Mild history:

And, a bit more from me about cask-conditioned ale.

(Cover photo is from the author’s collection; Cambridge, 1998)