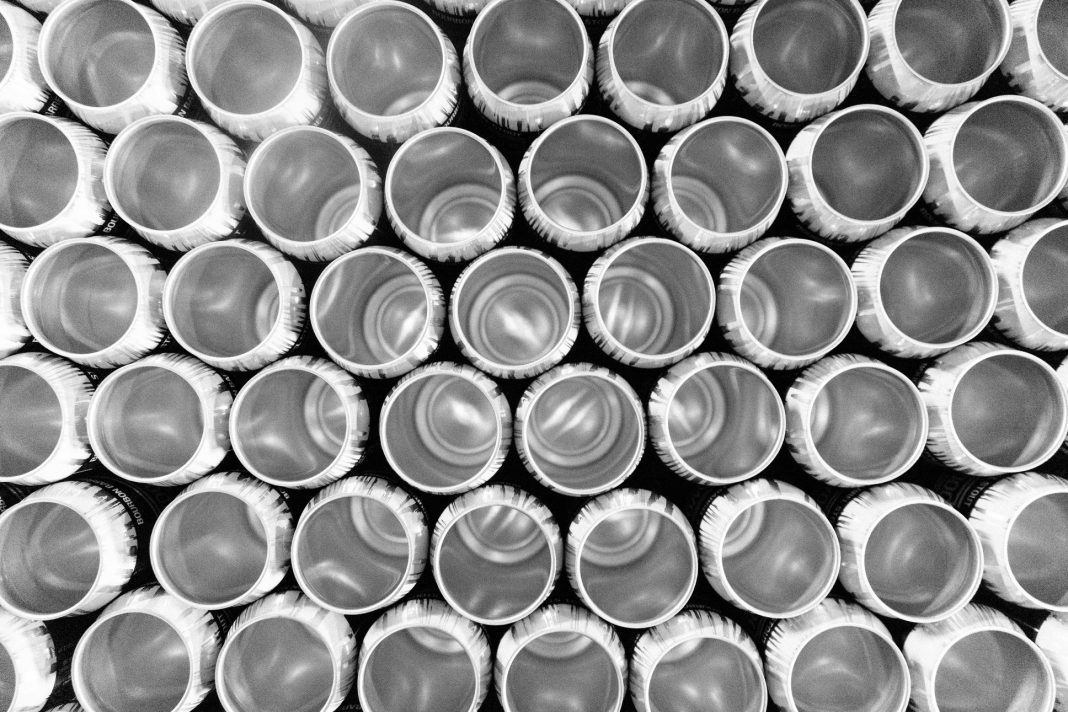 We set out to go beyond finding you the best stuff to drink at the local ballpark. If you’re a beer snob like many of us (guilty here), then you likely know how to find the good stuff in your ballpark. This guide is aimed more at finding those up-and-coming breweries that are doing some big things in big-league cities, places that might not be on your radar but definitely should be.

Here in Louisville baseball is played at the Triple-A level, and any new beers appearing inside Slugger Field are still, these many years later, far more likely to be mass-market mockrobrews than local gems.

No matter, because Against the Grain Brewery & Smokehouse is always right there, built into Slugger Field a few feet away from the turnstiles — at least until the summer of 2020, when the cancellation of the minor league baseball season for reasons of pandemic cast AtG’s ancestral digs into suspended animation.

But not only will AtG’s Slugger Field location be reopening at some point in 2021 whenever it becomes feasible given the revised alternate site/minor league schedule, so will an entirely new AtG concept just a few blocks west.

So, can craft beer alone jump start downtown Louisville? Maybe, maybe not, and my advice is to never bet against Against the Grain. The projected new location on 7th Street is ideal, and downtown currently is undervalued. You’ve heard of Money Ball? This strategy might prove to be Money Beer.

An information release can do the rest of the talking. AtG has not suggested a timeline for the new venture, so stay tuned.

On March 15, 2021, Against the Grain acquired their fourth location in Louisville, KY, located at 119 S. Seventh St. in the downtown area. The former businesses, Another Place Sandwich Shop and Jimmy Can’t Dance, closed on February 28, 2021. Against the Grain plans to continue separate concepts in the building, a sandwich shop upstairs and venue downstairs under the names, Against the Grain Sandwich Emporium and The Flamingo Lounge. Both concepts will feature Against the Grain’s award-winning craft beers.

Against the Grain Sandwich Emporium will focus on toasted sandwiches, flatbreads, and sensible sides…The Flamingo Lounge, located in the building’s basement, will function as an evening to nighttime speakeasy and venue.

We are committed to Louisville and, more specifically, downtown Louisville. Before the pandemic, Louisville exuded all the energy and excitement that guaranteed visitors would have a great time here. Like many when the pandemic hit, we were given the time to be introspective of our values and goals. We’ve enjoyed a social awakening and an opportunity to arise an even better city than before. We’re more than excited at the chance to reinvest and reinvigorate downtown Louisville.

Meanwhile, the Courier Journal’s Ben Tobin reports a lightbulb-firing beer revelation coming soon to 1525 Highland Avenue, located behind O’Shea’s Irish Pub near the confluence of Baxter Avenue and Bardstown Road: It will be called Epiphany Brewing, and one co-owner of this brewing start-up is none other than Igor Chodkovski, formerly of the late Harvest Restaurant.

Chodkowski, a farmer at Field Day Family Farm, is pairing up with friends and fellow co-owners Erik Vaught and Nicholas Clark, who will oversee the brewing operations. Chodkowski said Epiphany Brews will be a “small-scale beer production and a small taproom.” He said the micro-brewery will have 40 seats indoors and 20 outdoors and will sell dozens of varieties of beer, including some bourbon-barrel beers.

The Full Pint was among several news outlets to report Goodwood Brewing & Spirits’ forthcoming bricks ‘n’ mortar location in downtown Indianapolis. Goodwood already has a branch in Frankfort, so can Springfield, Illinois be very far behind?

Louisville-based Goodwood Brewing & Spirits has announced plans to take over the RAM Restaurant and Brewpub in Indianapolis, IN. Goodwood Indianapolis will feature a full kitchen and brewery onsite. Goodwood’s well known beer and spirits, seasonal and rotating brews will be on the menu. A diverse food menu features southern classics with a twist, such as Chicken and Waffles, Buffalo Cauliflower, Bourbon Brined Pork Chop and a unique and delicious weekend brunch. All menus highlight house made and craft beer infused sauces, including Goodwood’s new line of beer infused hot sauces. Goodwood Indianapolis will be the fourth brewpub location, and first outside of Kentucky.

Goodwood gets today’s cover photo credit, which depicts beer cans waiting to be filled. The company also revealed that it is “distributing” the latest revival of Sterling, effective Wednesday. I’m assuming this indicates that Goodwood is brewing the new/old lager, too; if not, someone set me straight. I’d hate to misread the hop leaves.

*This is not an April Fools Joke!*

Sterling Beer is coming to a Goodwood near you! Goodwood Brewing and Spirits will…