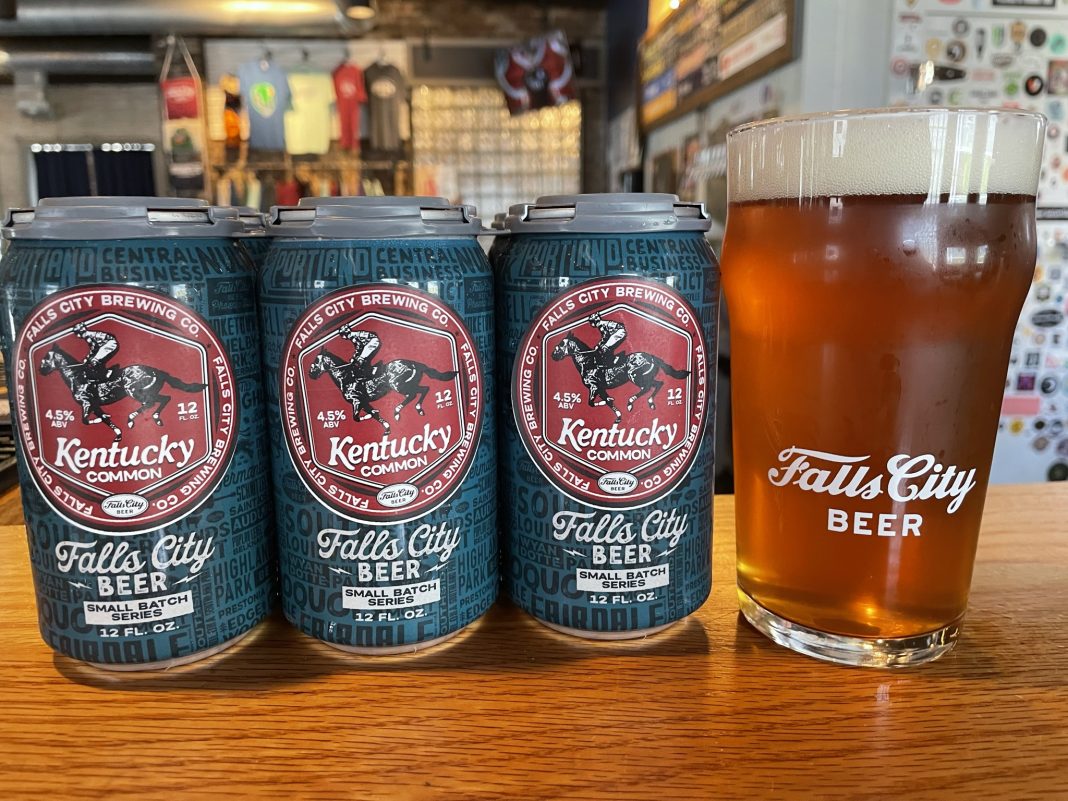 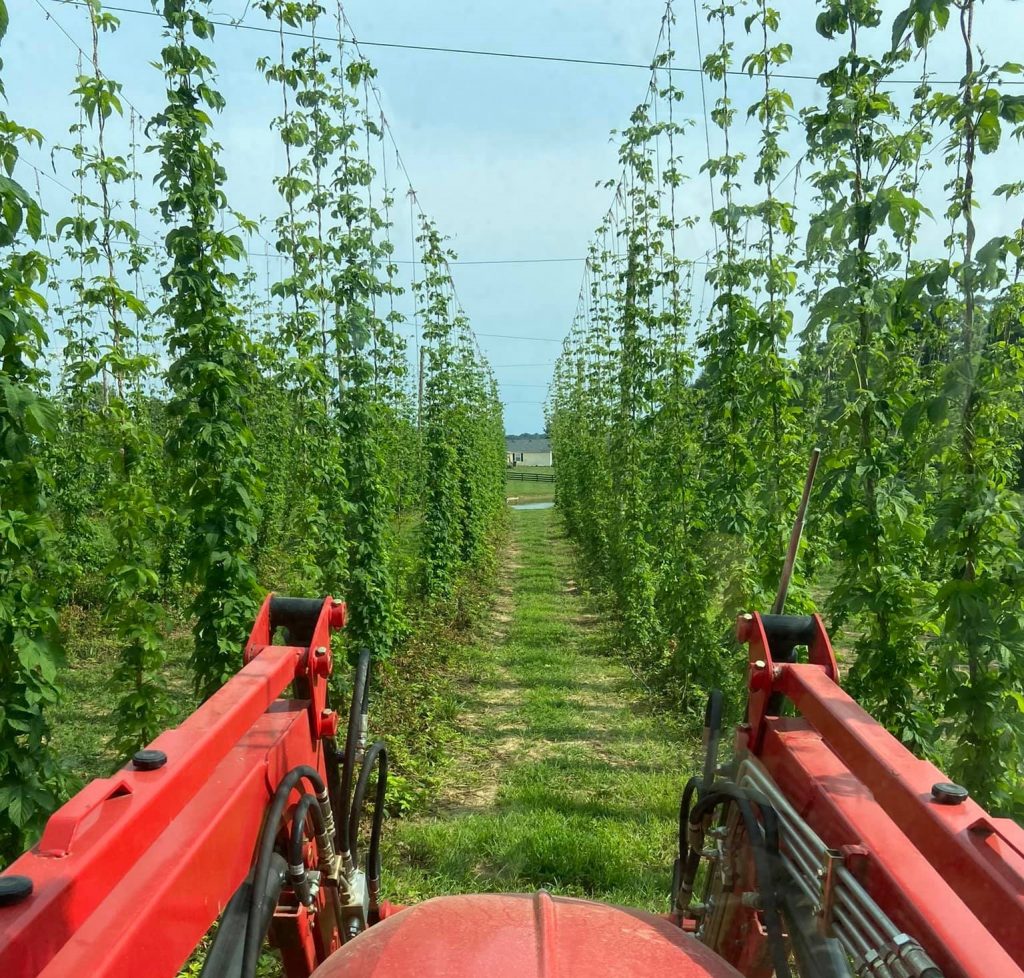 Toss one out, and we’ll “bat” it around…

ROGER’S TAKE: Not a day passes without your faithful columnist, a native of Floyd County (and long-suffering resident of New Albany), doffing his chapeau to the fact that six breweries now operate there. Amazing. Add to these a hop farm, Knob View Hops, which is the subject of an excellent extended profile in the local newspaper. All we need now is a barley grower, an artisanal malthouse to prepare the harvest for use in the brewhouse, and maybe a monastic brewery located up the hill at Mt. St. Francis.

A boy can dream.

ROGER’S TAKE: Hi-Wire’s new taproom is opening Friday (August 20), which is fine by me seeing as everyone I know associated with the launch is first-rate, and the Asheville brewery’s beers are, too.

My quibble has nothing to do with Hi-Wire, although onlookers continue to describe it as the “first out-of-state brewery with facilities in Kentucky,” and I’m not so sure this assertion is correct.

Isn’t BJ’s Restaurant & Brewhouse also an out-of-state brewery with facilities in Kentucky? It dates back to 2008, I believe, or “dated”; I’m assuming BJ’s is still open for business. Did Gordon Biersch brew all of its beers in Louisville from inception? It does now, and has for a long time.

As an aside, while Louisville never had a Rock Bottom, it did once play host to a Hops Restaurant, Bar and Brewery (circa the early 2000s). The less said about that particular travesty, the better.

Perhaps more strictly speaking, Hi-Wire is the first out-of-state brewery to establish a taproom in Louisville without restaurant service. Congrats, best wishes, and full speed ahead.

NEWS ITEM: Want to Make Kentucky Common the Official Beer of the Commonwealth of Kentucky? Not So Fast, by Evan Rail (VinePair).

ROGER’S TAKE: Michael Moeller and the Louisville Ale Trail are garnering national beer media attention for their principled campaign to have Kentucky Common declared the state beer. It’s a topic near and dear to my otherwise calloused heart, so be sure to sign the on-line petition. Also, see the next news item below pertaining to Falls City Kentucky Common.

There’s one section of Rail’s informative report that raises a few hackles with the purist in me.

Delicious, local and historic they may be, but such (Common) beers can also be adjusted to modern preferences — and enjoyed just about anywhere. At Factotum Brewhouse in Denver, owner Laura Bruns Bresnahan says that her brewery’s Kentucky Common is akin to an “imperial” version of the style, offering 8 percent alcohol by volume (ABV) instead of the traditional beer’s 4 to 5.5 percent ABV.

Except, of course, for the inconvenient fact that brewing a Kentucky Common to 8% abv irrevocably renders it unCommon, negating the voluminous historical evidence about the style’s efficacy as an inexpensive everyday people’s beer at a moderate alcohol content.

“Enjoy our Imperial Kölsch. It’s 9% abv, and we decided to color it black and age the juice for six months in a freshly dumped pickle barrel, but it’s still a Kölsch, because: unbridled creativity!”

Probably there are so few contemporary brewers offering Kentucky Common on a consistent basis that Rail couldn’t find another example on deadline, although this points to another issue pertaining to Commonism in Our Time: it’s not at all clear what the yardstick for Kentucky Common really is, in terms of flavor. To me it’s enough to consider it a dark cream ale, and a low ABV is axiomatic, and yet without a lower price point, does any of it even make sense?

But I definitely don’t understand the persistent urge to obliterate classic session-strength beer styles by transforming them into steroidal “imperial” variants, and my advice for rectifying the situation is simple. Just … 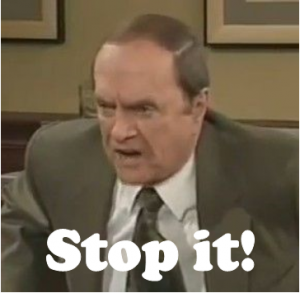 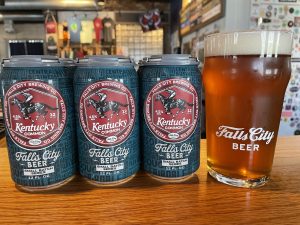 ROGER’S TAKE: To extrapolate on the preceding, brewmaster Cameron Finnis has been tweaking the grain bill for Falls City Kentucky Common (a bit more rye, he told me), and making a few other fermentable changes. In my view, the basic flavor hasn’t changed, but there is greater sharpness and focus to the recipe. I like it.

Proficient brewers like Finnis are much like studio producers and sound engineers in analog times, who took raw audio recordings and shaped the sounds into coherent pieces of music. Brewers still do this, with fermentation temperatures, hop additions and many other bits of seemingly arcane knowledge that shape the dimensions of the finished beer.

Falls City Kentucky Common tastes to me like an amber/dark cream ale with a pleasingly complex malt character. It tastes good at a sessionable 4.5% ABV, which is the important part, and I’d certainly drink more than one (full disclosure: I DID drink more than one prior to pontificating in this space).

Currently the revised Kentucky Common can be enjoyed at the Falls City Taproom (901 E. Liberty), both on tap and in cans to go. 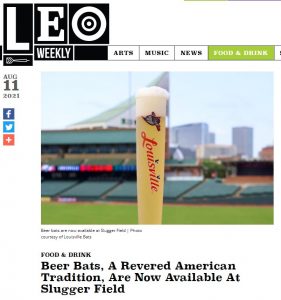 ROGER’S TAKE: Well, I’ve been vaccinated — against gimmicks, that is — but hey, I’ll wear a mask if it helps the cause of #RespectForBeer.