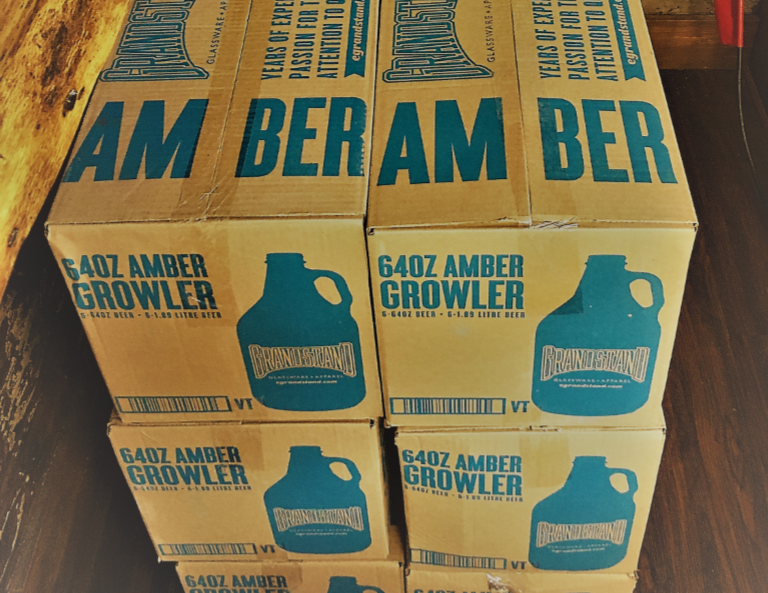 Today is Memorial Day. For many people the holiday hasn’t felt appreciably different from any other day the past two months, with the surreal springtime of 2020 finally coming to a close.

Food & Dining Magazine’s Hip Hops column is devoted to the beer beat, and an essential component for the health and well being of any city’s beer scene is its core of local breweries. In the broadest of terms, the pandemic has been kind to Louisville’s breweries. Many of ours never closed entirely during the pandemic, and others have reopened.

Here’s a status list with the (incomplete) lowdown, as assembled Sunday afternoon in the company of a tankard of Falls City Bock — and then another, after the first.

Given today’s holiday, a quick check of opening hours is advised, and advance apologies if I’ve missed a brewery. Please let me know, and corrections will be made.

The following Louisville-area breweries are open, with an option to sit inside and/or outside; in short, they’re not limited to curbside pickup only.

Both the BBC locations and NABC have indicated they’ll be returning to business hours at some point in the future. We have no word from Biersch.

Andy Crouch is a beer writer from Massachusetts, and he’s so good at it that a confederacy of dunces has taken to denouncing him. Well, maybe only one; it’s how to know you’ve arrived. From a random observation on Twitter a few weeks back, Crouch has fashioned one of the best arguments I’ve read for a fundamental rethink of state regulatory regimes for beer, wine and spirits.

Liquor store employees load up their pickup truck with kegs and fill up growlers in their customers’ driveways. In Brooklyn, bars are filling Mason jars and plastic bags with mystery cocktails and selling them through a window to the public walking by. At Trillium Brewing in the Boston area, the brewery opens for online sales at 9am sharp every morning, sells out its daily allotment within minutes, and staff spend the rest of the day delivering beer directly to homes across half the state. The wild new world of COVID-19 alcohol laws are here but will they stay?

Rules and regulations are inevitable in any business or profession, but the ones pertaining to beverage alcohol often are a more impenetrable thicket than most, multiplied 50 times for each state in the union, compounded by additional layers of local blue laws, and seemingly imposed for the very purpose of denying that the repeal of Prohibition ever took place.

Crouch continues; you can read the whole article here: The Case for Public Drinking (Beer Edge).

America has long relegated the consumption of alcohol to bars and restaurants. In doing so, localities have further sought to control the public’s ability to consume alcohol under stringent liquor laws. Many states and cities limit the number of alcohol sale licenses, causing an artificial and inflated market for their value. Each year, the bar, restaurant, or brewery pays a few hundred or thousands of dollars in these markets to renew their licenses, paying the fees directly to the city or state. If you want to open a new establishment in an area that has hit its limit on licenses, you either have to contemplate not serving booze—something that is rarely tenable in major markets—or you have to buy someone else’s license.

This governmental created scarcity causes the value of liquor licenses to skyrocket, often going for hundreds of thousands of dollars on the open market. And none of this profit goes to the city or state, only into the pockets of private companies and owners.

As much as I would like to sit arm to arm with a complete stranger at a local bar, casually discussing local events or the weather, it’s going to be a long time before most people feel comfortable doing that.

Until we’re able to return to that kind of normalcy, assuming it can return, local and state governments should continue the creative thinking they’ve developed during the pandemic response and contemplate allowing breweries or bars to operate beer gardens in large, outdoor public settings and to relax local laws governing open containers.

With the weather improving, people want to get together while still being able to maintain proper physical distancing. Beer gardens satisfy a long suppressed hunger for open-air forums of public fun. The public should be allowed to enjoy some communality and conviviality, fresh air, and a beer or two all in the company of good friends and their restorative laughter.

We’ve observed this loosening in both Kentucky and Indiana. For alcoholic beverage permit holders, the benefits of these temporary dispensations have been tangible, although tempered by the dark clouds hovering on the horizon: just how long is “temporary”?

Some legislators already are contemplating taking their machetes to the tangled undergrowth. As a cautionary note, even if the nation’s elected officials might agree to the necessity of rationalizing laws pertaining to alcoholic beverages, there will be at least two tripping points: industry lobby groups (package liquor versus big box versus on-premise, etc) and the entrenched bureaucracies of the regulatory agencies themselves).

COLUMBUS, Ohio—Want wine and cocktails available for delivery permanently? Looking to enjoy an alcoholic beverage outside of a bar, restaurant, or winery? Some Ohio lawmakers are working to take your order.

Under the new legislation — initially given the devilishly numbered House Bill 666 but refiled as House Bill 669 — bars, restaurants, small breweries, micro-distilleries and wineries could sell drinks in covered cups, or alcoholic beverages (such as wine) in their original sealed containers, for customers to drink away from the premises.

… As the COVID-19 pandemic swept the country, many state liquor authorities displayed uncharacteristic flexibility in loosening their regulations, allowing many restaurants to sell beer, wine, spirits and cocktails for takeout and delivery for the first time in an attempt to help those businesses survive.

And even as state restrictions are being lifted and restaurants gradually reopen for dine-in, many operators are hoping the added revenue stream of to-go alcohol will remain in place permanently — or at least longer into what is expected to be a slow recovery.

Liquor Laws Loosen Up in the Face of Delivery-Only Dining, by Caleb Pershan (Eater)

If all goes well with temporarily relaxed liquor laws, waivers could very well be extended, and conceivably made permanent. “The best case is people figure out how to do this well, and realize they could have done it lawfully this whole time… A lot of [restaurants] who might just never have thought of it might find that the condo across the street will buy $20 or $30 bottles of wine with carryout.”