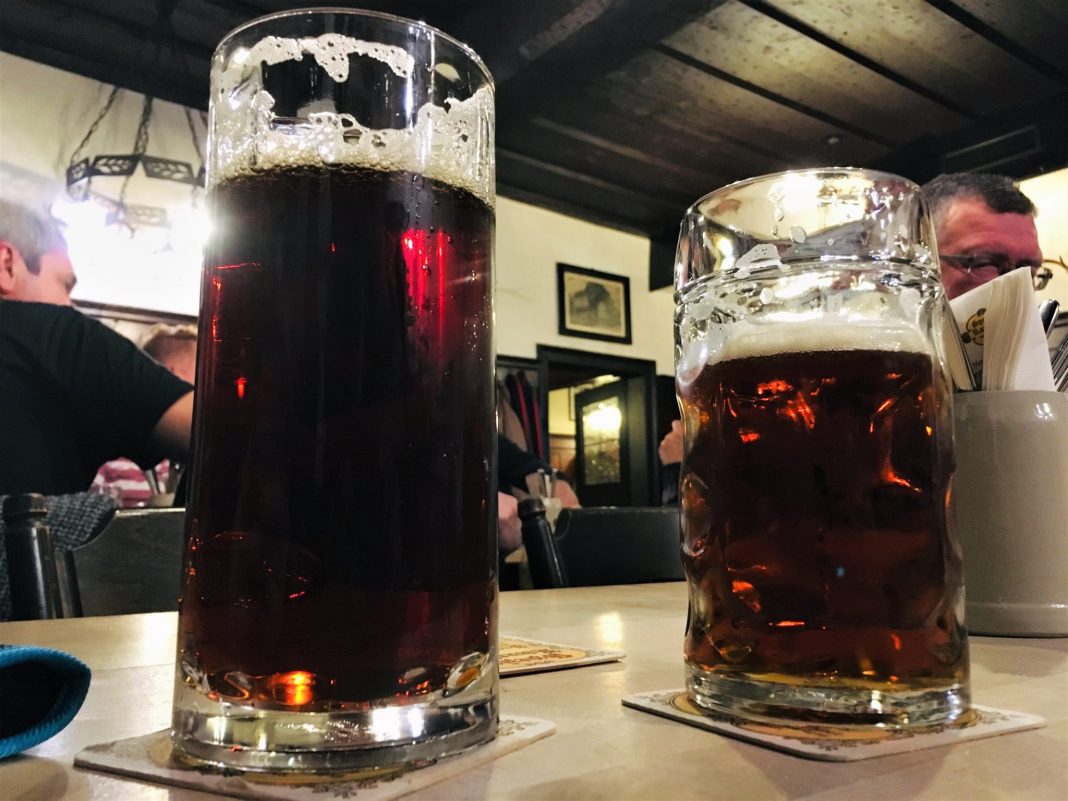 Ugh. Readers, how about a (real) beer for a change? Now if you’ll excuse me, a nice hot shower.

Last November beer writers John Holl and Andy Crouch launched Beer Edge, “offering a multimedia platform from which to deliver quality, entertaining, and informative beer content for the engaged, interested reader and listener,” and further providing “a fresh and unfiltered look at the world of better, flavorful beer.”

I’m a big fan of Andy’s work even if we have not met; concurrently, let the record show that the pinnacle of my beer writing career occurred when John and his writing partner Nate Schweber allowed me to contribute the forward to their 2011 book, Indiana Breweries.

Given the quadrupling (quintupling?) of Hoosier breweries in the nine years since, it might as well have been 1811 when I made John’s acquaintance. In the forward I wrote about the hardscrabble decade of the 1990s in the beer wilderness, all the while gratified and slightly amazed that I could even remember any of it.

We didn’t call it craft beer in those ancient times. We simply called it good beer, and I believe I knew the name, rank and serial number of every person in the state who shared my preference for it. At times it was a lonely existence, just me and a few of my closest friends, like Fidel and Che camped in the Sierra Maestra mountains, sifting through the flotsam and jetsam of mass-produced, carbonated alco-pop in search of the stray hop, all the while watching the yokels flee in terror at the mere sight of “the dark stuff.”

I’ve enjoyed listening to some of Beer Edge’s recent podcasts, and recommend two editions in particular. The first is a conversation with Pete Brown, another go-to beer writer and wonderful British commentator on food, cider and other of life’s bare essentials; in it Brown discusses his new book, “Craft – An Argument: Why the term ‘Craft beer’ is completely undefinable, hopelessly misunderstood and absolutely essential.”

The other podcast features the Brewers Association’s chief Bob Pease. This is the craft brewing industry’s trade and advocacy group, owner and promoter of the Craft Brewers Conference and Great American Beer Festival, federal government lobbyist, and wielder of the semantics (who is craft, and who is not).

If you’ve been wondering how COVID-19 has been treating the nation’s craft brewing community, not to mention the BA itself, this podcast is worth a listen. The requisite spoiler alert: the pandemic’s uncanny ability to reveal and exploit latent weaknesses both in humans and their built environment hasn’t spared craft brewing.

COVID compels the BA, and all of us, to look in the mirror. The reflection isn’t always as pretty a sight as we imagined.

Those latent craft beer issues include diversity, sexism and racism, as well as matters of technical performance, i.e. quality control.The latter continues to “pop up” as brewers become ever more … artistic?

The latter discussion resurfaced recently when cult favorite Trillium Brewing Company got itself into a bit of trouble at Instagram with its response to a canning issue, which was construed by some as Trillium improperly shifting the blame for can explosions to the consumer, and deflecting the reality that secondary fermentations owing to fresh fruit and sugar being packed into cans will result occasionally in the creation of fresh, flavorful beer and hand grenades.

Trillium later admirably compensated, saying it was a misunderstanding and clarifying that refunds would be issued for those with newly purple kitchens. My response was to shrug, swear a silent oath of fealty to simple pleasures in life, and pop the top on a can of Sierra Nevada Pale Ale. It’s a classic and profoundly non-trendy style noted for conceptual endurance and technical stability, as it were.

There is good news out of the Kentucky bourbon belt with a brewery opening in Bardstown. Scout & Scholar Brewing’s first beers have been released, with the on-premise restaurant to follow in October. Of special interest to Louisvillian craft beer lovers is the presence of an old acquaintance.

Scout & Scholar’s kitchen and overall operation are run by Caleb Sunderman, formerly chef at 610 Magnolia and Sous Chef de Cuisine at Milkwood in Louisville. Caleb attended Sullivan University, was a member of the Sullivan Culinary Team and worked with the Bluegrass Brewing Company.

Best wishes to Caleb and the folks at Scout & Scholar. In closing, here’s something I previously missed.

The Do/Live/Love brewery in development at 1020 E. Washington in Butchertown rebranded earlier this year and now is known as Ten20 Craft Brewery (see what they did there?) The brewery’s Facebook page has been active as construction proceeds. See also F&D’s previous coverage.

Cover photo: Bock and Lagerbier at Brauerei Spezial in Bamberg, Germany in December 2019.