Home DRINK Beer Hip Hops: We can always wait until the tide comes around 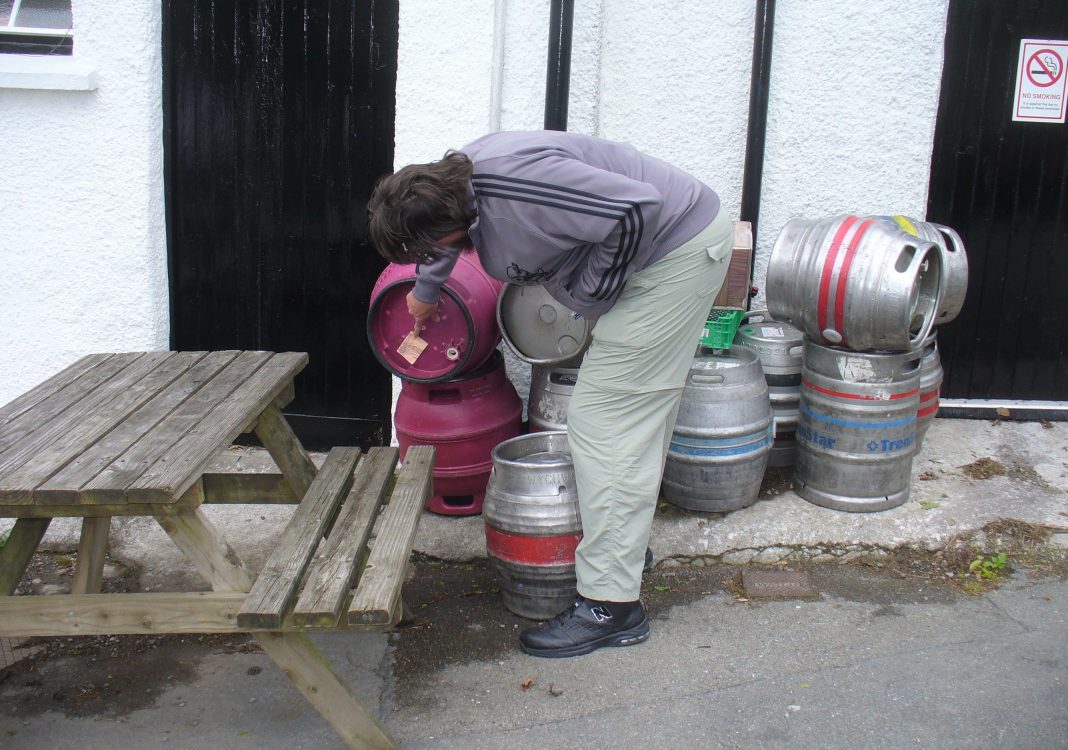 The “Hip Hops” column dates back to 2004 in Food & Dining Magazine’s print format, but digitally, it celebrates its first birthday tomorrow.

Any excuse for a celebratory beer, right?

It occurs to me that every now and then, nomenclature assistance is necessary, so let us consider a word I recently spied in the header of an article about trendy new craft beers.

Let’s make one thing perfectly clear: “Suds” is short for “soapsuds,” which happen when soap and water mix.

Be advised that soap is not used to make beer.

“Suds” is cute (like an iguana), but it’s nothing whatever to do with beer. Writers, be aware of this, will you? Stop using the word “suds” just because someone thinks it’s lively and clever. It isn’t. It’s lazy. If you’re an editor at a publication and you’re sanctioning the use of “suds” in connection with beer, then the course is quite clear.

You’re to be flogged. Beer lovers will thank you, and so will I.

Of course I’m joking. At least I think it’s a joke.

If not, it wouldn’t be the first time that I’ve come perilously close to taking this whole beer thing a bit too seriously. It’s been close to 40 years, after all, and old habits can be awfully hard to break. Following are words I wrote way back in 1998 in an essay explaining why my sole demonstrable skill upon exiting high school was drinking beer, and consequently, my primary ambition was to be the best beer drinker of all.

Whether the passage is prescient or pretentious, I own it.

It takes an act of calculated volition to escape the subtle noose of conformity that American consumer culture imperceptibly tightens with every ubiquitous ploy in its considerable arsenal, with every billboard, television advertisement and sponsorship agreement that assaults our senses in a typical day.

To begin escaping it, you have to be willing to question beliefs that seem all the more sacrosanct owing to the almost religious conviction with which they are advanced.

You must try to cease thinking in terms of packaging and presentation, and begin thinking in terms of essences and ultimate meaning, to abandon the orthodoxy that more for less is always better, and to recognize that enlightenment is far preferable to ignorance even when broader understanding brings with it “unpatriotic” and “antisocial” perceptions and connotations on the part of your peers.

This last part is the hardest part. It comes when you’ve been able to do these things, and by doing so, you find yourself utterly and irrevocably at odds with the culture of your upbringing. The past and the people who populated it retain a pull on you, but you know that you can never go back to it. It, and they, will have to come to you – or be damned.

For my money, the sociology of human beings making alcoholic beverages and drinking them, both privately and publicly, is the most complex, intimate and fascinating of all such systems that seek to explain our behavior in the context of interaction with others. All the elements are there: Religiosity, education, science, individual and group psychology … on and on, with all aspects of the human experience, the bodies and the blood, capable of being poured into a glass and consumed.

The power and intensity of the metaphor is enhanced by knowledge, and this alters your relationship with the people who are taking part, and with the elixir in the glass.

Of course, one tinkers with these fragile relationships at his own peril; once released, the genie might be reluctant to crawl meekly back into his prison, and so it has been with me. It takes a certain hardness of heart to realize that your beliefs are beyond compromise, even if the result is a schism with the past.

I’ve come a long way toward achieving my high school goal of being a better beer drinker than all the rest of them – not in terms of volume, but in terms of understanding. If celebrating this accomplishment means sharing with them the (mass market) beers that started us all down this path, and partaking of the liquid they still venerate, as though nothing has changed during decades of incessant, clamorous change, then I’ll have to regrettably pass, and urge them to come to me on my terms … or not at all.

You can expect to see this and so much more in my autobiography, tentatively entitled Beer, Bile & Bolsheviks: A Fermentable Life. Meanwhile, some readers will recall a column in this space from late last summer.

Hip Hops: Poperinge’s Beer and Hop Fest is postponed but not forgotten

Alas, pandemic-related uncertainties in Belgium remain, and the city mothers and fathers in Poperinge have decided to forego their celebration in 2021, too. A final decision about when the festival will resume (either 2022 or 2023) has yet to be made.

Whatever the year, we’ll be there. Here’s to the world heritage of beer and brewing, which can get quite big and international, when the essence of it remains very small and local.

In this week’s cover photo, your correspondent is seen inspecting the empties at the Royal Oak Inn in Meavy, Devon UK in 2009.