Home DRINK Beer Hip Hops: West Sixth NuLu gets under way with a window to... 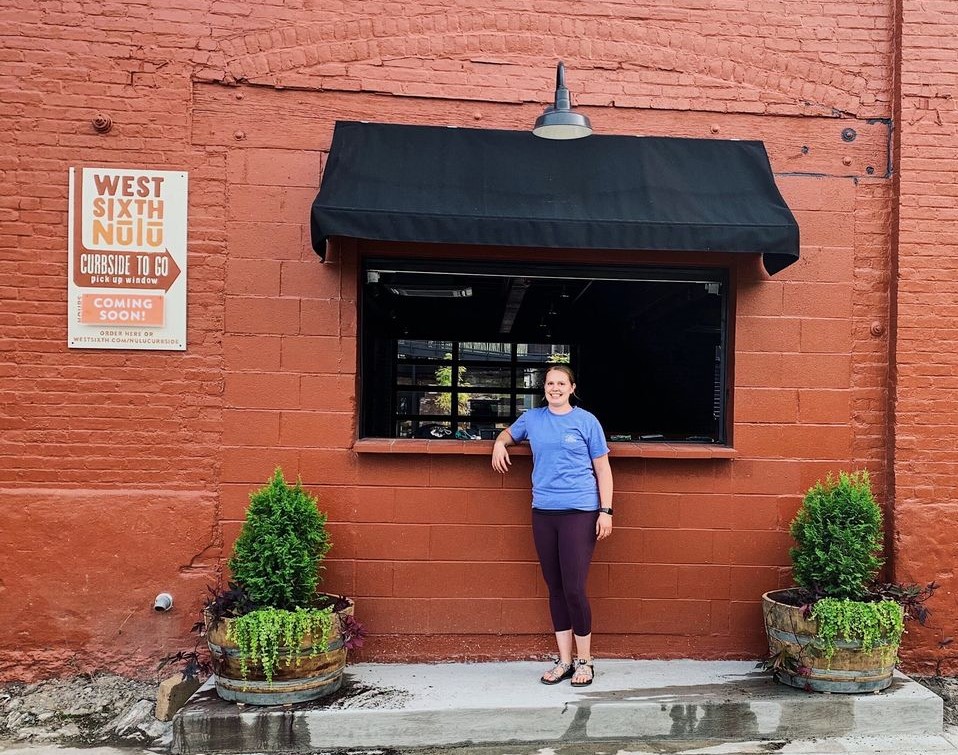 It’s a small step, and yet a highly anticipated one. Thirteen months ago, Lexington’s West Sixth Brewing commenced work on its NuLu brewery and taproom at 821 E. Market in Louisville. Then COVID-19 got in the way, but last week the taproom’s spigot was opened.

Visit our curbside window on the back side of our property to grab cans and bottles to-go! Our hours are Thursday & Friday 4-8 and Saturday & Sunday 12-6. Visit westsixth.com/nulucurbside for all the info — you can walk-up and purchase, or visit our purchase platform to pre-order now.

We’re open for curbside beers starting TODAY!! 😱Grab cans or bottles to-go from our little window at the back of our…

West Sixth was founded in 2012, and from the outset recognized an awareness of topics not always debated at RateBeer: environmental sustainability, community engagement and philanthropy, among others.

“We started with the goal of not just making great beer but also having a positive impact on the communities we’re a part of,” co-founder Ben Self told the Lexington Herald Leader in 2017.

Although West Sixth brews a broad yearly range of styles, the brewery probably is best known for its IPA, a straightforward, accomplished and gimmick-free everyday example of the genre. In March, West Sixth announced a “stovepipe” innovation in canning its IPA.

West Sixth IPA is the brewery’s flagship beer and the best-selling craft beer in the state of Kentucky. It will be the first Kentucky-made craft beer to be released in the 19.2 oz. can format in the state, and will also continue to be distributed in 12 oz. cans. Brewed with Cascade, Centennial, Citra, and Columbus hops and clocking in at 7% ABV, the beer evokes strong notes of citrus, floral, and pine stickiness over a strong backbone of bready malt.

Back in NuLu, the next stages of West Sixth’s bricks and mortar rollout can be expected to fall into place according to pandemic logic, which is to say not quite the way anyone foresaw. For now, beer comes out the window, and that’s enough to start.