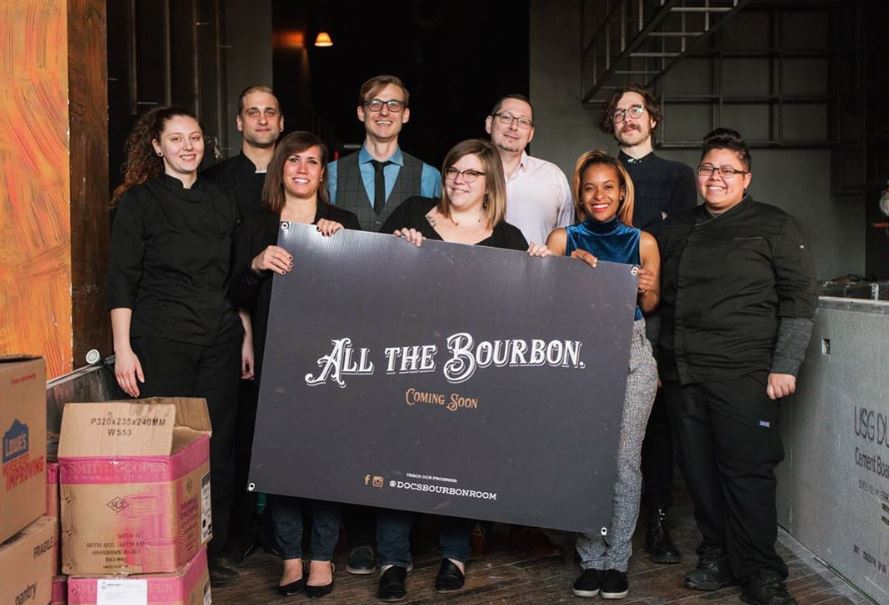 In a last-minute information release from the North Pole, noted seasonal business mogul S. Claus has announced that all petitioners over the age of 21 who have submitted itemized lists that include a specific wish for “the nation’s biggest whiskey bar” kindly accept an IOU rather than having it gift-wrapped and crammed down the chimney.

That’s because Doc’s Bourbon Room is slated for a February 5 opening date on Whiskey Row in downtown Louisville, right next to Doc Crow’s Southern Smokehouse and Raw Bar.

We can only hope you weren’t naughty, or no flights for you.

Here is a quick bullet list of what’s in store at Doc’s Bourbon Room:

It is worth reiterating that Bertuca’s stated aim is for Doc’s Bourbon Room to be America’s largest and most comprehensive whiskey bar, with choices running to 1,000 or more. He scores today’s coda:

“Kentucky is the epicenter of bourbon. We wanted to create a space that does the culture justice. We already have such a strong foundation at Doc Crow’s. It made sense to build on that success.”

As the February 5 grand opening of Doc’s Bourbon Room draws near, you can monitor the progress at these addresses: