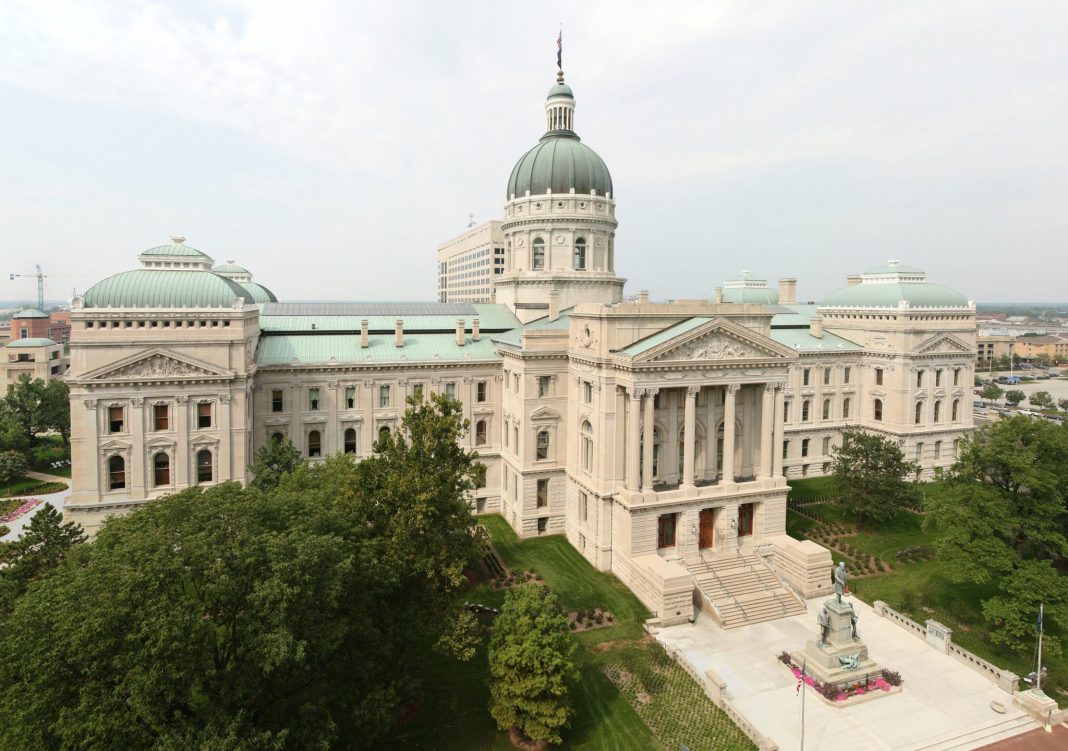 Kentucky’s and Indiana’s paths may have diverged as their governments begin to implement gradual measures to “reopen” state economies by relaxing coronavirus restrictions. This suggests a period during which restaurant regulatory regimes will differ depending on which side of the Ohio River they’re located.

(As a clarification to what follows, we’re speaking of dining and drinking on-premise. It seems likely that curbside carryout and delivery programs will remain in place during the transitional period and beyond.)

Last Friday in Indianapolis, Governor Eric Holcomb produced his much anticipated five-stage Back on Track Indiana plan, described as a “roadmap to safely reopen Indiana” after almost two months of semi-quarantine. Ethan May of the Indianapolis Star produced this summary amid a fair degree of initial chronological confusion, since clarified.

Restaurants can open with 50% capacity during the second week of Stage 2 of the plan. All counties are eligible to move to that stage on Monday, May 4 — except Marion, Lake and Cass counties, which have been hotspots for COVID-19.

With restaurants delayed a week after the beginning of Stage 2, they would be set to start reopening on May 11 … (however the governor) said the state wouldn’t interfere with local governments who decide to put in stricter rules.

So far there is no indication that officials in Clark, Floyd or Harrison counties are anticipating “stricter rules.” Continued May:

The bar scene will remain closed in Stage 2 across the state, the governor said. Bars will be allowed to reopen at 50% capacity during Stage 4 of the reopening plan, which begins for most of the state on June 14. At that time, restaurants will move to 75% capacity, provided there are no spikes in illness.

Given the bewildering array of permits governing alcohol sales, telling the difference in Indiana between a restaurant and a bar in terms of adult libations can resemble the arguments in a case before the U. S. Supreme Court.

This said, the timetable follows. Social distancing is not always referenced explicitly by the state, but rather must be understood, as well as this important proviso: “If key principles of health remain positive.”

Last Wednesday, Kentucky Governor Andy Beshear announced his opening steps toward normality, but did not include eateries in the first round of reopenings.

Beshear said part of the difficulty in opening restaurants is eating at a public dining establishment while wearing a face mask, which all Kentuckians are being asked to do starting on May 11. Beshear also said that it will be tough on restaurants’ financial outlooks to be asked to limit capacity to stem the spread of the coronavirus.

It’s too early to tell exactly which Southern Indiana restaurants will resume operations on premise (subject to capacity, distancing and operational rules) during the week of May 11. Stay tuned later this week for what we’ve learned.