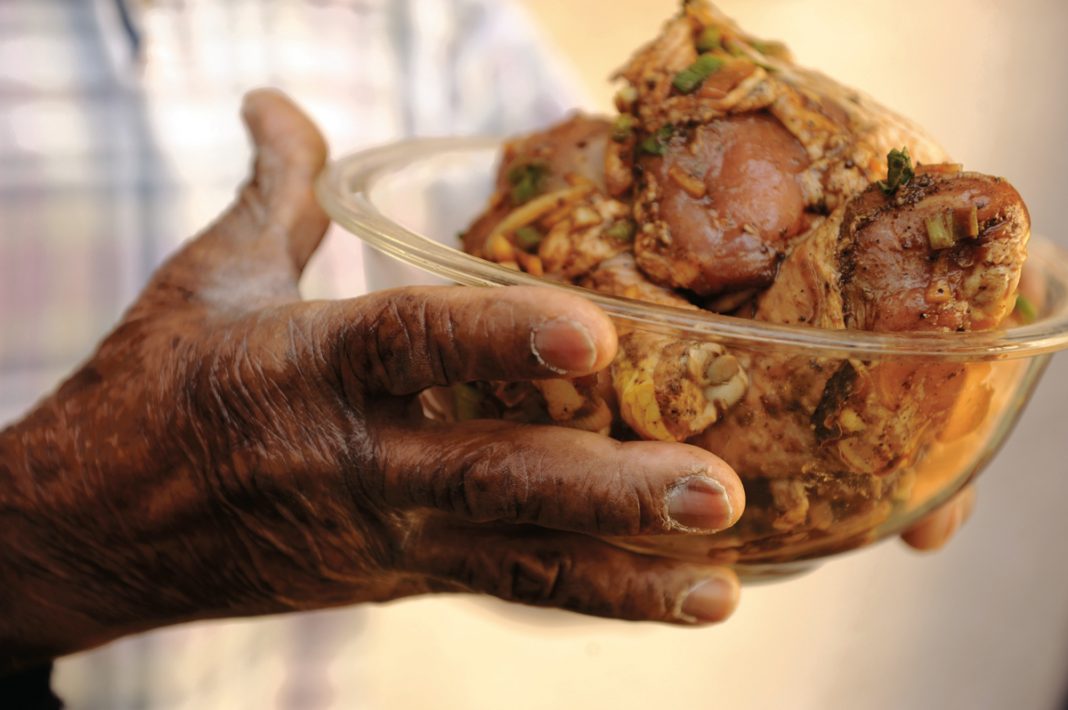 The 2020 the Four Roses Kentucky Reggae Festival (presented by Bath Fitter) has been postponed to a later date owing to COVID-19. However, the coronavirus simply cannot prevent the Jamaican Jerk Marinade (with chicken) recipe featured herein.

Due to COVID-19, we are still working on confirming dates for the Four Roses Bourbon Kentucky Reggae Festival presented by Bath Fitter. We will keep you updated as we get closer to an official date.

Posted by Kentucky Reggae Festival on Friday, May 15, 2020

Certain foods bring more to the table than just their good taste. Some foods evoke a range of sensory connections that tie us to experiences and memories. For me, when I eat the foods of the Caribbean, I see again the deep blue sky over the white sands that hug the blue-green waters, I hear the happy laughter of the people who have come to love living by that warm sea, who create rich art and music out of their long-established culture.

(Originally published in the Summer 2010 issue of Food & Dining)

I first experienced Caribbean life and cuisine when I was in the Navy. One of my best discoveries was the vibrant taste of street food, and jerk chicken is the street food that most re-connects me to the memories of life in the Caribbean.

Although a few restaurants in Louisville have jerk chicken on their menus, what we generally find locally pales in comparison to the dish I ate in the Islands. But happily, once a year I can find the dish made authentically enough to flood me with happy memories once more — at the Kentucky Reggae Festival. 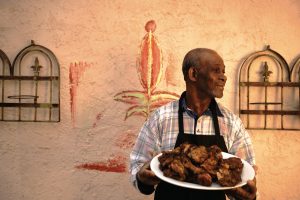 One person responsible for cooking the 1100 pounds of supernaturally good chicken served at Reggae Fest is Harold Williams, who has lived in Louisville since he moved here in 1969. Since the 1980’s he and other members of the Jamaican Association of Louisville have cooked jerk chicken for the benefit of the Louisville public, first on the Belvedere for a variety of international festivals, and for the last 30 years at the Water Tower for the Kentucky Reggae Festival.

Jerk chicken comes from the Arawak Indians use of the Jamaican “pimento,” known here as allspice, which they use to season meat (traditionally wild pig) before smoking it. For anyone who has baked Christmas cookies, the amount of allspice in jerk sauce seems unconscionable, but its place as a savory seasoning is indisputable once you taste this recipe.

A variety of other influences and additions have resulted in a mix used to marinate the meat, including the hottest chili peppers known to man (Scotch bonnet), green onions, garlic and other tropical spices, including cinnamon and nutmeg. 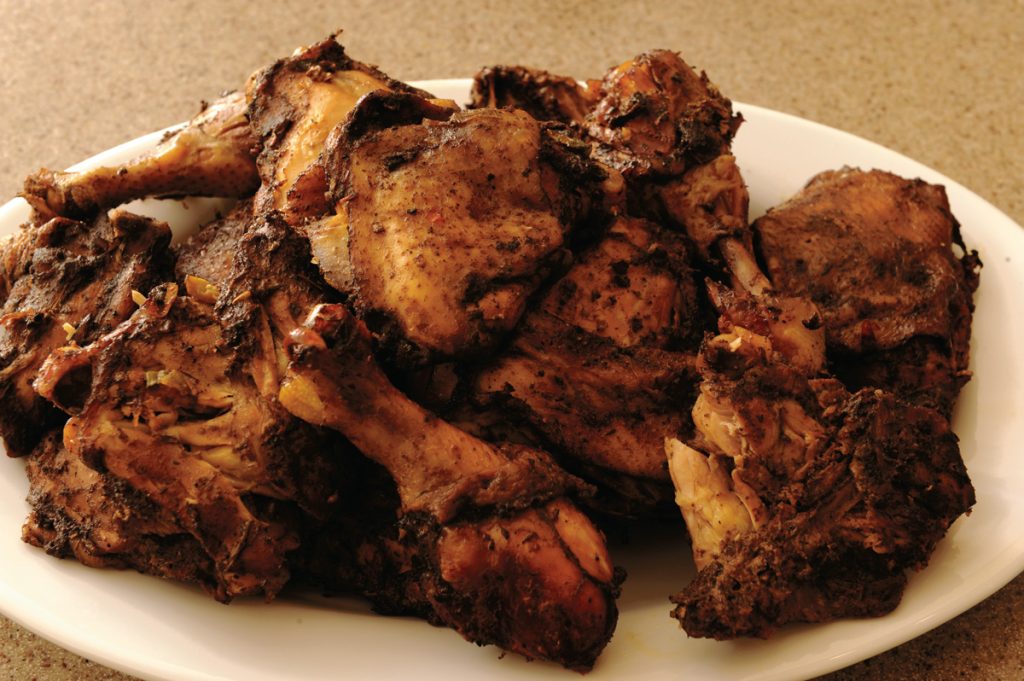 Combine all ingredients in a food processor and blend until smooth. This sauce will keep a long time refrigerated.

To use the sauce, rub about a third into the meat (dark meat chicken is preferred but pork shoulder is an option to be explored) and refrigerate overnight. If you’re using pork shoulder, score the fat and rub it in. Use a third (or so) of the marinade to baste the meat as it cooks. Reserve the last to serve with the meat after it has cooked.

Jerk is cooked low and slow, like traditional barbecue, not grilled like steak or chicken. Keep the heat at 250 degrees or so, and keep the top on the grill. (You can cook it in a pan in a low oven also. If you do, keep the juices from the meat, mix in more jerk seasoning and serve as “sauce” over meat and rice.) F&D