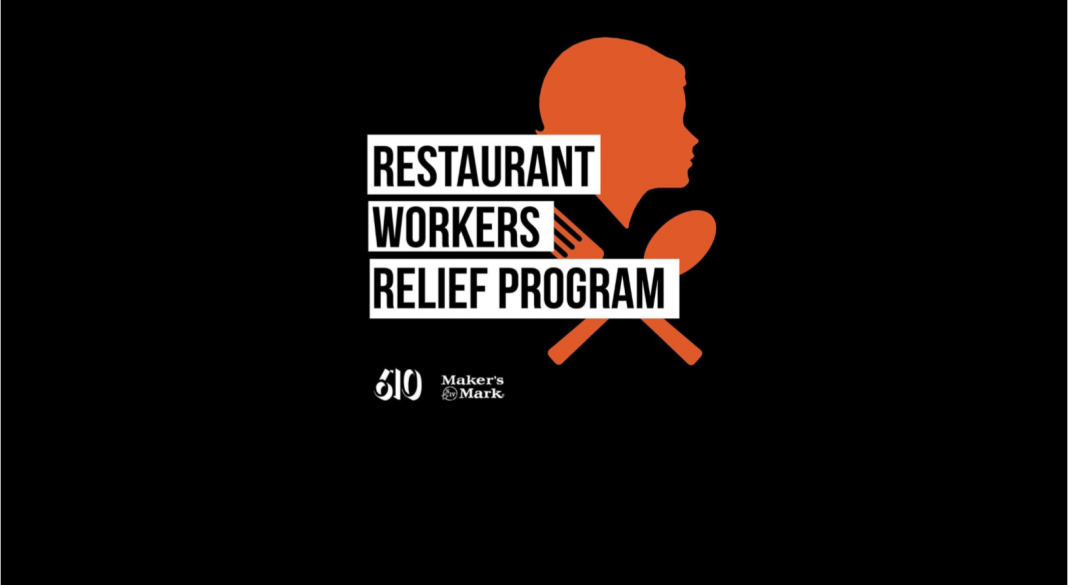 Staying abreast of the pandemic response outreach engendered by The LEE Initiative’s Restaurant Workers Relief Program would require its own cable network, so for those of you just joining us, a brief recap.

Our nonprofit called the LEE Initiative was a wonderful but very small nonprofit and we had a partnership with Maker’s Mark already, and we were doing a women’s chef initiative that was helping to empower women cooks across the country. When the restaurant shutdown happened, I own three restaurants in Louisville and we just out of necessity, we took all the food and just started cooking it because it was all going to go bad. I said instead of wasting this food, we should feed at least our staff that we had to lay off.

We started it that way and we realized quickly that this wasn’t just going to be our problem, this wasn’t a Louisville problem, that this was going to be a big national problem. The director of the LEE Initiative is a lady by the name of Lindsey Ofcacek, and she has a great relationship with Maker’s, and she called them and said, “Hey, you should see what we’re doing because I think this is something that we should go national with.” And to their credit, they quickly responded, saw what we’re doing. So March 16th was the first night that we officially opened and we fed about 300 people that evening. And they quickly saw that this was going to be something that should be replicated. And in the next two weeks, we opened 14 relief kitchens around the country.

Relief kitchen openings soon were augmented with a series of grants: LEE Initiative’s Restaurant Workers Relief Program expands, awards four “Grants for Good”. Numerous other initiatives are being pursued, as with this information release from The LEE Initiative that came over the wires yesterday.

This week, The LEE Initiative is partnering with David Danielson, executive chef of Churchill Downs, to donate dinners to over 1000 employees at the Louisville Metro Police Department and the Veterans Affairs Hospital. Danielson will be working closely with Chef Kevin Ashworth, who is running the relief kitchen at 610 Magnolia.

“We’ve received a lot of support from the community for the Restaurant Workers Relief Program and we want to extend that hospitality to some people in Louisville who are working on the frontlines. We are so appreciative of what the employees at LMPD and the VA Hospital are doing and this is a little something to show our gratitude,” says Ashworth.

For more information on the relief efforts, please follow The LEE Initiative on social media.