Home MAGAZINE ARTICLES COLUMNS Letter from the Editor: On the backstretch (maybe) near the far turn 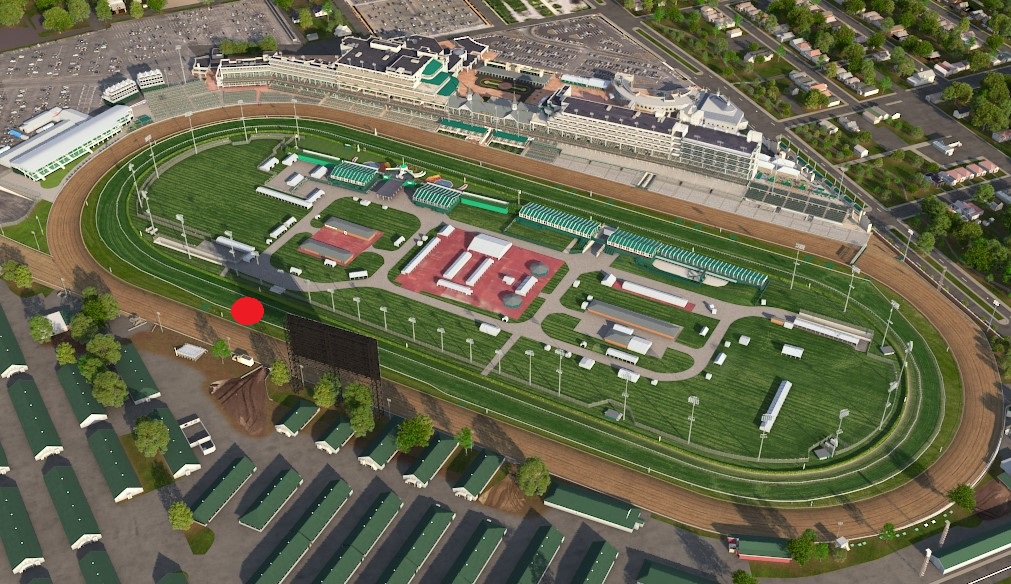 Last Saturday and Sunday, my wife, Mary, and I donned our masks, picked up flyers, and spent the mornings knocking on doors (maybe a hundred by the end of the weekend) in Clifton and Shively as part of a get-out-the-vote canvassing campaign on the last weekend before Kentucky’s Primary election.

The routine: pull up your mask, knock on the door, step back as far as you can get from the door, and hold up the flyer so people peeking through their windows know your business.

Knocking on strangers’ doors is never a comfortable thing.  And like us, most of the folks we visited have gone months now with little or no face-to-face contact even with family and friends. So at times these encounters – with us speaking in mask-muffled voices – felt like scenes from a sci-fi movie about space aliens going door to door to chat with native earthlings.

Still, at every household we visited – without exception — we were greeted with enthusiastic smiles, and an eager, optimistic sense about this year’s elections.

Afterwards, we cooled off with ice cream. Comfy Cow on Saturday, across the river to Zesto on Sunday. Those visits, and the occasional carry-out from places like Double Dragon, Joy Luck, The Post,  The Fish House, and other favorites are as close as we’ve come to restaurants since March.

The epidemic has visited abundant pain, suffering, anxiety, and economic distress upon the land. And cases are surging again in some parts of the country. As I write I write this, 35,000 new cases have been identified in the last twenty-four hours, the third highest total since counting began.  States that initially resisted preventive policies, and then raced to re-open their businesses, are now seeing the consequences and trying to reverse course – a desperately difficult thing to do.

Last weekend, the Belmont Stakes was run before empty stands at the shortened distance of 1 1/8 miles. For the record, I hit the exacta. But at that distance the stretch run – which is a formidable test at the customary mile-and-a-half – seemed bereft of the customary drama.

Traditionally, the Triple Crown races are all about the stretch runs. That’s one of the reasons Churchill Downs, which famously has one of the longest stretches in all of horse racing, 1,234 feet and 6 inches from the turn to the finish, is home to a race that has been a storied part of American culture for 146 years.

This year’s Kentucky Derby, which will be run at the customary mile-and-a-quarter, is scheduled for September 5. Here at F&D, we plan to return to publishing in print in advance of the Derby. And we’re starting now to plan the issue and figure out how to cover a dining scene that has been in flux, but by any measure has proven more resilient and innovative that anyone might have predicted back in March.  Our mission is to support that scene with honest, objective coverage with the best food and dining writing and photography in the Metro region, and we’re looking forward to our return to print.

But as far as I can tell, at this juncture in the CoronaVirus Stakes, we have not yet reached the turn, let alone started down the stretch. This is a moment when all of us should be positioning ourselves to be contenders as we reach the top of the stretch.