Home MAGAZINE ARTICLES COLUMNS Letter from the Editor: Our adaptive carry-out and cooking routines feel both... 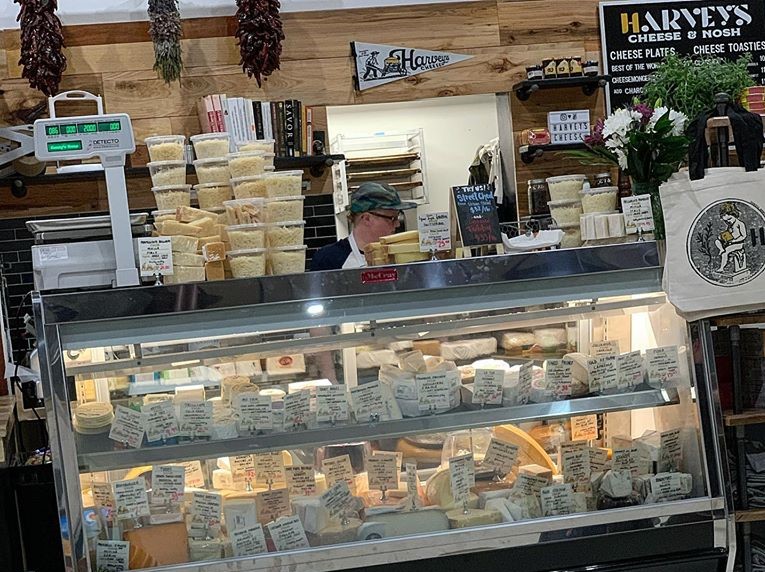 We cook up a kettle of dried beans nearly every week. Sometimes we use local farm market beans. Often we splurge on shipments of heirloom varieties from Rancho Gordo, in Napa. Rancho Gordo is the retail hub for a network of seed savers and bean growers who preserve rare indigenous bean and raise impeccable heirloom varieties that are shipped when still newly dried.

You have to be lucky in your timing to grab a bag or two of Rancho Gordo Reboseros grown on small farms in Hidalgo or the purple Lilas raised in high, dry fields on the south side of the Popocatépetl Volcano. Usually, though, you can order recently harvested and dried supplies of other heirloom varieties: pintos, Marcellas, black and green lentils, flageolets, garbanzos, and more. (Early in the shut-down, supplies were low, but they seem to have returned to normal, now.)

It turns out that not all beans are alike. Supermarket beans that have rested for years in a warehouse or at the back of your cupboard are perfectly serviceable. But younger beans – and that’s what RG ships – cook faster, have a more luxurious texture, and develop a rich subtle aroma even in the most minimal preparations.

A portion of every pot gets mashed into refried beans that get used throughout the week.

Sometime back I started keeping a stack of white corn tortillas near the stove. In the morning, I place a couple of tortillas on the stove burners over a low heat. I spread them with a tablespoons of refried beans and sprinkle a bit of shredded cheese on top. When I smell the tortillas charring, I pluck them up with a pair of tongs, drizzle a bit of salsa verde over the top, and eat them at the counter with coffee and day’s news. Sometimes I repeat the process later in the day.

It’s a routine that started in April, I guess. And it’s just one of the dietary adaptations my wife Mary and I have made since March.

As far as I can tell, based on a review of my credit card statements, the last time I sat at a table in a restaurant was back in March, at Morris Deli (2228 Taylorsville Road, 502-458-1668) where I stopped for a bowl of bean soup and a shredded pork and lamb sandwich. If you had to pick a “last meal” you could do much, much worse.

Of course, I’ve been back to Morris’ many times March. They remain open for indoor pick-up, curbside pickup, and home delivery. And they are rigorously enforcing their requirement that anyone entering the shop wear a mask. For me, that’s the litmus test for excellence – though actually, for some decades I’ve considered Morris’ to be one of Louisville’s essential eateries, a one-of-a-kind throwback to the country delis that used to grace America’s rural byways but have mostly disappeared into the past.

Everything about the way we dine has changed over the last 3+ months, and we have settled into carry-out and cooking routines that feel both new and familiar.

There were times, early in my adult life, when cooking was normal – and dining in a restaurant was a rare and special thing. If people were flush, we might dine out once a week – and always based on a keen awareness of price, value, and quality.  When I was a kid, it was a memorable treat to go to the Dizzy Whizz (well, really, it still is). Going to a sit-down restaurant was a strange and exotic experience. Even when I reached adulthood, dining at any “serious” restaurant – a place that took reservations, perhaps, or a place that had a wine list (gasp) was a rare and intimidating thing.

When I started reviewing restaurants in the late nineties, first for LEO Weekly, then for the Courier-Journal, all that changed. For nearly a decade-and-a-half that job meant dining out in at least fifty new places a year, at least twice a week, often more, seldom returning to a place once reviewed, and always taking surreptitious notes, first on paper, then on a PDA, and finally on a cell phone.

My pace might have been extreme, but I wasn’t the only one. A generation of consumers grew accustomed to dining in public, posting food photographs and mini-reviews, and chasing down every new opening.

Even in the wake of the Great Recession, that persisted as a “normal” way to eat.

When I was young, cookbooks were how I learned to cook. When I was getting paid to dine out, cookbooks were the stuff of work-related research: I used them to get a better understanding of techniques, and cuisines, and new ingredients.

These days I still read about cookery and cuisine – but not for menu ideas.

Now I look for stuff to cook. I shop opportunistically at produce markets during off hours and bring home the freshest vegetables and herbs I can find. I visit Harvey’s Cheese and The Bodega at Logan Street Market.  We share a meat CSA with friends, and whatever comes our way is what we use.

Instead of shopping from a recipe, I use basic, simple techniques and I cook whatever I can find. I steam, sauté, boil, roast, or grill. I make sure I have onions, garlic, celery, peppers, carrots, potatoes, cheeses, fresh herbs, olive oil, butter, lemons, white wine, limes, pasta, rice, and eggs. I look for peas, green beans, summer squash, asparagus, corn, and maybe some fresh fish or seafood.  We pick lettuce from the garden, and we’re waiting for our tomatoes to come in.

In the fifteen minutes it takes pasta to cook, I can saute a bunch of vegetables and, finish them with pesto, lemon juice and white wine, or alternatively with curry, ginger, and soy sauce, and be perfectly content.

Every once in a while, I hear myself saying something about “returning to normal.”  But lately, I also find myself stepping outside the door of my house and suddenly realizing that I haven’t donned my mask.

In the abstract, I look forward to sitting with a sandwich and a bowl of soup and having a conversation with a stranger at one of the community tables at Morris’ Deli. But for the moment I have to say that sitting down at home over a plate of pasta, red and yellow peppers, green summer squash, chopped tomatoes, and freshly-shaved Parmigiano-Reggiano seems pretty normal to me.