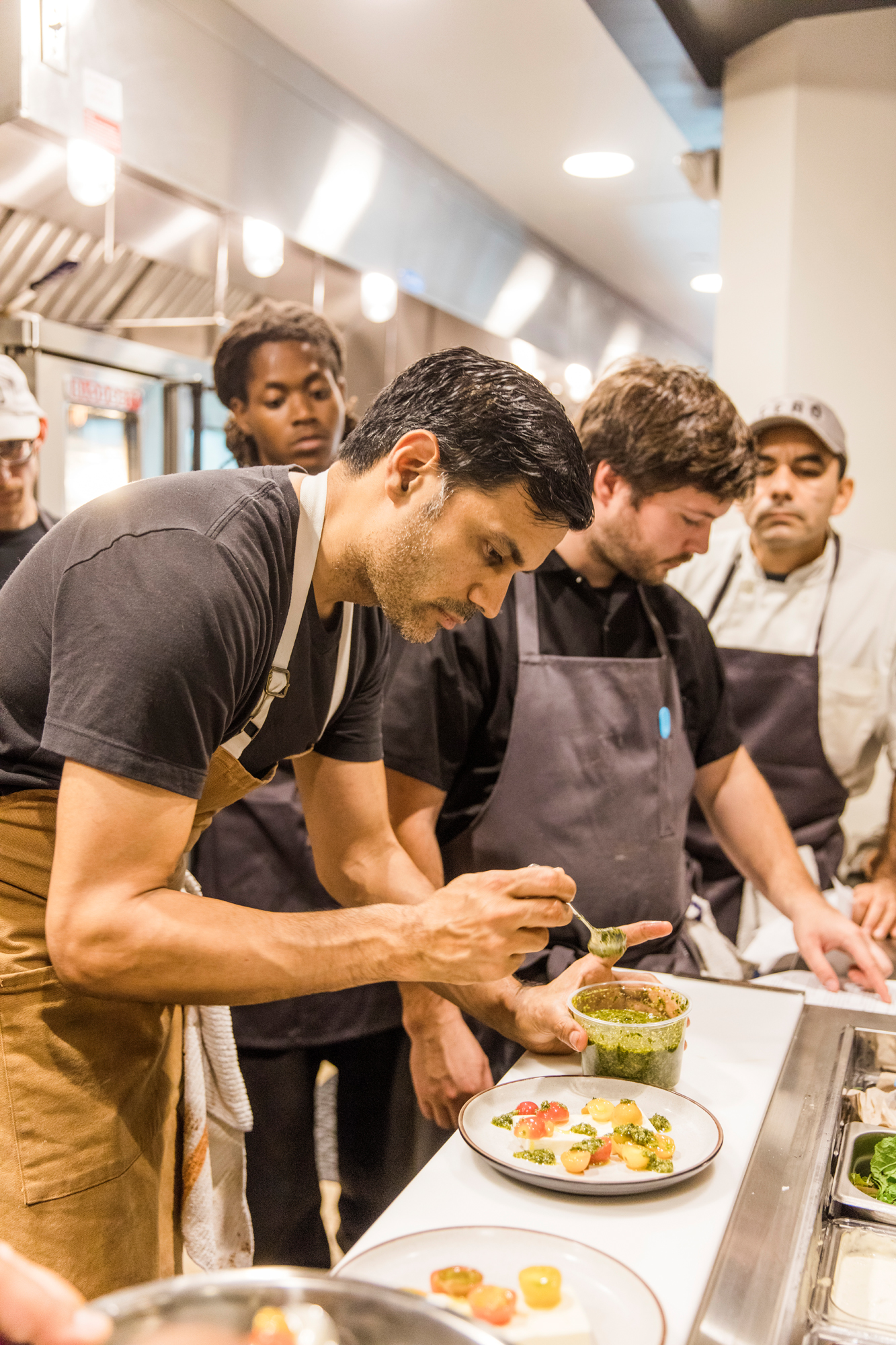 Louisville native Akhtar Nawab is one of the featured chefs in the November online feature of Food and Wine magazine in which immigrant chefs celebrate Thanksgiving with their families,  with their own mixture of ethnic and American foods and rituals. The article, found here online, includes a video of Nawab and his mother talking about his life-long interest in making food, and his family’s at first grudging acceptance of his decision to cook for a living.

Now, Nawab owns, operates or is a partner in the Brooklyn Mexican cantina Alta Calidad; the fast-casual Choza Taqueria at several locations around New York City; and the fast-casual Indie Fresh, a health-conscious Indian restaurant that serves gluten- and dairy-free dishes. Last July, he opened the Italian restaurant Fero in Birmingham, Alabama, and he has plans for a restaurant in Washington, D.C.

Last September, Eater New York ran a long feature on Nawab, detailing his extensive restaurant experience, though it did not mention specifically that he began his career on the bottom rung in the kitchen of Ditto’s, on Bardstown Rd. He subsequently studied at the California Culinary Academy, and then began his New York career under Tom Colichhio at Gramercy Tavern.

Nawab’s first independent restaurant was Eletarria, in downtown Manhattan, where he cooked his takes on Indian and other Asian dishes. That first restaurant earned one star from the New York Times (Nawab said he thought he was unfairly denied the second star he was sure he deserved), though the economic turndown in the late aughts brought Eletarria to a premature end. After struggling for a while to find his professional feet again, he accepted an offer to consult on a new Mexican restaurant, and found a new angle for his cooking interests. That led to a four-year culinary director position at La Esquina, where he continued his exploration of Mexican cooking, finding in its emphasis on the long cooking of dishes, and its complex array of spices many similarities to styles of Indian cuisine.

Nawab, who graduated from St. Francis High School in Louisville, now lives in New York, from where he travels frequently to oversee his other restaurant interests.