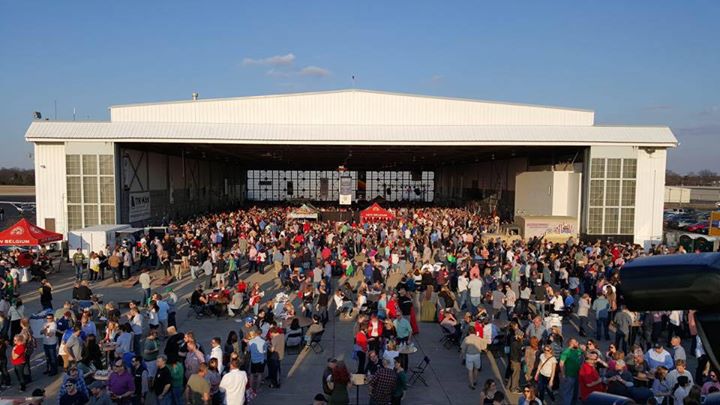 Tailspin Ale Fest (Saturday, March 7) may or may not be your cup of Rocky Mountain Oyster Stout, but it simply cannot be denied that the annual Bowman Field bacchanal is one of the finest regional festivals of its type. Craft beer aficionados make up a passionate community, and Tailspin embodies their community values.

Reciprocity like this can’t be duplicated overnight, but on two occasions since Tailspin’s inception in 2014, rival beer fests financed from afar have pitched their tents in Louisville in wintertime. In a periodically free market, this is their right.

But the verdict of those in the know is best expressed by the fact that Tailspin has sold out each of the previous six years, and likely will again in 2020. You’re in no danger of hearing a pin drop at Tailspin, which has continued to deepen, evolve and provide reliable value for its ticket prices. Louisvillians know Tisha Gainey and her crew, and they understand that Tailspin is a year-round outreach. In short, localism matters.

This year’s Tailspin Alefest was bigger and better than ever. Over 4,000 people enjoyed more than 180 craft beers from around the country. If you went home jonesing for a craft beer, it was your own fault. The day was a bit cool at 45 degrees or so, but the sun was out and everyone seemed pretty comfortable. After all, It IS called “Louisville’s Winter Warmer”. There were 5 huge tents set up for the vendors, entertainment and displays. Tents were heated and all in all it was like a tailgating party, but YOUR team didn’t lose and there was more beer!

Ticket information and a complete compendium of Tailspin information can be found at the festival’s website, with timely updates at its Facebook page.