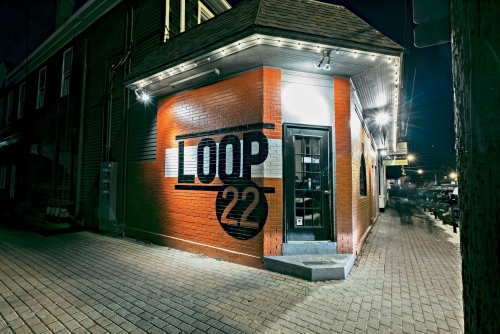 Eric Morris, co-owner of Loop 22, 2222 Dundee Rd., will refocus the menu on value-priced small plates and bargain well drinks. The changes were prompted by the rigors of a weird first year, plagued by plumbing problems in the old building in the Douglass Loop, a cold winter, crowd-chasing rains and a customer perception of the restaurant as a special occasion eatery that often kept crowds small.

Morris decided it was time to “adapt and evolve,” the first step of which was to run Whiskey Wednesday food a drink specials. With a little social media marketing, crowds responded–so well that he decided that converting to a small plates menu and a new cocktail program featuring all well drinks for $2 (except on Whiskey Wednesdays, when they will be just a dollar).

“People want deals, they expect great food and service, and want it as cheap as possible,” he says. Expanding on his Whiskey Wednesday, the menu will now offer an extensive choice of small plates, none priced at more than $10. “You’ll see items like Reuben hush puppies with house sauerkraut and corned beef and Swiss stuffing, ham hock mac and cheese, pan fried corn with poblano and chipotle butter, and my favorite — crispy chicken liver tacos with cabbage salsa,” he said.