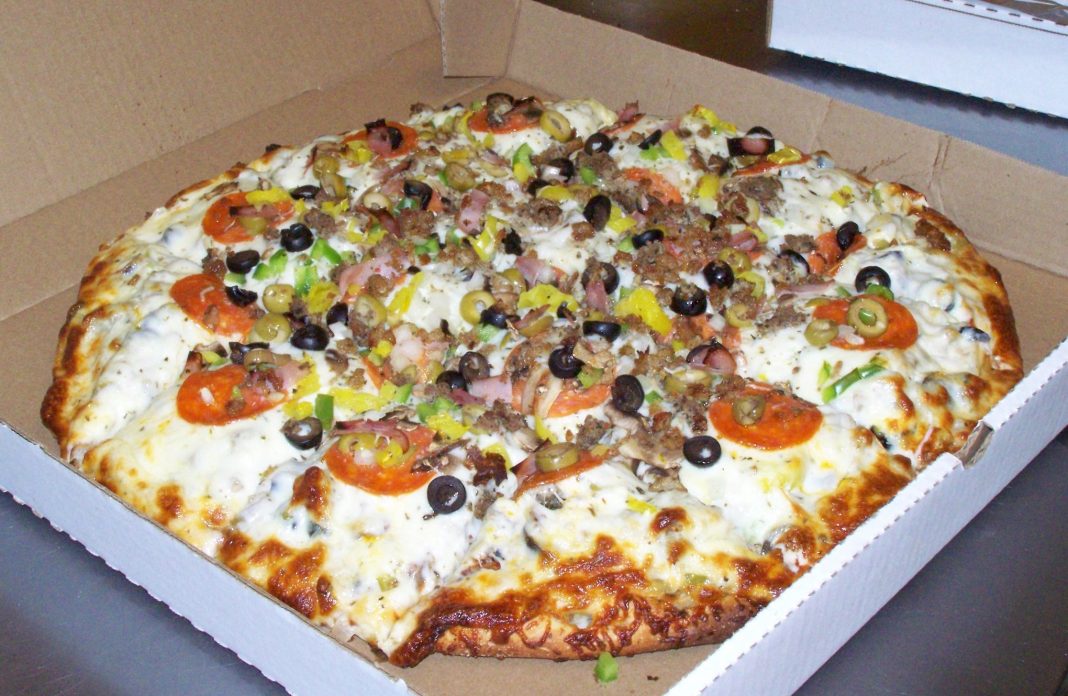 Starting with a thin but firm bread-like crust, he piled on sauce, cheese and toppings in layers: Lay down sauce, some toppings and a layer of cheese; then more toppings and more cheese until the pizza peel groans under its weight. Fire until done, box it, move it out to the hungry crowd and fire some more. This, Benny (Impellizzeri) declared, was Louisville-style pizza, and it was a big success.
– Robin Garr, writing at LEO

The Impellizzeri culinary family tree includes branches for Benny as well as his brother Tony, and it is the latter who has announced his impending retirement this fall.

All good things must come to an end. In Tony Impellizzeri’s case, it’s his four-decade career in the pizza business.

The longtime Louisville pizza-maker — one of the two brothers that founded the original Impellizzeri’s Pizza on Bardstown Road in 1979 — is retiring later this year. That retirement likely will result in the closure of his namesake New Albany pizzeria on Charlestown Road.

Tony Impellizzeri told me he started his career in the pizza business in 1979 alongside brother Benny in half of their father’s butcher shop. He and his brother parted ways in 1998 due to different visions, and Impellizzeri decided to open a new shop under his own name on Shelbyville Road, later moving the business to New Albany.

You have until Thanksgiving for last orders, so know that Tony Impellizzeri’s Pizza is located at 5170 Charlestown Road by the Clark County line (northeast of Meijer).

The quest for The Grales begins tomorrow