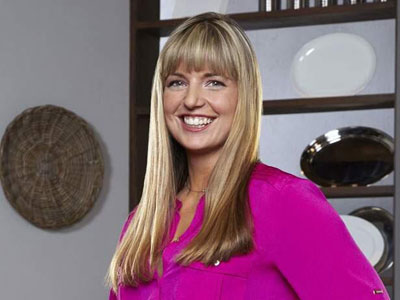 Damaris Phillips, a culinary arts instructor at Jefferson Community and Technical College, is the Next Food Network Star.

The competition, which pits multiple contestants against each other to win a Food Network series of their own, ended last night.

Votes from the show’s judges were combined with viewer votes, and Phillips came out on top.

According to Foodnetwork.com, the contest included “11 weeks of ups and downs, tears and laughs, and moments that each finalist will never forget.”

The show began with 12 contestants whittled down to finalists over a period of weeks.

Show judges were the toothy Giada De Laurentiis, the odd-edged Bobby Flay and the geeky-informative Alton Brown, who—in addition to viewers who voted—chose Phillips over two other finalists.

Phillips’ concept for a new show was called “Eat Date Love,” where she would teach bachelors how to cook Southern food to impress their dates. It remains to be seen whether she gets to execute that idea.

Proven Food Network star, Guy Fieri, gives his advice for what Phillips will need to succeed in her new opportunity. (No surprise he doesn’t mention avoiding trashing a Louisville restaurant with his posse on Derby Eve.)

Whether this new gig will affect her teaching responsibilities at JCC, we don’t know, but surely the school will at least allow her a sabbatical to pursue what potentially could become a highly lucrative career in front of TV cameras.

Heaven knows that, in the absence of Paula Deen, there’s a southern foods vacuum to fill!