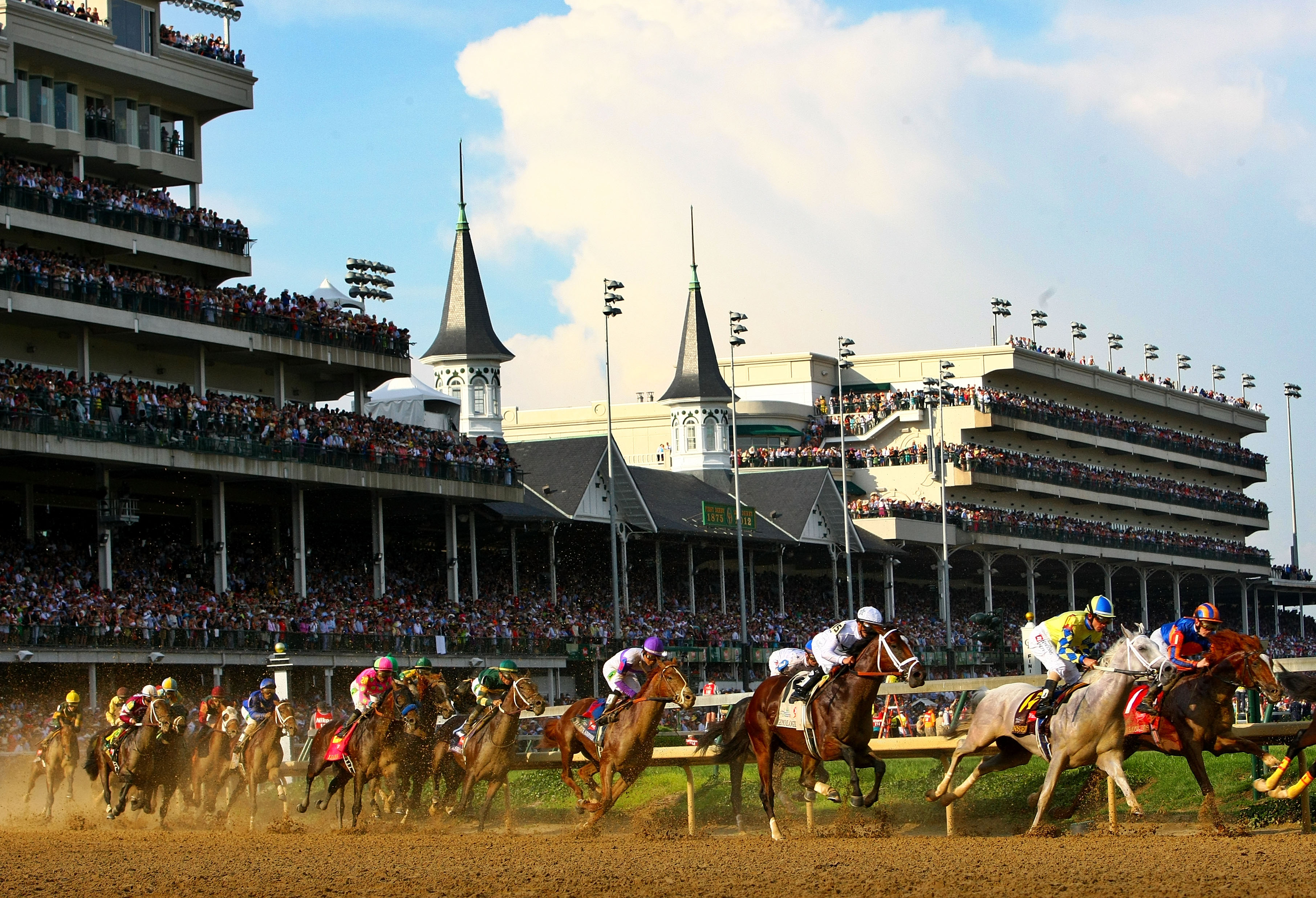 In the strictest of senses, this song by the Rolling Stones song isn’t about the Kentucky Derby. However, to me — and perhaps for you — “Dead Flowers” is the only imaginable soundtrack, far transcending “My Old Kentucky Home,” which has not worn particularly well in modern times.

By extension, the most relevant observations about the Derby to be made in writing were recorded more than a half-century ago by a native Louisvillian, who concluded that the event hasn’t ever been exactly as it appears.

(Ralph) Steadman wanted to see some Kentucky Colonels, but he wasn’t sure what they looked like. I told him to go back to the clubhouse men’s rooms and look for men in white linen suits vomiting in the urinals. “They’ll usually have large brown whiskey stains on the fronts of their suits,” I said. “But watch the shoes, that’s the tip-off. Most of them manage to avoid vomiting on their own clothes, but they never miss their shoes.”

Thompson grasped the Kentucky Derby better than most, and his 1970 account “The Kentucky Derby Is Decadent and Depraved” remains essential reading precisely because it deconstructed the mythology and described what the Kentucky Derby symbolized — what it really “was” — as foreshadowing where it was going, and very shortly would become.

(The Texan) had, after all, come here once again to make a 19th century ass of himself in the midst of some jaded, atavistic freakout with nothing to recommend it except a very saleable “tradition.”

Big-ticket events like the Kentucky Derby always have been exceptions to the rule — capstones, exclamation marks. Breeding thoroughbred horses and racing them is a big business, albeit not exactly what it was 50 years ago. The conversion of Churchill Downs from racetrack to entertainment complex proceeds toward inevitability, and just as surely the old-school, tactile joys of an outing with the ponies, bourbon and burgoo recede into the distance.

(Reigler’s) affinity — or awareness, we should say — for bourbon came much earlier in her life, when she would spend Saturdays at Churchill Downs with her family.

“The track in those days always smelled of old wood, cigars, popcorn and bourbon — quite a special combination,” says Reigler.

Couple this with my memories of Heywood Hale Broun doing his televised racing commentaries. First and foremost, the man could write.

To be great, a horse must have metaphorical wings. In mythology we punished wax-winged Icarus for flying too close to the sun, but in recognition of the nobility of their singlemindedness, mythology has let the chariot horses of Apollo traverse the sky. Race horses do not chaffer over money, get into bar fights or endorse horse blankets and aluminum shoes. They combine strength, grace, beauty and speed as perhaps no other link in the Darwinian chain can manage (cheetahs have funny-looking shoulders).

There was a certain poetic flair, albeit oblivious, to the way the Courier-Journal of old used to cover the varied expressions of Churchill Downs pageantry, a quality of an indefinable “something” both venerable and genteel involving rites of spring, colorful flowers, exclusive balls and parties, and as a last resort, the horses themselves. Customs were handed down from one generation to the next, and honored.

In 1970, Thompson recorded a snapshot of the Kentucky Derby of the post-war American imperial era. The recent distractions of COVID aside, comparing 1970 to what all of mass market entertainment has become in the social media era of celebrity-besotted, Disney-cum-Vegas, plasticized swipe-card, UPC-tattooed entertainment experiences, it might as well have been 1905.

But Louisville’s annual Kentucky Derby celebrations will live on, as traditions do, with certain of the bits removed, and others added. To paraphrase Heraclitus, Louisvillians never attend the same Derby party twice, for it’s not the same party, and they’re not the same Louisvillians.

In the album Sticky Fingers, an upbeat (but deadly serious) “Dead Flowers” is preceded by the bleak “Sister Morphine,” and then the record concludes with “Moonlight Mile.” As Bill Janovitz has written, “it is a quintessential album closer.” The weariness therein is very post-Derby. We feel it every year, and then do it all over again, 147 times (and counting.)

The 2022 Rose Julep Cocktail Competition ends in a tie