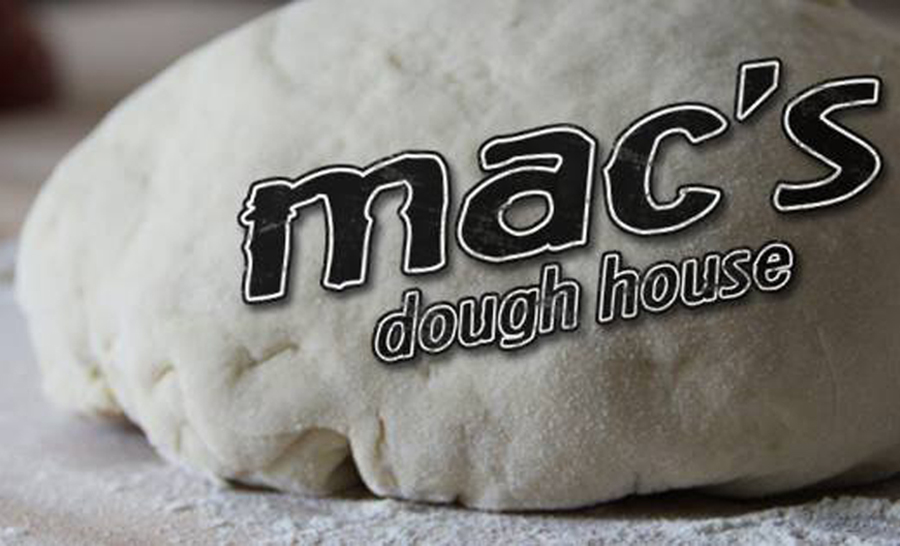 Beginning this week there’s a fresh Neapolitan accompaniment to the New England IPAs brewed at Mile Wide Beer Co. – as well as another step forward in the continuing evolution of Louisville’s community-oriented craft brewery taprooms.

Mac’s Dough House has launched a second location, Mac’s @ Mile Wide, located inside Mile Wide’s roomy taproom, which is situated beneath the silo at 636 Barret Avenue.

Meet Mac 2.0. His brother Mac is our mascot at the original Mac’s Dough House location in J-town. When we decided to…

When asked by Food & Dining to name his favorite pairing so far of house pizza and beer, Tony Lusiak did not hesitate.

“Spicy Capicola with Idlewild,” he said. “Idlewild being one of Mile Wide’s core beers, this Session IPA goes great with the spice of the hot honey drizzle and capicola.”

For the time being, projected business hours are the same as the taproom’s: Tuesday through Thursday from 4:00 p.m. to 10:00 p.m.; Friday and Saturday from 2 p.m. to midnight; and Sunday from 2:00 p.m. to 8:00 p.m. Once established, the kitchen may be closing a half hour earlier than the taproom, so always check the Mac’s @ Mile Wide page at Facebook.

As a closing note, the addition of Mac’s to the three-year-old Mile Wide taproom means a few policies must change.

With the addition of Mac’s at Mile Wide, we’re going to have to ask everyone to refrain from bringing dogs inside the taproom. They will still be MORE than welcome on our patio and we will continue to love and fawn over them. Additionally, we will no longer be allowing outside food to be brought in out of respect for our relationship with Mac’s.