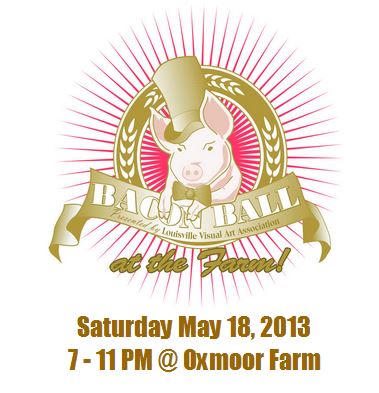 The May 18 event is, as you can imagine, all about bacon—and pork in general—and the myriad ways you can cook it and, well, never tire of it.

Last year, the chef duo from Hammerheads, long regarded among the city’s princes of pork cookery, won the title.

Expect plenty of beverages from Four Roses Bourbon, Cumberland Brews, and Bluegrass Brewing Co., music by Johnny Berry & The Outliers, and a silent auction as well.

Sure, it’s dubbed a ball, but you needn’t consider wearing a gown made of bacon—though Lady Gaga might think it’s cool—or even tucking a few carefully aligned strips of the stuff into your tux jacket in place of your kerchief—which Homer Simpson would admire.

It’s never too late to join LVAA, so click here if that interests you.