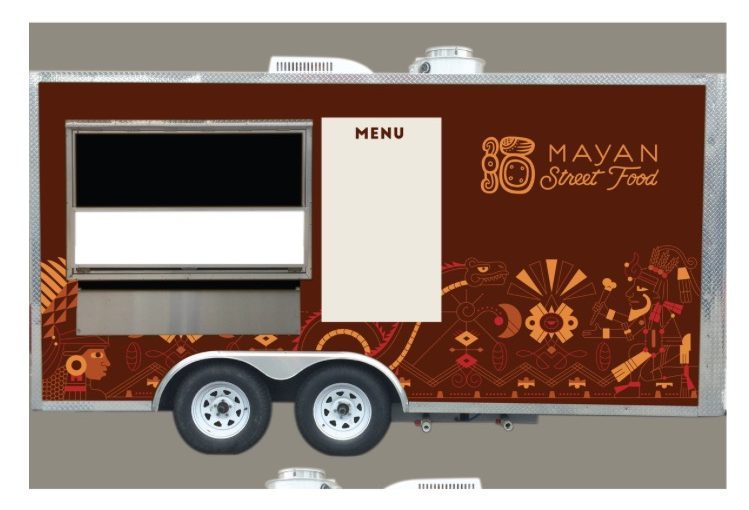 The disparate events heralded in the headline above are not that disparate. Nathaniel Gravely has been working for a while on the renovation of the former Pride Tile Co. building at 514 Baxter Ave. Chef Bruce Ucán of Mayan Cafe began his restaurant career with a food truck. Now the two have joined into an agreement that will have Ucan’s Mayan Street Food truck serving snacks like guacamole and Mexican street corn; tacos including Kentucky silver carp fish and shredded chicken; and the ever-popular salbutes. Gluten-free and vegetarian options will be available.

According to a story in the Courier-Journal, The Mayan Café’s manager Anne Shadle said that Ucan never meant for the restaurant to become formal. His “vision has always been to be a salbuteria … [serving] cheap, fast, really well composed high-quality salbute,” Shadle said.

“It’s really getting to the core of what Mayan food is,. Mayan food is peasant food; it is street food. It’s quick and easy, and you eat it with your hands. We have kind of elevated that at Mayan Cafe.”

The brewery will age beers in the two limestone caverns in a hillside next to the building.  Co-owner Nathaniel Gravely said he plans to turn the area into a courtyard where customers can sit outside the caverns or atop the hill overlooking downtown Louisville and listen to live music.

Gravely didn’t want to try to manage a kitchen on their own, and so approached Ucan and Shadle about partnering.  They bought used from Pennsylvania, and refitted and repainted it.

The two businesses will share a single point-of-sale system, which will allow customers to order food from a Gravely Brewing server instead of having to stand in a line at the food truck.