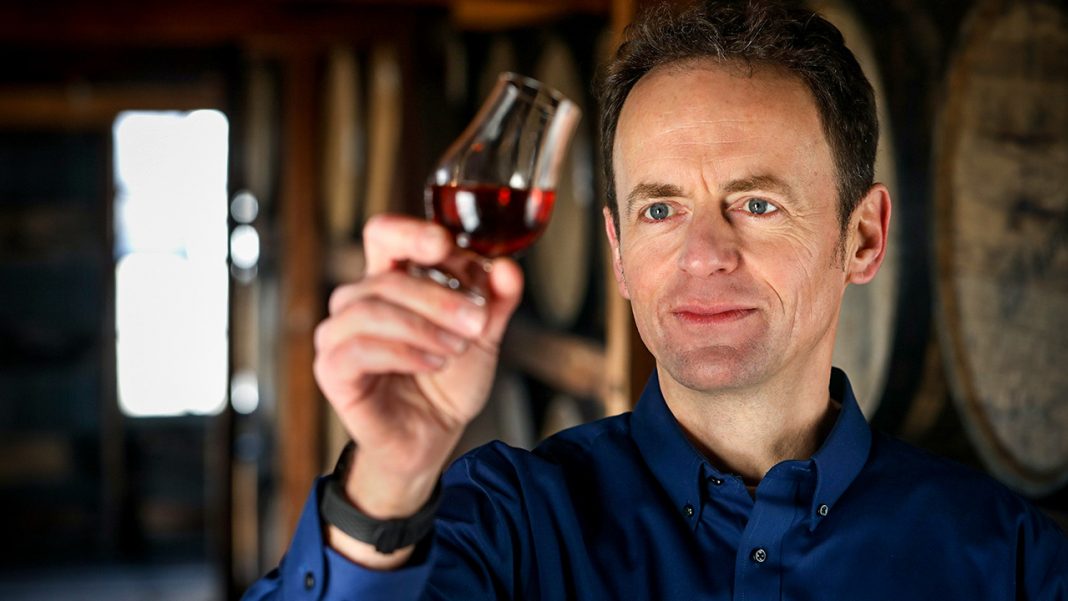 Bourbon is venerable and cutting edge; it’s your granddaddy’s tipple and the hottest new cocktail, and most importantly for those who make a living following the money, it’s a supremely local phenomenon with business ties all over the globe.

Like Kentucky, Ireland is a place where the fervor for whiskey is synonymous with local pride. Seated at the bar in a Dublin pub nursing a Guinness during my first visit to Ireland in 1985, a glass of whiskey appeared before me, courtesy of a fellow bar fly who I’d known for all of thirty minutes.

“The Arabs may have invented distillation,” the man said, “but we Irish perfected it.”

Perhaps this fine gentleman was the native Dubliner Conor O’Driscoll’s father or uncle, but at any rate in the here and now O’Driscoll is a living link between these two classic distilling cultures, Emerald Isle and Bluegrass. He’s the master distiller (only the fifth in 84 years) and distillery manager at Heaven Hill, a Louisville resident and the topic of a recent profile in the Irish Times, a Dublin-based newspaper: Meet the Dubliner leading the bourbon revival in Kentucky.

Producing citric acid at a factory in Ringaskiddy, Co Cork, might not seem an obvious stepping stone to a career heading up one of the most respected bourbon distilleries in the world. But Dubliner Conor O’Driscoll made just that journey.

“It is gratifying, terrifying and a hell of a lot of fun”, is how he describes his first few months as master distiller and distillery manager at Heaven Hill in Kentucky.

The distillery is the sixth-largest spirits supplier in the US, and the second-largest holder of aging bourbon in the world. It was established in 1935, just a little more than a year after Prohibition ended. Its founders included Joseph Beam (first cousin of the better-known Jim Beam) and the Shapira family, who still own the business …