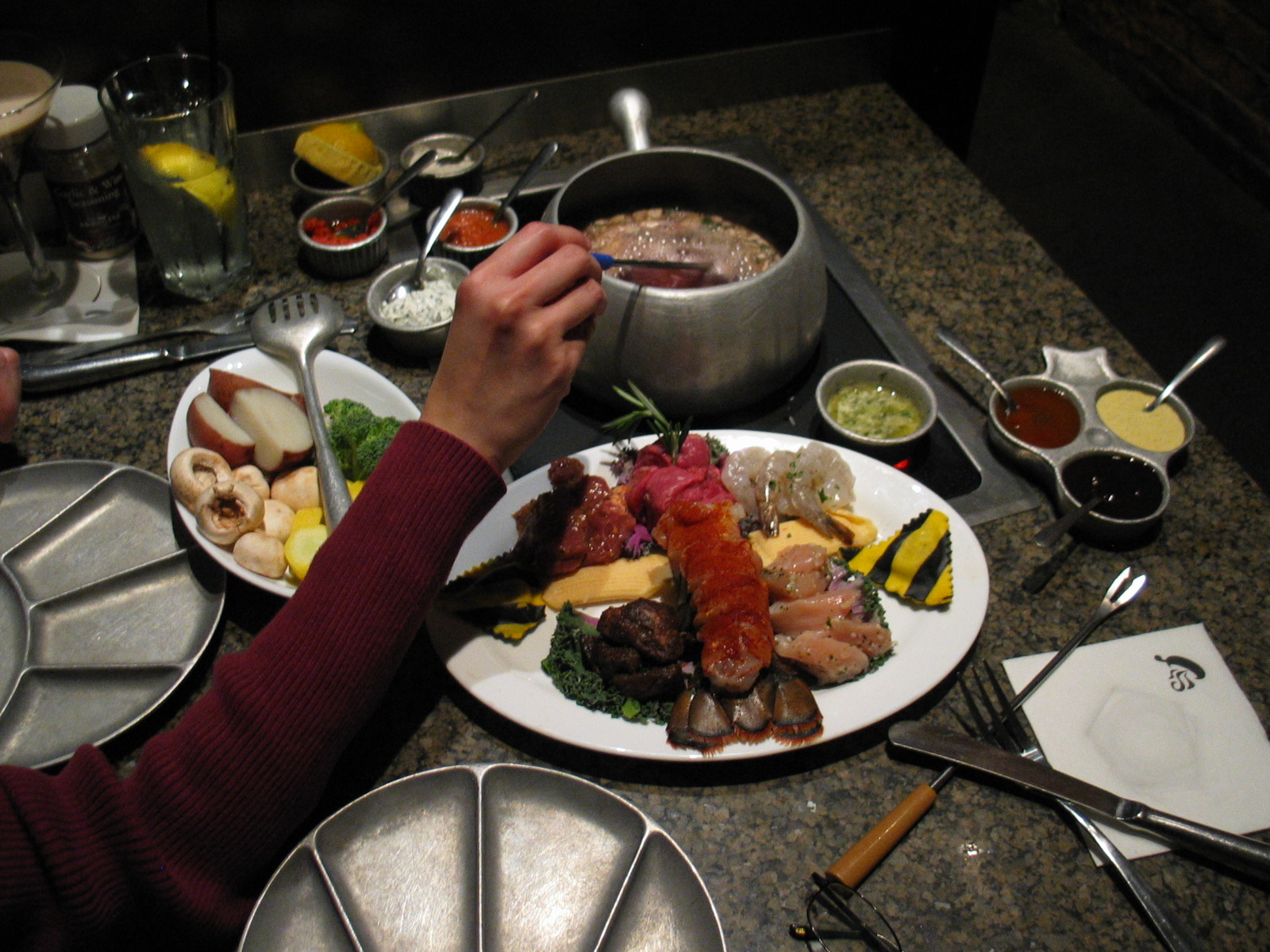 The lamentations for the loss of the only dedicated fondue restaurant in town can now cease. After being closed for little more than a month, The Melting Pot has reopened, at its original location at 2405 S. Hurstbourne Parkway, under new ownership.

According to a story in the Courier-Journal, the new owners, Dave Chantrell and Brian Tunney, also own another Melting Pot restaurant in Richmond, Va.  In a news release, the new owners said that they “believe that Louisville is a strong market and see this as a great opportunity to expand their portfolio.”

The Melting Pot chain was founded in 1975, and now has more than 125 restaurants in 35 states, and several foreign countries. The restaurant’s menu offers cheese fondues, salads, various meat and seafood entrées that are cooked at the table in hot bouillon, and chocolate dessert fondues.