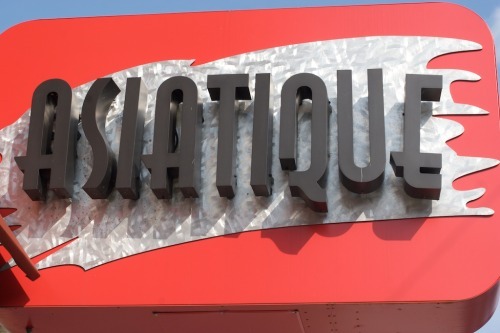 The continuing number of new restaurants to open in the area has been worth remarking on, but so is the fact that so many restaurants have continued to be major players for decades. Asiatique, 1767 Bardstown Rd., is the latest veteran to mark a milestone in the often chancy restaurant business, with their 24th anniversary.

In their press release, Asiatique says, “We have been around for over 23 years, (actually 24 but that is an unlucky number).” Owner Peng Looi, thus pays some tongue-in-cheek homage to his native Malaysia, where numerological significance often dictates decision-making. In this case, such attention to numbers is lucky for diners, for Asiatique is “rolling back the clock and the menu prices to when we first opened in 1994.”

Chef Looi has created a  special 3-course menu that he is offering for $23 for 23 consecutive days, beginning yesterday, Nov. 20.  The menu will offer a choice of 4 appetizers, 4 different entrees and 3 desserts.

Diners can choose to start with Asiatique’s interpretation of shrimp and ‘grits.’ served over polenta in a red curry sauce; a potato fritter with Asian spices and chermoula cream; a poached pear salad; or mussels with masamman curry.