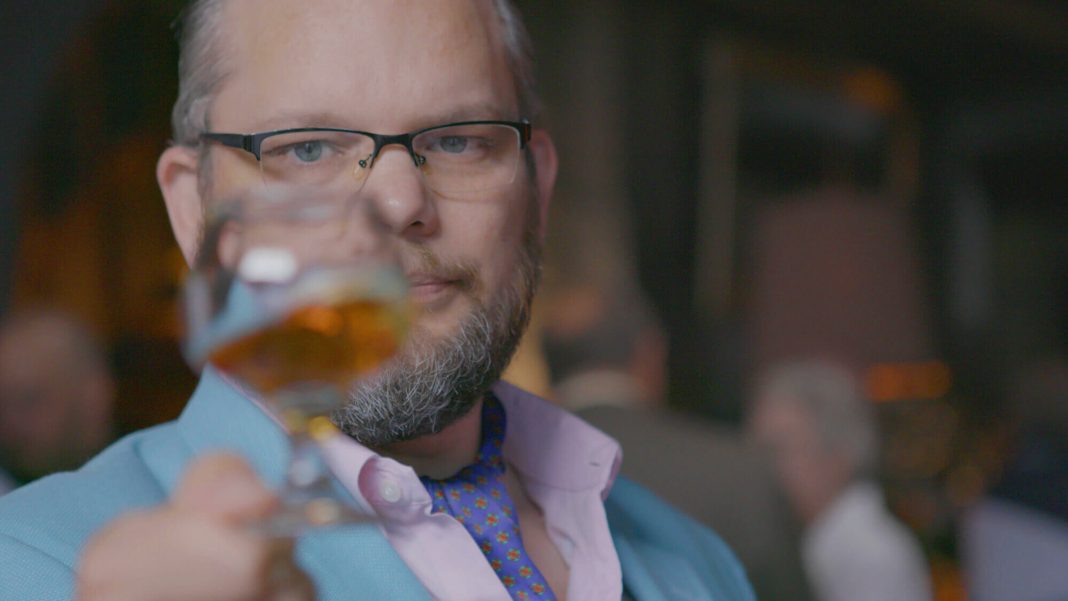 The writer and media personality Fred Minnick is best described as an apostle of bourbonism — lower case and generalized, encompassing all things bourbon-related.

Recently Minnick, an Oklahoman who married a Kentuckian and became the bourbon chronicler of record, announced a new podcast, “The Fred Minnick Show.”

We’ll get to that, but first your attention is directed to “Becoming Fred Minnick,” a profile by Tom Johnson that originally appeared in the September 2019 issue of Louisville Magazine and ranks as one of the best pieces your correspondent read in local media last year.

After a year-long tour of duty in Iraq as a photojournalist in the thick of combat, Minnick returned stateside and grappled with the effects of PTSD. Having moved to Louisville, he began cognitive behavioral-therapy and other treatments at the Louisville VA Medical Center.

In that period of constant self-analysis, he turned to whiskey — not for its dulling effect but for its complexity. He used the development of his palate as a point of focus to distract himself from his feelings. “It’s ironic, I know,” he acknowledges.

“It gave me something to put a lot of energy toward learning,” he says. “It allowed me to keep my focus on what’s happening inside my mouth instead of on a jet that is about to drop a bomb or something. It kind of changed everything for me. It’s why I can taste all kinds of random stuff other people can’t taste.”

As they say, the rest is history, and I highly recommend clicking through to read Johnson’s fine work.

Now to Minnick’s new podcast, which he introduced in a blog post. For the spoiler: It’s about bourbon, music and musicians.

My New Podcast: About That …

I love bourbon. Its tastes, smells, drama, history, all of it. From the barrel to the people, bourbon’s my passion. And when I started working with Danny Wimmer on Bourbon & Beyond, a new journey entered my life: Pairing bourbon to music …

… this is not a whiskey show or a music show. It’s both, with me being me, asking people off-the-wall questions and selecting a whiskey based on somebody’s flavor profiles. I get people talking about things they wouldn’t normally.

According to Radio Online, Minnick’s podcast will be “available on all podcast platforms including Apple iTunes, IHeartradio, Spotify, Stitcher, and Tunein.”