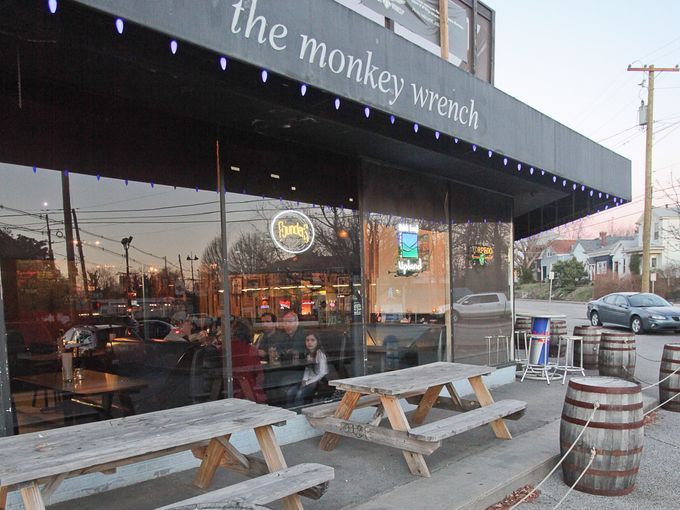 The Monkey Wrench, the popular Germantown bar and music venue at 1025 Barret Ave., has set out to get back in the notable bar food business with the hiring of Kat Donenberg, formerly chef at The Back Door bar in the Mid City Mall. Donenberg has begun to revamp the Monkey Wrench’s menu, which had been in flux since chef Dustin Staggers left to start his own enterprises a few years ago.

Staggers had established The Monkey Wrench as a bar food destination before he left to open Roux and other ventures. Matt Davis, owner of Lil Cheezers, took over at that point, but subsequently left to start his own new restaurant, Slice, in Old Louisville.

The Monkey Wrench owner Dennie Humphrey had been manning the kitchen since then, but it was not a job he felt a calling for. His hiring of Donenberg allows him to get back to managing the bar and the music schedule, and sets the stage for a renewal of The Monkey Wrench’s place in the food scene.

According to a story in Insider Louisville,   Donenerg is introducing new items to The Monkey Wrench’s menu like duck wontons, Brussels sprouts and other comfort food with a twist, She is likely to run dishes she used to make at The Back Door as daily specials, and will introduce some vegetarian options as well.