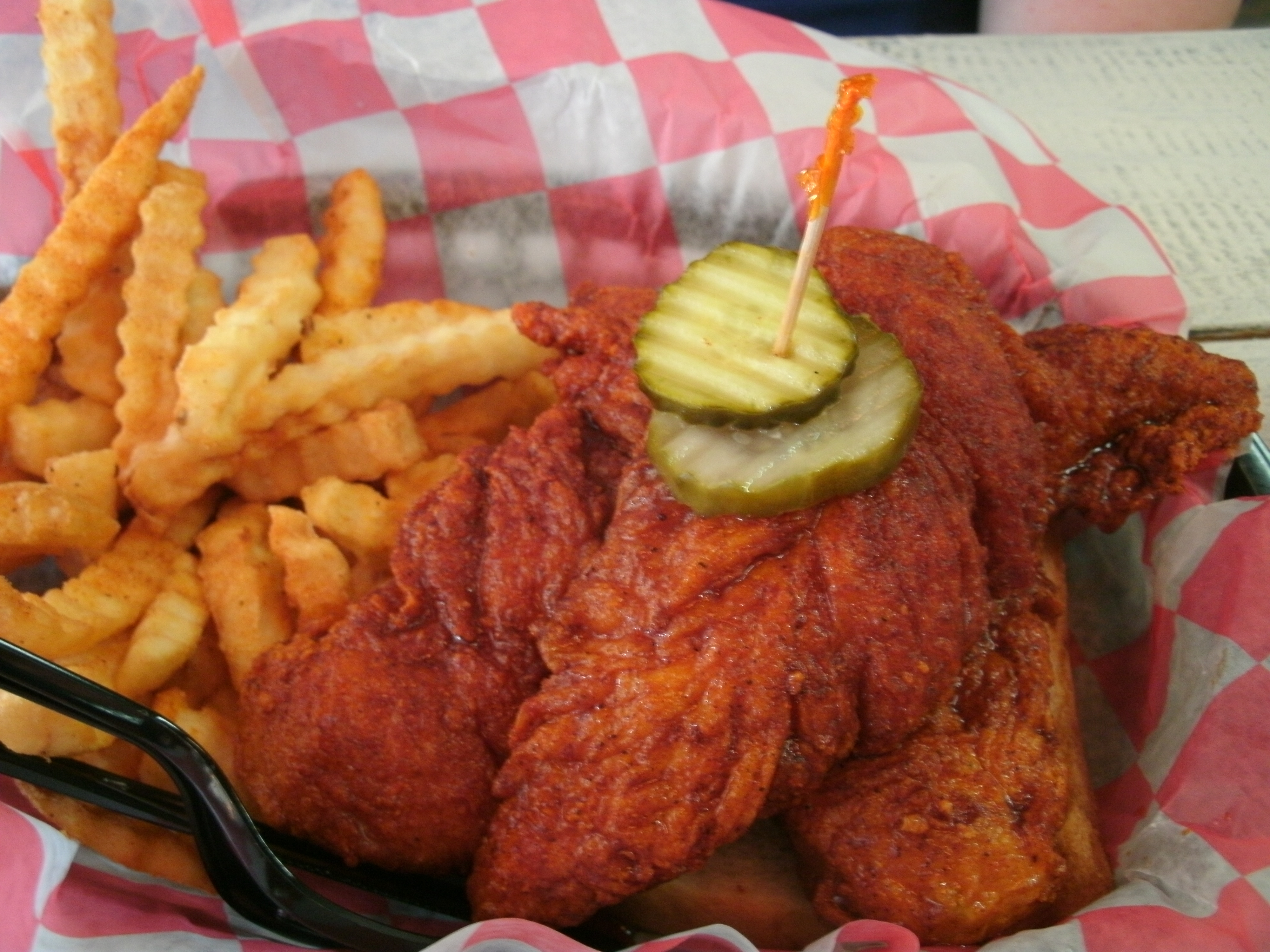 Once the now-defunct 60 West Bistro is converted into a Tony BoomBozz Pizza & Taphouse at 3939 Lexington Rd. in St. Matthews owner Tony Palombino plans on turning his Boombozz Famous Pizza location at 3400 Frankfort Ave., just a bit down the road, into Joella’s Hot Chicken, a new concept restaurant featuring Nashville-style hot chicken, a dish that’s getting a receptive try out at Manny & Merle, Main St., another of Palombino’s restaurant concepts.

Craft beers from local and regional brewers will round out the menu, he says. Palombino has also finalized the name for his new endeavor. It will be called Joella’s Hot Chicken.

Hot chicken is a Nashville specialty, fried chicken with a cayenne-laced coating. It’s traditionally served atop a slice of white bread with pickles. Prince’s Hot Chicken in Nashville is the accepted originator, though the provenance has never been definitively established.