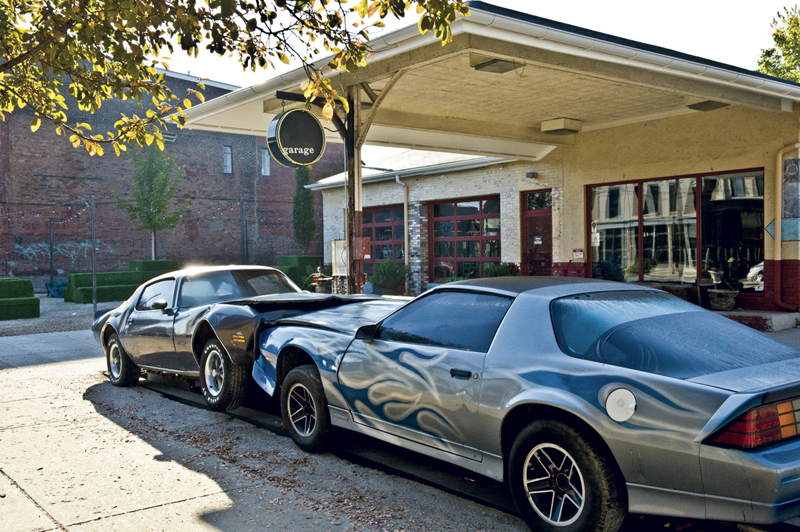 They say there’s no such thing as bad publicity, which means even out-of-date publicity is still good, too. Garage Bar’s mention on BonAppetit.com as one of 16 Cool Restaurants that Used to be Gas Stations is good because any positive national exposure like that is great.

What’s funny is how dated and a bit odd the info in the article and its photo are, at least for a publication with the reputation of Bon Appetit. The piece mentions chef “Michael Paley’s hand-stretched pizzas,” though Paley hasn’t worked the ovens the in some time (he’s the executive chef at Metropole in Cincy, another 21C property, though he supervises Garage Bar from afar); it suggests guests “sip a Louisville bourbon” (Silly us, we thought that was Kentucky bourbon); and the photo of the ever-crashing cars up front is—if you’ve seen the cars lately—the way old shot from Garage Bar’s website.

KFC does chicken a new way: Nearly all eyes of reporters who cover the restaurant industry are watching, from near or far, the development of KFC eleven, the new fast-casual concept born of Kentucky Fried Chicken. The first of its kind will open Aug. 5 at the Bardstown Road unit where that road ends at Baxter Ave. in the Highlands.

Well ahead of the opening, Eater Louisville got KFC corporate to part with the full menu, which we find very interesting, as in we want to try it. Despite a complete departure from the Colonel as its brand mascot, the lineup features plenty of his chicken products, albeit all boneless bird bits. It also includes what should be a tasty lineup of sandwiches (surely to compete against Chick-fil-A’s dominance of that menu category), flatbreads, wraps and “rice bowls” similar to the mashed potato-based bowls served at KFC.

Doors closed for now: As of last Friday night, Baxter Station Bar & Grill closed temporarily following a health board inspection that netted it a 69 for multiple critical violations.

When we contacted Andrew Hutto to ask if the closure was permanent, he responded in a text saying, “We have been working hard to get it up to spec to reopen.”