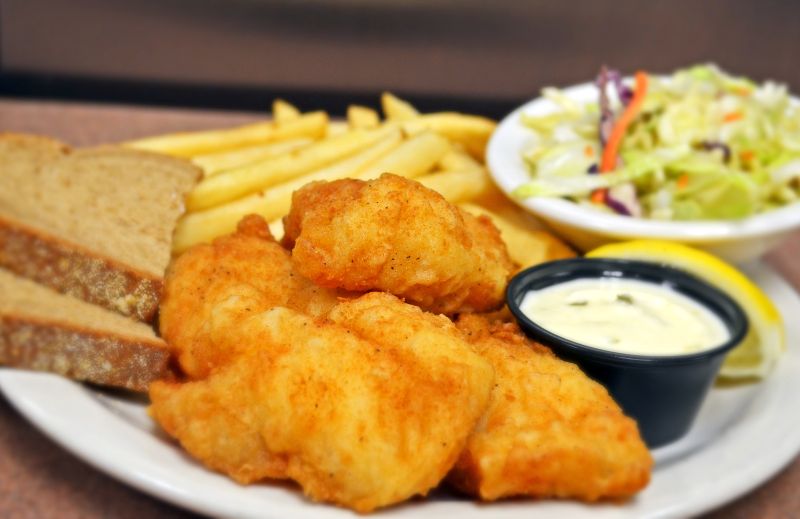 Fredricks, a sit-down restaurant located in the Family Life Center of St. Stephen’s Church, 1508 W. Kentucky St., is now serving meals 10:30 a.m.-6 p.m. Fridays and 10:30 a.m.-4:30 p.m. Sundays. The church’s pastor Kevin Cosby asked Jerriel Bell, a former military chef who later studied at the culinary school at the Art Institute of Atlanta, to run the “restaurant inside a church.”

According to a story in the Courier-Journal,  Bell serves down-home cooking, the kind of food he learned to make watching his grandmother, and that is his standard today for the food he prepares for his West End constituency. Bell grew up near the church, and wishes now to give back to his neighborhood.

At his Friday Fish Fry, a popular addition to the dining options in the West End, a neighborhood often called a nutritional desert, he offers fried cod, whiting and catfish, and baked fish with garlic butter. He has sides of cole slaw, backed beans, greens and hush puppies, which can be ordered a la cart or as as choices in a meal order.

The meals, which come with two sides, are priced between $9 and $11; a la carte prices are less. That is a price point Bell thinks the neighborhood can afford, but no one who needs a meal will be turned away.