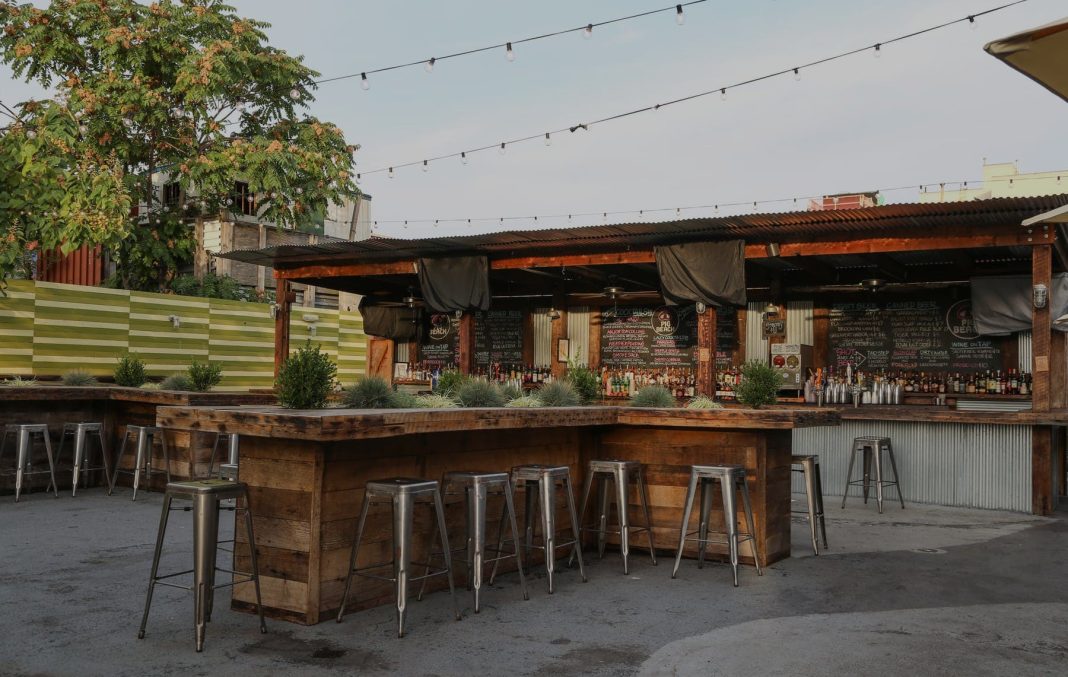 The governing authority for Louisville’s Waterfront Park has announced a tenant for the restaurant property at 1201 River Road, which has been vacant since 2016: Pig Beach BBQ, with locations in New York City and West Palm Beach, Florida.

We are so excited to announce that work is underway to open New York City-based Pig Beach NYC BBQ in the building formerly home to Tumbleweed TexMex Grill and Doc’s Cantina! Pig Beach will bring its signature menu of chef-driven barbeque and welcoming atmosphere, making it the perfect fit for Waterfront Park.

The name “Pig Beach” refers to an uninhabited cay in the Bahamas populated by a regionally famous colony of feral pigs known as “the swimming pigs.”

Meanwhile, New York Magazine describes the original Pig Beach BBQ location in Brooklyn as “a beer hall and massive bar disguised as a barbecue restaurant, all on the banks of the Gowanus Canal.”

It sounds like the ideal fit for a sizable riverside building with ample outdoor space. Jason Thomas (Louisville Business First) has the nuts and bolts.

Work is underway at Pig Beach BBQ, which will be located in the former home of Tumbleweed TexMex Grill and Doc’s Cantina at Waterfront Park at 1201 River Road. Set to debut in spring 2022, Pig Beach will move into the two-level, 14,000-square foot waterfront space, a Waterfront Park news release stated. Pig Beach BBQ plans to open its doors for Derby festivities in April 2022.

And, a little bit about the site’s troubled history.