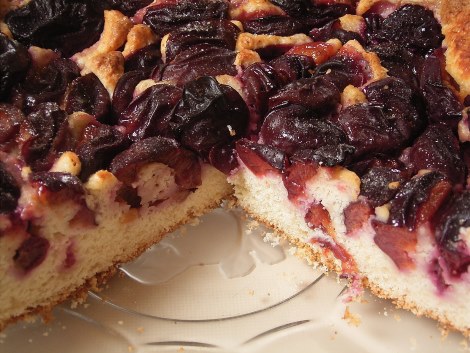 And, if you did bake an Election Day cake, is there a file inside?

Depending on the election results today, saving the booze for your own use, calling for pizza delivery and letting the kids eat cake strikes me as a suitable compromise.

Obviously the recipe here comes too late for use today, and reminders to vote probably are redundant at this juncture.

Just enjoy the story, and we’ll see you tomorrow. The cover photo comes to us from the New England Historical Society, which has more background on the tradition.

Election cake has a rich history; here’s how to make your own, by Kim O’Donnel (Lancaster Online)

In these final weeks leading up to the election of our 46th president, the vibe is neither particularly celebratory nor sweet. Instead, the air is heavy with anxiety and confusion about mail-in voting, a first-time experience for millions of Americans, and the relentless and deadly pandemic that brought us to this pivotal moment. Even with an email confirmation of ballot received or an “I Voted” sticker from the polling station, we may not know the outcome for days, perhaps weeks.

Perhaps we could use some Election Cake to lighten the mood.

They baked these cakes communally, for large crowds.

In May 1771, when white men traveled to Hartford, Connecticut, to cast their votes for governor, there was cake waiting for them. A lawyer and election event organizer by the name of Ezekiel Williams submitted an expense report to the colony’s General Assembly, a list that included ingredients such as raisins, cloves, sugar and flour as well as the services of a woman who baked the giant communal cake, likely on an open hearth.

The first recipe for this giant cake was published in 1796 in a nascent United States of America. It was printed in the second edition of “American Cookery,” a recipe collection penned by Amelia Simmons, considered the first American cookbook author. Simmons dubbed it Election Cake, which was more of a yeasted sweet bread studded with fruit and soaked in booze, a nod to England’s Great Cake tradition. Her recipe called for an unimaginable 30 quarts of flour, 10 pounds of butter and three dozen eggs.