Home CALENDAR of EVENTS One cocktail challenge won, another to be determined 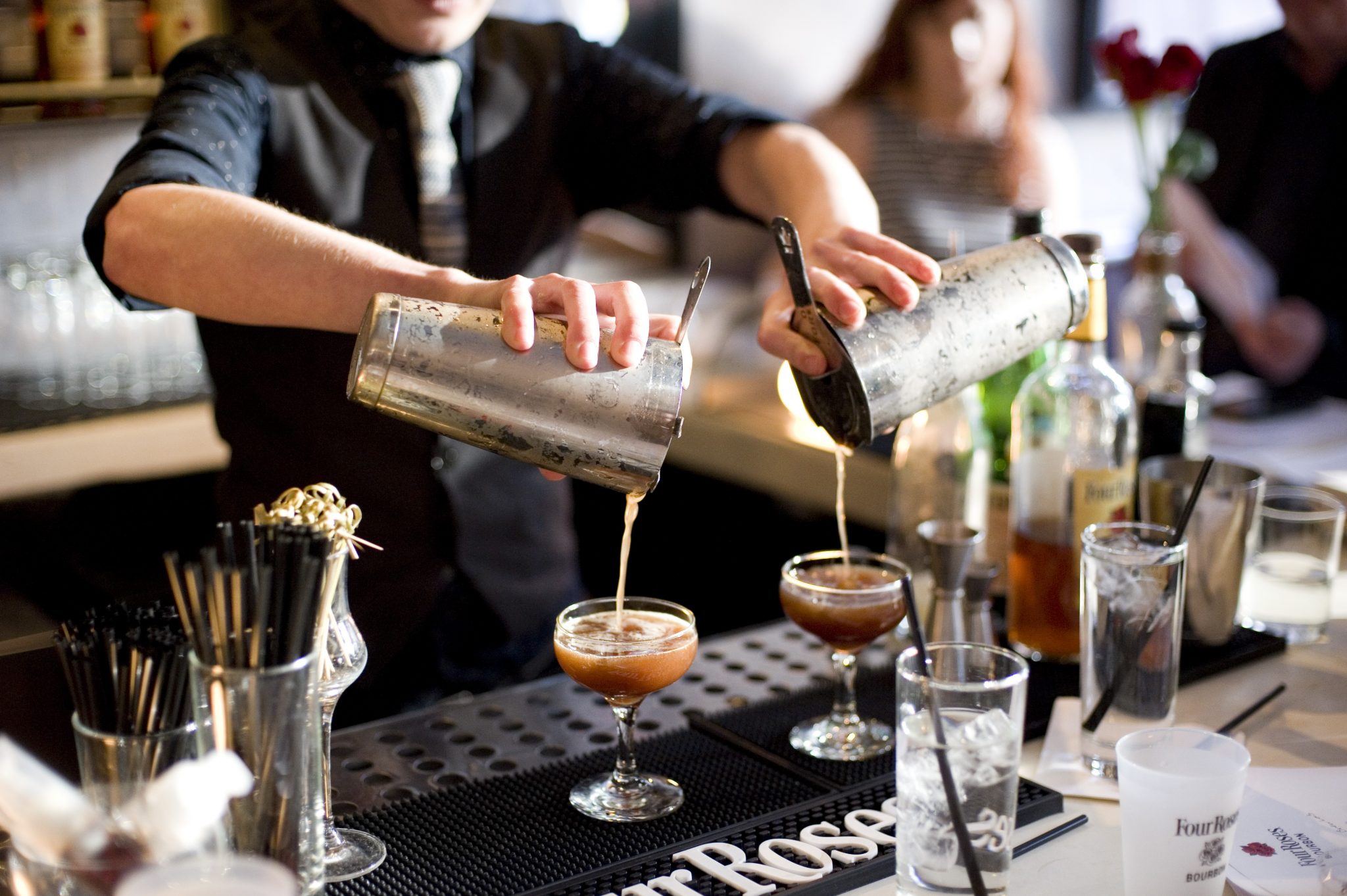 Amusingly named cocktails are at the center of attention today and for the next few weeks. last week, Lilly’s Bistro challenged several Bardstown Rd. bartenders to create new cocktails honoring the achievements of the astronomer Edwin Hubble, who briefly lived in Louisville and taught science in New Albany schools.  And last Saturday Four Roses Bourbon began a 3-week contest challenging NuLu mixologists to create new drinks for the holiday season.

Today, Thursday, Nov. 16, Lilly’s Bistro, 1147 Bardstown Rd., will donate a percentage of proceeds from lunch and dinner to Bloom Elementary School in the Highlands to help support the school’s Owsley Brown II portable planetarium, which provides a unique visual aid for astronomy studies. The event celebrates the birthday of astronomer Edwin Hubble, who taught science in Southern Indiana public schools before he went on to further study of the structure of the universe, and discovered that everything observable in the sky is moving away from every other thing, establishing the concept of the expanding universe, which led to the development of the Big Bang theory.

The Hubble celebration began last Thursday, with a cocktail challenge: create a cocktail the celebrate Hubble’s legacy. Creative bartenders from Lilly’s, Seviche and Joy Luck participated, concocting the Lens Fogger, made with Sazerac, Aperol, Campari and a large comet-like  iceball dotted with fruit (from Lilly’s); the Cosmonaut, from Seviche, a striking, unusual black drink in a martini glass, made with vodka, black curaçao, edible charcoal powder and garnished with a moon (clementine round), stars (teeny sugar stars floating on top) and star dust (a colorful sugar rim); and the winner, Hubble Beginnings, a handsome, layered drink made with bourbon, citrus juice and red wine, created by Joy Luck’s bartender.

In the 3rd Annual NuLu Days holiday Cocktail Challenge, participating bartenders have created signature holiday cocktails, and the public can vote for their favorite cocktail throughout the duration of the contest, which runs through Saturday, December 2.

Guests of the competing bars and restaurants can vote for their favorite entry by posting a photo of the cocktail on Facebook, Twitter or Instagram with the hashtag #NuLuDays and tagging Four Roses.

Participating bars and restaurants, as well as the names of their entries, include the following:

Against The Grain – Fat Bottomed Gourd

Grind Burger Kitchen – Festivus for the Rest of Us

Winners will be announced the week of December 4. The first-place winner will receive $1,000 cash, a signed bottle of Four Roses Single Barrel and a signature barrel head from Four Roses.