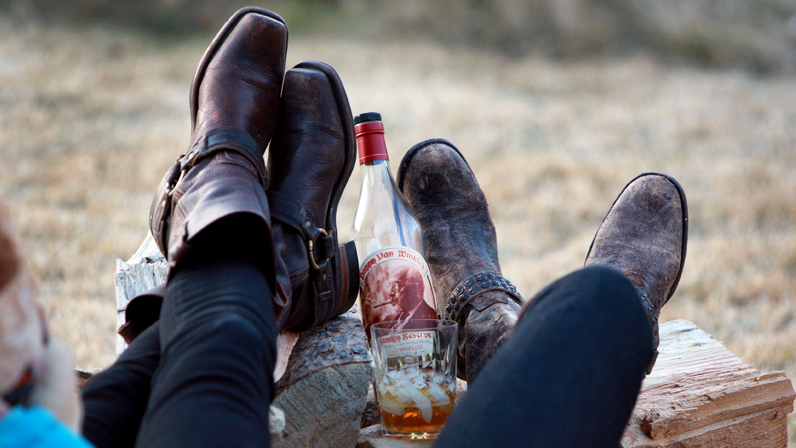 When Pappy Van Winkle bourbon is so highly prized that it can’t make enough to meet market demand, you’d think the ol’ fellers at Old Rip Van Winkle would make more of it. But, no, that’s not what they’re thinking, which could explain why they’re in the booze business and I just write about it.

What they’ve done instead is created a new line of clothing dubbed Pappy & Co., and they’re rolling it out this Saturday (Oct. 19) at Foxhollow Farm.

According to a news release, the new duds can be seen from 3-7 p.m. at a free party that includes—as you’d expect—Old Rip Van Winkle cocktails, Bluegrass Brewing Co. barbecue, grub from Wiltshire Pantry, La Palina Cigars (supplied by Riverside Cigar Shop), and the RELIC Bluegrass Band bringing the tunes.

In addition to the new clothing, the brand is making ball caps, T-shirts, flasks, bourbon glasses and other accoutrement for liquor drankin’.

You say you’ll come for the bourbon but not the clothes? Well, you can go to a VIP party with all the swells for $100 per ticket. That event is hosted by the Van Winkle family and runs from 4-5:30 p.m.

For that load o’ loot you get snorts of Old Rip Van Winkle 10-, 12- and 20-year-old bourbons, lots of appetizers and a Pappy & Co gift bag we’re sure won’t include a taste of the hard-to-get Pappy 23.

Click here to get your tix, or mozy on over to the Pappy & Co. website here for more info,

If you’ve never been to Foxhollow Farm (located at 8905 Highway 329), the best way to go is down Hwy 42 into Prospect and make a right at the stoplight onto Hwy. 329. After about 5 miles, Foxhollow will be on your left.

Others suggest taking I-71 North there and getting off at the Peewee Valley exit, taking a left, driving through Brownsboro—obey the 35 mph. speed limit there, cops are watching—just over 2 miles and you’ll see it on your right.

Here’s the map if you need further details. (Yes, its mailing address is Crestwood, but it’s completely the opposite direction from Crestwood proper.)