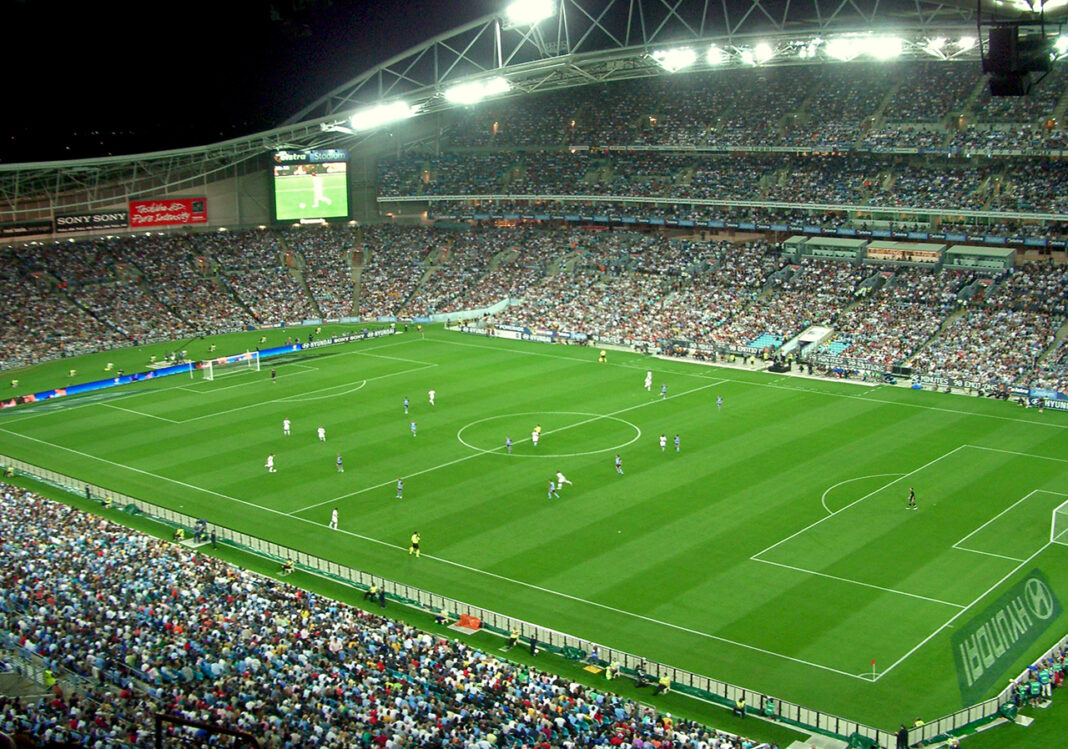 (Editor’s note: The regularly scheduled “Hip Hops” beer column returns next week. In the meantime A Guide to Louisville Craft Breweries, our up-to-date account of the history and the current status of local craft brewing, is featured in F&D #75. It is available now in all the usual locations.)

In American English, a “sports bar” is defined as “a bar or tavern featuring numerous television sets and, often, projection TV systems, which allow patrons to watch a variety of sporting events.”

This makes sense, although pinpointing America’s first sports bar is more difficult. Some sources suggest it was Legends in Long Beach, California, established by a former NFL player in 1979 and crucially equipped with a satellite feed for ballgames.

Others say it was the Anchor Bar in Buffalo, because Buffalo Wings were invented here in 1964, and how can a place be a sports bar without wings?

But the strongest case is for Palermo’s in St. Louis. Located across the street from the old Sportsman’s Park (then home to both the major league baseball Cardinals and Browns), Palermo’s opened in 1933 the day Prohibition was repealed.

First patrons listened to games on the radio, then later watched them on television, and the bar was decorated with sporting memorabilia. You can probably guess which beer they were drinking at Palermo’s.

Parlay is set to open soon at 416 W. Muhammad Ali Blvd. The sports bar will be located in a 2,000-square-foot space formerly home Japanese restaurant Hiko-A-Mon, next to The Seelbach Hotel. Hiko-A-Mon’s Westport Village location is remains open.

Jeremy Cross, co-owner of Parlay, said the restaurant will have a lounge theme with elevated cocktails and an inventive take on classic bar foods. Some items on the menu will include Philly Cheesesteak cheese sticks, pork sandwiches and nachos, just to name a few.

The target opening date is for early November. Cross said the goal is to open before the World Cup, which begins in late November, so Louisvillians can catch watch favorite soccer teams at Parlay.

Parlay’s hours of operation will be mid-afternoon to midnight. There’s no social media presence yet; we’ll update this story when it comes.