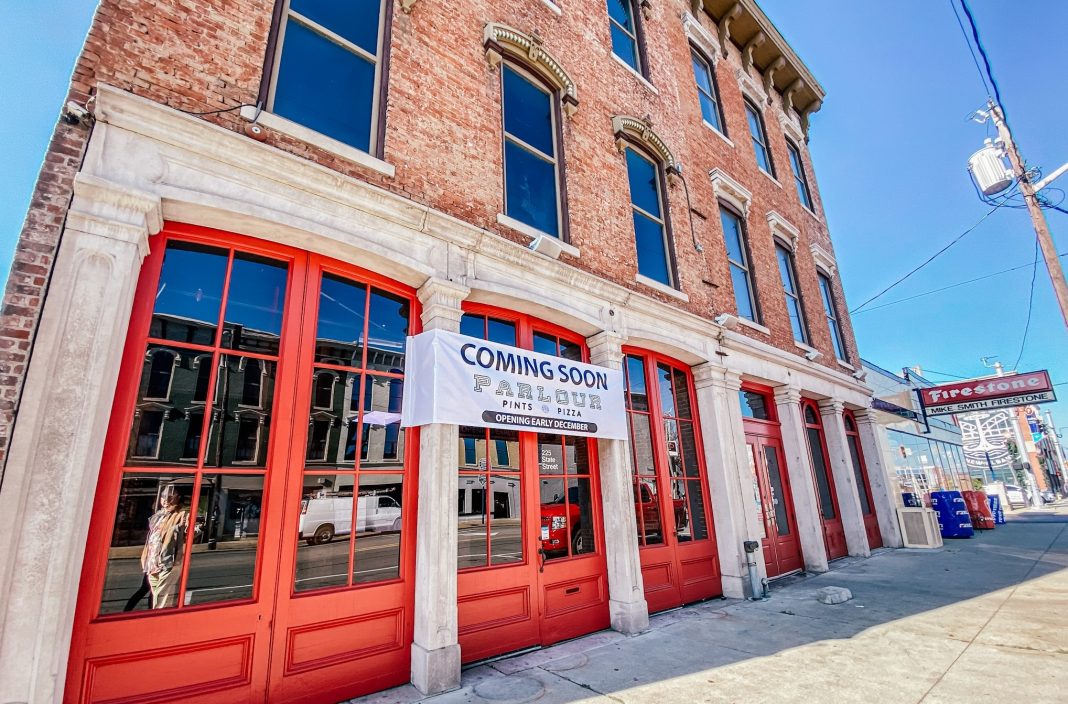 When last we checked with Craft Culture Concepts (CCC) two months ago, the fast-growing restaurant group had announced a new Parlour Pizza for New Albany.

The original Parlour Pizza is located in downtown Jeffersonville, with the second outlet appearing barely two months ago in Louisville on Frankfort Avenue. In a news release, Parlour’s owner Max Bloom, also a managing partner at CCC, revealed that the New Albany location’s vast indoor floor plan offers wider horizons for the brand, including a second-floor “music hall.”

Now for two Louisville restaurant debuts: Smoked on Second and One Thirty Three Bar + Bites, both located on the corner of 2nd and W Liberty Street (133 W. Liberty; previously Griff’s), and both set to cut their grand opening ribbons on Thursday, October 8 (that’s tomorrow).

(As a side note, the Facebook pages for the Smoked on Second and One Thirty Three entities currently are inactive, and the current status of these eateries bears re-examination as Kentucky emerges from restaurant lockdown on Monday, December 14.)

Back in New Albany, Parlour Pizza has pegged its opening for the very same date: Monday, December 14. 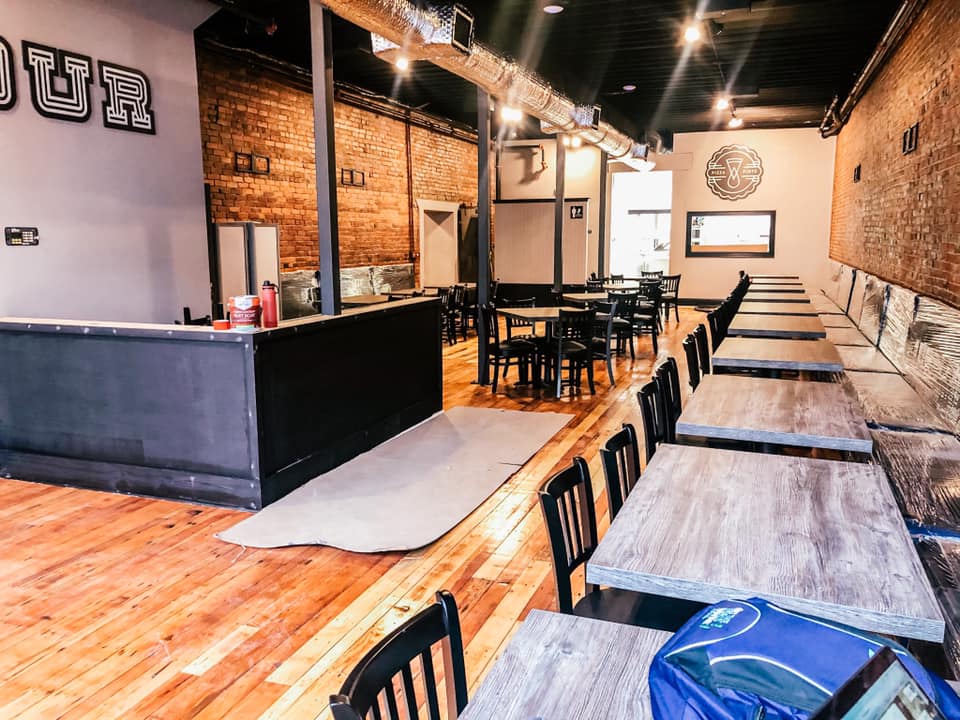 The previous occupant of the (two conjoined) buildings at 223/225 State Street was Wick’s Pizza, which opened in October, 2009 and had a healthy run until mid-2020. Before Wick’s, a jazz-and swing-oriented restaurant called The Speakeasy briefly was located in the space from 2007 through 2008.

As for these two historic buildings: 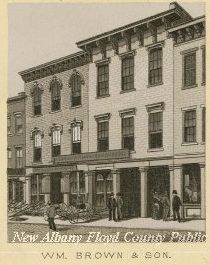 223 State was built in 1860 in the Italianate style. For many years it housed Brown’s Seed Store, an agricultural implements and seed store. By the 1890s, the building to the north – 225 State – had been acquired by Brown and incorporated into his business. This building was also constructed in 1860, and originally used for James McCurdy’s wholesale confectionery and foreign fruit business. The decorative window hoods and bracketed cornices seen on both buildings are characteristic of the Italianate style, and both also retain their original limestone storefronts.